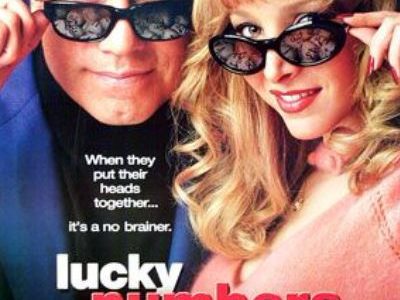 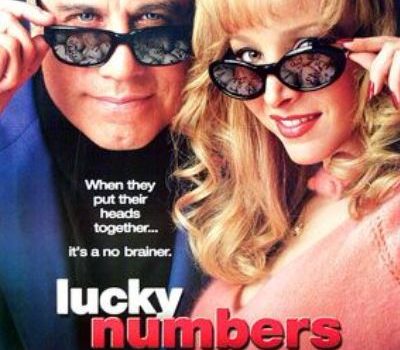 5 Films About Luck and the Lottery

We all dream about winning the lottery because it has the potential to solve all of our problems and make all of our dreams...

We all dream about winning the lottery because it has the potential to solve all of our problems and make all of our dreams come true. With a few million dollars in your pocket, there are very few things you cannot do. The five films that we have chosen for our list focus on the lengths that people would go to become lottery winners, but also on the aftermath of this immense windfall. In this article, we will tell you about these amazing films and their special take on luck and the lottery. So, get your numbers ready, buy your lottery tickets and enjoy!

To win the lottery, you need a huge stroke of luck and just the right amount of inspiration to guess the winning numbers. But if you don’t have the time to wait for inspiration to come, then you have to switch to the ultimate plan B, which involves scamming your way into winning the big jackpot. But as TV star Russ Richards finds out in this 2000 film, such a plan could prove far more difficult than it appears to be initially because when it comes to a million-dollar prize, there are very few people you can trust. This star-studded film stars John Travolta, Lisa Kudrow, Tim Roth, Ed O’Neal, Bill Pullman, and Michael Moore. It relays the adventurous journey of deeply flawed but likable hero towards solving the problems that have caught up with him.

This 1998 film is also centred on a lucrative attempt to scam the lottery. Ned Divine of Tullymore, a small village in Ireland, is shocked to find out he has won the grand jackpot. In fact, the shock is so big that it brings him to an abrupt death. When Jackie O’Shea and David Kelly find out about his win, they decide to run an elaborate scheme to collect his prize for themselves. Their plan involves the entire town of Tullymore in the collective effort to trick the lottery inspector into thinking that Ned is still alive. Find out whether or not the people Tullymore manage to get their share of Ned’s big win in this charming comedy.

Winning the lottery can change everything. It can make all of your wildest dreams come true, even those involving a love interest that appeared unattainable before the millions. In this tumultuous comedy, Ben Keller murders a young woman and steals her lottery winning ticket, which earns him $36 million and the imminent affection of his long-term crush, Lucy. Things appear to be going smoothly for Ben and Lucky as they get married soon after his win, but the entire situation takes an unexpected turn when Lucy finds out that Ben is actually a serial killer who murders women who look like her. She then has to figure out the best way to stay alive until the next lottery check comes in so that she can get the fruit of her gold-digging labour and run away to safety.

As we have mentioned above, there is almost nothing you can’t do with a few million in your pocket. Lottery winner Alice Klieg proves that perfectly when she manages to create, produce, and star in a TV show about herself. Alice suffers from borderline personality disorder and views her big lotto win as a sign that she no longer needs her medication. Set on making her Oprah dream come true, she ignores her therapist’s advice and unleashes the uncensored version of Alice onto the world. Her show, “Welcome to Me”, is unlike anything the TV world had ever seen and it provides viewers with a truly unique approach to the small things in life.

The last film on our list is a modern fairytale about generosity and true love. Charlie Lang is a true prince charming who surprises the entire world when he decides to keep the promise he made to his waitress to give her half of the lottery prize he wins with his ticket as a tip. This is how Yvonne Biasi receives a $2 million tip and becomes a lottery winner herself. While Charlie is immensely happy with his decision and continues to live a normal life even after becoming a millionaire, his wife, Muriel, views the lottery win as an opportunity to spread her wings onto even larger wealth and fortune. “It Could Happen to You” shows viewers how soulmates can find themselves in the oddest of situations and how certain things in life are priceless.

These five films relay the endless potential of winning the lottery and explore the complex emotions that winners are faced with. What would you do with million-dollar jackpot? How would you use your fortune to make a big change in your life and make all of your dreams come true?