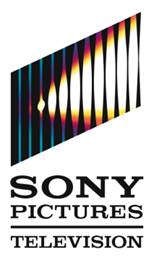 Unique Programming Event Features a Collection of 9 Films, Accompanied by Specially Created Conversations with the Writer/Director Airs in Advance of the Theatrical Release...

Unique Programming Event Features a Collection of 9 Films, Accompanied by Specially Created Conversations with the Writer/Director Airs in Advance of the Theatrical Release of His Original Film

Once Upon a Time…in Hollywood

LONDON, UK (16/7/2019) – Sony Pictures Television today announced that in advance of the highly-anticipated theatrical release of Once Upon a Time…in Hollywood, Sony Movie Channel will air “Once Upon a Time…in Hollywood and Quentin Tarantino Present the ‘Swinging Sixties, A Movie Marathon’”, a series of 9 films from the Columbia Pictures library, dating from 1958 to 1970, personally curated by the writer/director, all of which served as a specific influence in the creation of his latest 1969-set film. The film series will begin on 5 August 2019.

Interstitial segments featuring specially created conversations between Tarantino and noted film writer and historian Kim Morgan will accompany each film, along with a first look at scenes from Once Upon a Time…in Hollywood.

“Sony Pictures made their Columbia Pictures catalogue available to me so that I could select a series of films representative of the era in which Once Upon a Time…in Hollywood is set, The Swinging Sixties. I’m thrilled to host these movies so we can enjoy them together,” said Quentin Tarantino.

The nine films that comprise this unique series, ‘Swinging Sixties a Movie Marathon’, are:

In a collaboration between several Sony Pictures units, films from the series will air on Sony Pictures Television’s networks in over 60 territories worldwide. The series will premiere on Sony Movie Channel (Freeview 32, Sky 321, Virgin 425, Freesat 302) beginning Monday 5th August, with the films airing nightly (either individually or as double features) as a lead up to the Wednesday 14th August theatrical release of Once Upon a Time…in Hollywood.

About Once Upon a Time…in Hollywood

Quentin Tarantino’s Once Upon a Time…in Hollywood visits 1969 Los Angeles, where everything is changing, as TV star Rick Dalton (Leonardo DiCaprio) and his longtime stunt double Cliff Booth (Brad Pitt) make their way around an industry they hardly recognize anymore. The ninth film from the writer-director features a large ensemble cast and multiple storylines in a tribute to the final moments of Hollywood’s golden age.

About the ‘Swinging Sixties, A Movie Marathon’ films:

After returning to Los Angeles from a group therapy session, documentary filmmaker Bob Sanders (Robert Culp) and his wife, Carol (Natalie Wood), find themselves becoming vigilante couples counsellors, offering unsolicited advice to their best friends, Ted (Elliott Gould) and Alice Henderson (Dyan Cannon). Not wanting to be rude, the Hendersons play along, but some latent sexual tension among the four soon comes bubbling to the surface, and long-buried desires don’t stay buried for long.

Distraught when her middle-aged lover breaks a date with her, 21-year-old Toni Simmons (Goldie Hawn) attempts suicide. Impressed by her action, her lover, dentist Julian Winston (Walter Matthau) reconsiders marrying Toni, but he worries about her insistence on honesty. Having fabricated a wife and three children, Julian readily accepts when his devoted nurse, Stephanie (Ingrid Bergman), who has secretly loved Julian for years, offers to act as his wife and demand a divorce.

Wyatt (Peter Fonda) and Billy (Dennis Hopper), two Harley-riding hippies, complete a drug deal in Southern California and decide to travel cross-country in search of spiritual truth. On their journey, they

experience bigotry and hatred from the inhabitants of small-town America and also meet with other travellers seeking alternative lifestyles. After a terrifying drug experience in New Orleans, the two travellers wonder if they will ever find a way to live peacefully in America.

With the threat of the Vietnam draft looming over his head and the realities of unemployment sinking in, 26-year-old Californian George Matthews (Gary Lockwood) becomes increasingly hopeless about his future. Failing to relate to his live-in girlfriend, Gloria (Alexandra Hay), the young man finds himself drawn to Lola (Anouk Aimée), a model whom he photographs. In a desperate bid to make a meaningful connection, George decides to take a chance on having a romantic tryst with Lola.

Graduate student Harry Bailey (Elliott Gould) was once one of the most visible undergraduate activists on campus, but now that he’s back studying for his master’s, he’s trying to fly right. Trouble is, the campus is exploding with various student movements, and Harry’s girlfriend, Jan (Candice Bergen), is caught up in most of them. As Harry gets closer to finishing his degree, he finds his iconoclastic attitude increasingly aligned with the students rather than the faculty.

Rancher Lee Hackett (Van Heflin) spends so much time trying to keep the violent streak of his son Ed (Tab Hunter) in check, he neglects the needs of his other son Davy (James Darren). When Ed’s temper results in the death of an innocent Native American, Lee tries his best to cover his son’s tracks by making a deal with unscrupulous horse trader Jensen (Ray Teal), who falsely testifies on Ed’s behalf. But it becomes clear that Ed can’t change, and a shootout between father and son ensues.