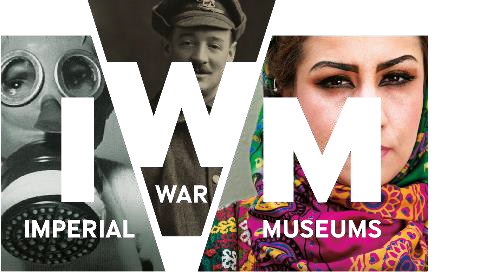 Imperial War Museum London (IWM) is delighted to announce additional daily screenings of academy award-winning film director Peter Jackson’s recently world-premiered film They Shall Not Grow Old*, co-commissioned by 14-18 NOW and IWM, as part of its 2018 IWM Short Film Festival which will take place at IWM London** from 25-29 October 2018.

In addition to these screenings, the free festival showcases 28 shortlisted films that present challenging, inspiring and experimental responses to past and contemporary conflict. This year, the annual festival also forms part of IWM’s Making a New World, a season of innovative exhibitions, installations and immersive experiences exploring how the First World War has shaped the society we live in today.

Selected from almost 100 entries, the films presented comprise documentaries, dramas and animations by student, amateur and professional filmmakers. True events are recalled in Mike Palmer’s Bomb Girls: Scarboro’s Best Kept Secret, which tells the story of remarkable women working in a top secret munitions factory. Katia Lom’s Triptych reveals, through a rich combination of live action, poetry and animation, a highly personal account of flight from Czechoslovakia during the anti-Semitic Slansky Trials of 1952. Creative responses to war and conflict bring fresh interpretations in The Hun by Tyler Mendelson, a probing drama that lays bare the realities of First World War trench warfare, while Alice Pennefather’s The Sun is God uses dance to explore themes of loneliness, love and longing in a wife’s wait for her husband to return from war. From refugee journeys and the claustrophobia of submarines to war games, films have been categorised into a packed programme of themes, including courage, fear and identity.

The films have been judged by a respected panel of film industry experts in two categories, The Annie Dodds Award for Best Documentary and Best Creative Response, with four additional awards for: Best Use of IWM Archive Material; Best Student Film; the Audience Vote Award; and the IWM Special Category: Making A New World, which encourages cinematic responses to IWM’s Making A New World season.

Helen Upcraft, IWM Short Film Festival Director, says: “We’ve been really impressed by the quality of this year’s entries, and it was a real challenge to create the 2018 official selection. The festival programme covers a huge range of topics, from the Spanish Civil War to Suffragette Banners, explored through many genres including animations, dramas and factual documentaries. We are very excited to be a part of the Making A New World season with our Special Category focusing on films exploring the First World War.”

Alison Ramsey, who won the Short Film Festival’s Best Use of IWM Archive Material with the film Deeds not Words: Suffragette Surgeons of WWI in 2017, says: “The award has been great for our production company Digital Drama. Seeing our winning film tour venues across the country as part of Women’s Work 100, a programme led by IWM’s First World War Centenary Partnership, has been amazing. Furthermore, I feel that the award has helped raise our profile as filmmakers because it really is a marker of quality in the field.”

As part of this year’s programme and following the world-premiere at the London Film Festival on 16 October 2018, IWM is delighted to be presenting daily viewings of They Shall Not Grow Old, Peter Jackson’s

new film, co-commissioned by 14-18 NOW and IWM in association with the BBC. The film, screening at the festival in 2D, has been created exclusively with original footage from IWM’s film archive and audio from BBC archives. Footage has been colourised, converted to 3D and transformed with modern production techniques to present never before seen detail, offering a new perspective on the First World War. They Shall Not Grow Old is directed by Peter Jackson, produced by Peter Jackson and Clare Olssen and edited by Jabez Olssen. Co-commissioned by 14-18 NOW and Imperial War Museums in association with the BBC. Produced by WingNut Films and Executive Produced by House Productions. Supported by the National Lottery through the Heritage Lottery Fund and the Department for Digital, Culture, Media and Sport. Special thanks to Matthew & Sian Westerman with additional support from The Taylor Family Foundation, The Moondance Foundation, Welsh Government, Scottish Government, British Council, Tim & Sarah Bunting, Jacqueline & Richard Worswick and one anonymous donor.

Between 25 and 29 October, audiences will have the opportunity to view shortlisted films in the Cinema at IWM London, which will be open to the public on a free, drop-in basis. Screenings will take place every day from 11am to 4pm, with screenings of Peter Jackson’s They Shall Not Grow Old taking place daily at 5pm and 7pm. In addition to this programme, IWM is delighted to be hosting a ticketed event, Conflict on Screen: Best of IWM Short Film Festival 2018 at Picturehouse Central on Monday 29 October, which will present the most hard-hitting, relevant and inspiring films relating to war and conflict from our 2018 Film Festival programme.

Festival winners will be announced at a private award ceremony on 24 October 2018. Prizes to be awarded include an archive and restoration package up to the value of £5,000 with R3Store Studios Ltd; unlimited use of clips from the footage library of R3el.com for an upcoming production up to the value of £5,000; a 12-week paid internship with October Films; five days access to a fully equipped studio space or high-end post-production facilities at London South Bank University; and use of one of King’s College London’s historic venues for a film premiere event. Previous winners have gone on to secure permanent roles following winning placements as a result of their entries.