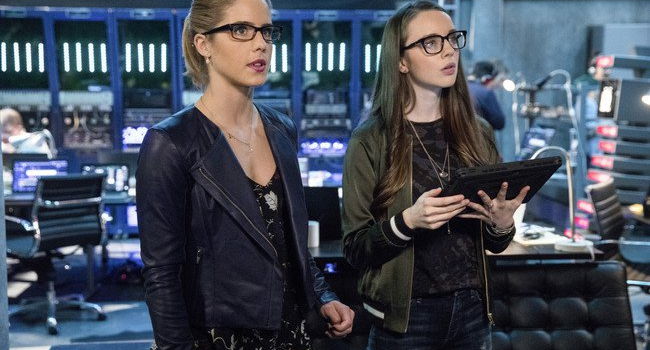 Oliver comes full circle with the Bratva by inviting Anatoly in Star City. Oliver is at an all time low after last week’s mental...

Oliver comes full circle with the Bratva by inviting Anatoly in Star City. Oliver is at an all time low after last week’s mental and physical breakdown, so he enlists the Bratva to kill Chase. Having lost all hope and will to continue to put on his hooded ego, this week’s episode shows Oliver climbing out of the rubble to set the scene for the last few episodes of the season. In an almost reverse episode from last; almost no flashbacks were seen, set heavily between Oliver’s torn emotions between himself and his two factions.

After confessing about his one true love, Oliver decides to disband Team Arrow in hopes he keeps that love all for himself. In a very emotionally distraught Oliver, Team Bratva have been summoned to replace Team Arrow. He’s so lost that Oliver decides to call Anatoly to do his dirty work, seemingly hypocritical because hiring someone else to kill is better than killing yourself. However, the Bratva also have their own agenda by stealing drugs. In his disillusioned state Oliver makes a deal to let them take the drugs, and once a deal is made in Bratva, it stays in Bratva.

With a few more episodes to end the season, it was obvious that Anatoly would not succeed in killing Chase. Instead, Disbanded featured a clash between two ideals, as Team Diggle and Team Bratva both have their methods to take Chase down. One was more than okay with killing them right now, but the other wanted to inflict a bit more justice and possibly kill him later? It was a rescue of both Chase and Oliver, from the Bratva and from Oliver to spiral down any further.

It was a lost opportunity for the show to feature another emotionally heavy scene, to battle two different morals. Whilst the Bratva aren’t exactly a team of Justice, season 5 made it very clear through the flashbacks that Anatoly is a stand up guy and he was set on a path with Oliver to make things right with the Bratva. Even though the flashbacks might not have featured any Oliver, we also see a very broken down Anatoly. A person who had to go through hell to remain where he was and to keep the Bratva together. This episode failed to showcase the struggle of Anatoly that ultimately made him not relatable. It also made arguments between Anatoly and Oliver very unnatural. The two factions were there to exemplify Oliver’s inner struggle, one that just wants his problem to end, and the other to make things right and become the man he needs to be. The lack of presence and contact between the two sides failed to showcase any sort of simultaneous emotional turmoil Oliver was going through. Besides a few fight sequences, the separation between the two sides did not feature anything we didn’t already know about Oliver.

As Diggle tried to set Oliver back on his feet and Anatoly insists on stealing drugs, Felicity, and now also Curtis, are using their technological knowledge with Helix to take Chase down. It is very hard to believe, while all the action is going on, nobody seemed to care to figure out what Felicity and Curtis were busy doing, potentially letting the Bratva kill a bunch of hostages. Nonetheless, using Curtis’ new tech and Felicity’s hacking supremacy, they try to reverse engineer the clip when Adrian Chase takes off his mask on a rooftop. Their success is met with Quentin ordering Chase to be arrested. However, Chase’s texting powers senses that his bodyguard’s text was an order to capture him, so he decides to kill a man with a pen. In a light-hearted tone, the episode ends with Chase driving away in a bloody state.

In the end, Disbanded may have asked a lot more questions than necessary. Anatoly and Oliver rekindled their friendship, Team Helix know the members of Team Arrow (But at this point who doesn’t?) and Oliver got new black costumes. We still don’t know if Team Helix are good or bad, and with Chase on the run, they are literally chasing Chase. In a death of superman-esque costume party, Oliver’s soul might have died, so does this mean he is embracing his darker side? Is the Bratva going to stay and help Oliver? Where is Talia and Evelyn? Did everyone get a new costume? What is there left for Prometheus to do?

Arrow airs on Wednesdays on The CW.