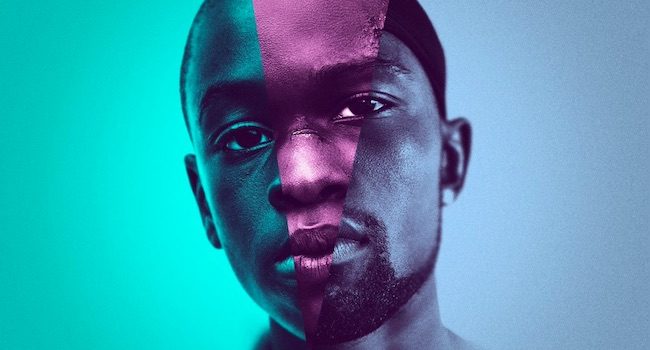 ‘At some point you’ve got to decide who you wanna be. Can’t let nobody make that decision for you’. The wise words of Mahershala...

‘At some point you’ve got to decide who you wanna be. Can’t let nobody make that decision for you’. The wise words of Mahershala Ali’s Juan to Alex Hibbert’s Chiron, nicknamed Little.

For me, it was a cathartic decision that personally took until the age of twenty-four to finally make. Remaining muted in fear of being mocked. Wanting to hide away from the wider world, only accentuating the sense of loneliness and isolation felt, often meandering through life craving clarity and connection. Whilst finally coming to terms with myself and lead an authentic life as a proud gay man was a wonderful feeling, the common rhetoric that coming out instantly fixes all the problems encountered is somewhat misguided.

The apprehension to commit. Barrage of abuse. Deep self-doubt. It can be a very gradual and ongoing process for many of us to purify our mental state of mind and to find our place. Never clinical, always considered, Barry Jenkins’ Moonlight is a vital depiction of such self-discovery.

Exquisitely spliced between three time periods, we bare witness to the remarkable coming-of-age story of Chiron, alternating between Hibbert’s introverted adolescent, Ashton Sanders’ traumatised teen and Trevante Rhodes’ seemingly headstrong adult. His troubled beginnings are anchored deep in the heart of 1980’s Miami, as it effectively captures the complexities of the unlikely dynamics that dominate a drug-heavy neighbourhood, merely amplifying the difficulty of Chiron’s own emotional state.

The love and affection showered on him by local dealer Juan (Ali) and his considerate girlfriend Teresa (Janelle Monae) as they embrace Chiron like he’s their own flesh and blood, is juxtaposed with the brutal and addictive personality of Naomie Harris’ mother figure Paula, almost taunting her son as she is all too aware of why he’s bullied so heavily. As the vicious verbal slurs directed towards Chiron are constant, it does create a bittersweet symmetry with his continuous attachment and attraction to Kevin (Jaden Piner/Jharrel Jerome/Andre Holland), becoming all too familiar with the profound pain and overwhelming beauty that can enrapture such a relationship.

Moonlight, through aesthetic and dialogue, typifies why less is often so much more. The deliberate slow-burning pace creates a stifling authenticity in chronicling the emotional development of Chiron, conveying to its audience through the sheer subtlety of a facial expression or the silences that only allow the intensity and drama of a sequence to swell.

The creation of a lyrical, dream-like visual palette by director Jenkins only helps to reinforce the power and pain littered within the stylish simplicity of its narrative. The particularly exquisite use of the pan shot as the inquisitive nature of a young Chiron spills onto the table with a concerned Juan and Teresa looking to reassure him, counterpointed by the terrible Tyrell (Patrick Decile) as he circles around him like a shark in the middle of an ocean, almost baying for blood.

Floating in the middle of the sea. Burying his bruising face in a sink filled with iced water. You could almost consider his character trajectory as a baptism, looking to dampen the fiery tempers and disregard the opposing attitudes he’s encountered throughout his life.

As our lead protagonist begins uncertain, the assured philosophical tone of Mahershala Ali’s Juan anchors Moonlight gracefully as the film refuses to demonise his way of life, instead choosing to enhance the positive influence he ultimately proves to be. Whilst Janelle Monae illuminates the screen as Teresa, who continues to be as dependable an on-screen presence as she is onstage, as she encourages Chiron to buy into her ‘all love all pride’ stance.

The drug dependency of Paula is startling in its realisation, showcased through a heart-wrenching turn from Naomie Harris, as she begrudgingly admits to her failings. But it’s the collective fragility and tenderness that seamlessly navigates through the respective portrayals of Chiron and Kevin, as it breaks down such pesky and potentially harmful stereotypes which is the film’s greatest achievement.

It aches, it loves and it takes your breath away, and rather like Chiron years from now, I truly believe Barry Jenkins’ Moonlight will continue to endure and be looked upon with fondness.