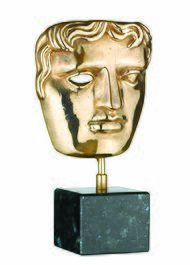 EE British Academy Film Awards | For The Love Of Film: The search for the nation’s local film heroes has begun

BAFTA SEARCHES THE NATION FOR LOCAL FILM HEROES WITH ‘FOR THE LOVE OF FILM’ COMPETITION Entries now open for the second annual competition recognising...

Following a hugely successful inaugural year, which drew hundreds of applications from across the country, BAFTA is once again searching the nation for inspiring individuals and local heroes who help their communities’ access and engage with film.

Do you know someone who fought to save your local cinema? Set up a film festival in your town? Or runs a film club for their local care home? BAFTA are looking to celebrate these individuals and are asking the great British public to submit applications on behalf of someone who they feel should be recognised for their amazing contribution. Entries for this year’s competition are now open at www.bafta.org/film/awards/for-the-love-of-film-competition-2019 , with the deadline for submissions Monday 2nd December 10am GMT.

Olivia Colman, Leading Actress winner 2019, has lent her support to this year’s campaign, and highlights London’s Peckhamplex as a great example of that community spirit.

“It’s really exciting to see BAFTA honour and recognise people who work tirelessly to share the joy of film with their local communities. The ‘For the Love of Film’ competition is an excellent platform to showcase the unsung heroes of the UK’s film industry.”

“A brilliant example of an organisation playing a vital role in making movies accessible to their community is local cinema, Peckhamplex – they provide all films all day at one affordable price, amazing Q&As and special interest weeks. They are really community minded and helpful; I couldn’t praise them enough.”

Amanda Berry, Chief Executive of BAFTA, said: “Film has the power to change lives, which is why BAFTA is committed to celebrating inspiring individuals from across the UK who are ensuring that film is at the heart of their local communities. Last year I was so impressed by the work of both Screen Machine and Jam Jar Cinema and I can’t wait to see who is selected this year.”

The two chosen winners will get the once in a lifetime opportunity to join BAFTA and EE in celebrating the country’s biggest night in film at the EE British Academy Film Awards on the 2nd February 2020.

The inaugural ‘For the Love of Film’ competition honoured Dan Ellis – Founder and Managing Director of Jam Jar Cinema and Iain MacColl – Senior Operator, Screen Machine. Find out more about last year’s winners, watch and share their short documentaries below:


The EE British Academy Film Awards take place on Sunday 2 February. The ceremony will be broadcast exclusively on BBC One and BBC One HD in the UK and broadcast in all major territories around the world. On the night, www.bafta.org will feature red carpet highlights, photography and winner’s interviews, as well as dedicated coverage on its social channels including Facebook (/BAFTA), Twitter and Instagram (@BAFTA / #EEBAFTAs).