“epic fun… a historically hilarious jumble of facts and fun…high Vs all round” Jason Solomons, BBC Radio London   “A really fun family movie”...

Ahead of nationwide previews in select UK cinemas this Saturday and Sunday, Altitude unleash a brand new clip for HORRIBLE HISTORIES: THE MOVIE – ROTTEN ROMANS (in cinemas nationwide 26th July) which sees the Romans and Celts battling it out for Britain. 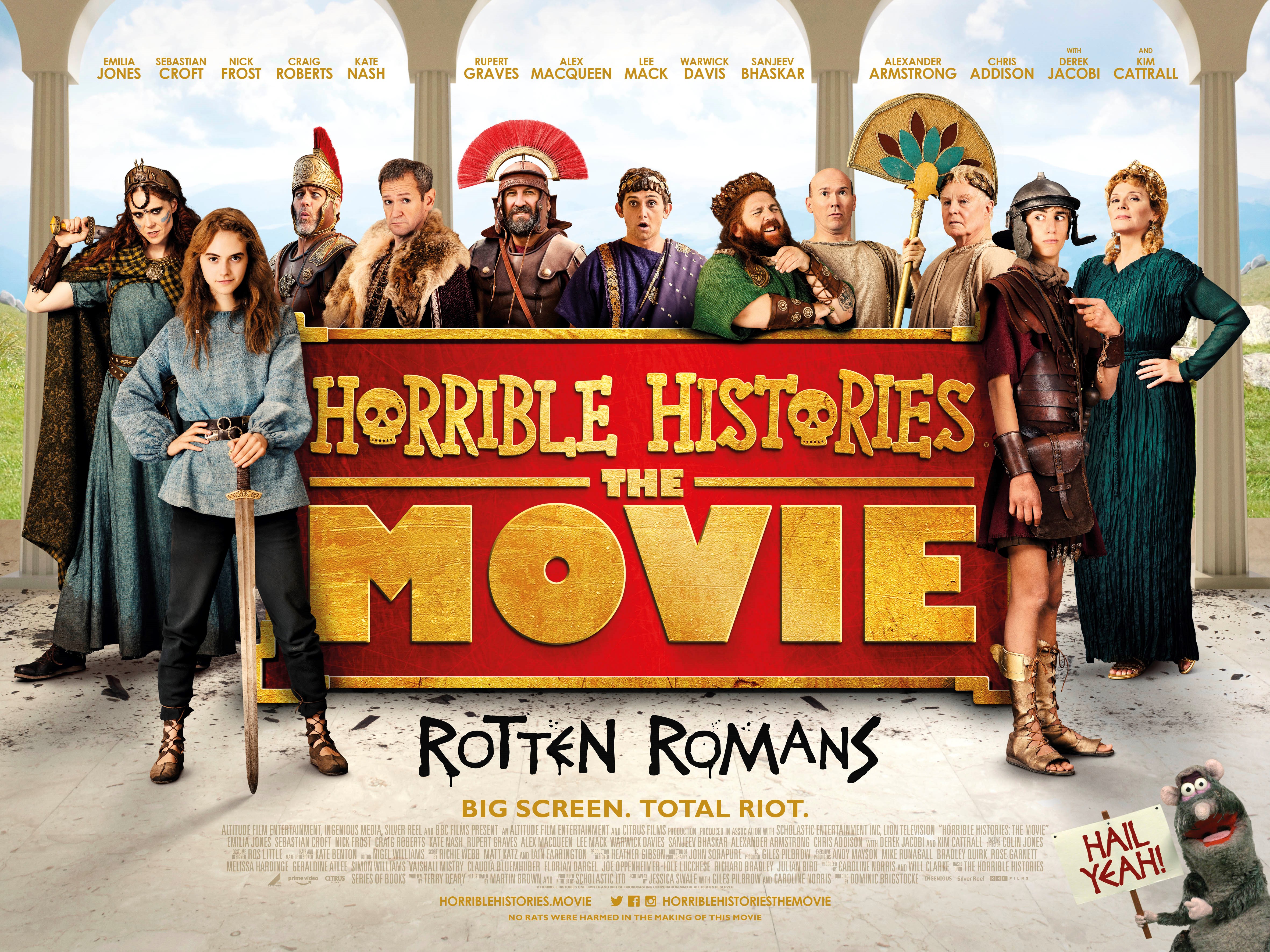 Atti (Croft) is a Roman teenager with brains but very little brawn.  When one of his schemes falls foul of Emperor Nero (Roberts) Atti is forced to join the army and sent to miserable, cold, wet Britain.  Things go from bad to worse when Atti is captured by Orla (Jones), a feisty teenage Celt desperate to prove herself as a warrior.  Meanwhile a furious Nero is determined to crush the British rebellion, led by Boudicca (Nash).  As the Romans prepare for an historic showdown with the Celts at the Battle of Watling Street the two new friends find themselves lined up on opposite sides of the battlefield.

HORRIBLE HISTORIES: THE MOVIE – ROTTEN ROMANS is being produced by Altitude and Citrus Films in association with Scholastic, Lion Television, Ingenious Media, BBC Films, CBBC, Silver Reel and with the support of Amazon Studios.

Schools will be able to arrange special end of term preview screenings from 8 July.  Contact groupbookings@altitudefilment.com

Further details including cinema listings and ticket purchasing, are available at HorribleHistories.film

HORRIBLE HISTORIES: THE MOVIE – ROTTEN ROMANS IS RELEASED IN UK AND IRISH CINEMAS ON 26 JULY