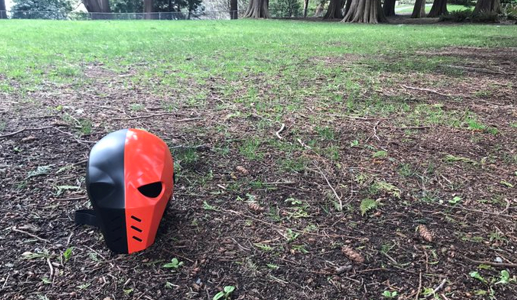 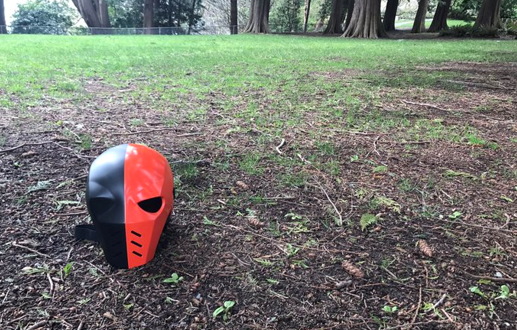 It’s been long rumoured and demanded. But finally, Arrow co-creator Marc Guggenheim has officially confirmed via Twitter, that fan-favourite antagonist Deathstroke (aka Slade Wilson) will be returning to The CW action drama. Once again portrayed by Manu Bennett, in its season 5 finale. Guggenheim’s post from yesterday (with Bennett himself tagged) shows a scan of a script cover sheet, detailing production notes, captioned – “Guess there’s really no point in hiding it anymore…”.

Lead actor Stephen Amell (Oliver Queen/Green Arrow) had previously hinted to this on his Twitter account – less than an hour before. With an image of Deathstroke’s iconic mask.

Wilson first appeared during Arrow‘s first season, befriending Oliver Queen whilst both were marooned on Lian Yu, which is incidentally the title of the episode. During the show’s second season, their relationship had deteriorated and the former close friends became sworn enemies. Their rivalry is long remembered as an overall series highlight.

Whilst we ponder Deathstroke’s re-emergence and ultimate effect on Oliver, no less the rest of Team Arrow – viewers may not see what they’d expect. Executive Producer and writer Wendy Mericle, speaking recently with Entertainment Weekly, has stated that there may just be a surprise in store….

Does this refer to Slade? It certainly seems to suggest so. Prometheus has been one hell of a thorn in the sides of Team Arrow this year, and maybe Wilson could be the trump card. But with Oliver’s and the team’s long list of adversaries, it’s possible we see more than one unlikely partnership. In the meantime, check out our review for the latest episode of the show here.

Check back at Filmoria for more on Arrow and the rest of the CW Arrowverse.