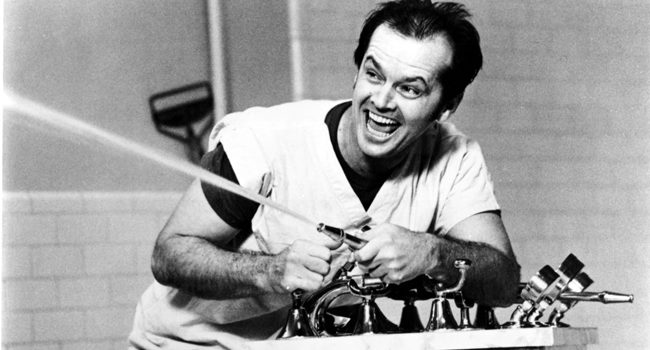 The 1975 adaptation of a best-selling Ken Kesey novel, which to this day is still considered an undisputed classic of that decade along with...

The 1975 adaptation of a best-selling Ken Kesey novel, which to this day is still considered an undisputed classic of that decade along with being an intelligent cinematic depiction of mental health and its practices, One Flew Over The Cuckoo’s Nest is returning to UK cinemas later this year.

Just ahead of leading man Jack Nicholson’s 80th birthday (22nd April), who is set to head up an American remake of German dramedy/festival darling Toni Erdmann alongside Kristen Wiig, the film directed by Milos Forman will first be getting the BFI treatment on Friday 14th April.

A winner of five Oscars (Best Picture/Director/Actor/Actress/Screenplay), ‘Nest boasts an astonishing performance from Nicholson as Randle McMurphy whose simulation of a mental illness is rumbled by the strict Nurse Ratched played by Louise Fletcher, only leading him to cause constant disruption alongside his fellow ‘patients’ (Danny Devito to name one).

We are certainly relishing the prospect of seeing this cinematic great on the big screen.

You can view the new trailer marking its re-release below!