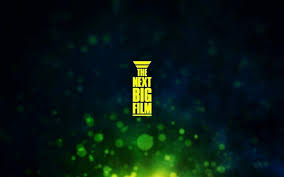 Leeds based The Next Big Film has teamed up with Northern Morris Cinemas to launch a new and exciting ‘Box Office Contest’ exclusively for UK...

Leeds based The Next Big Film has teamed up with Northern Morris Cinemas to launch a new and exciting ‘Box Office Contest’ exclusively for UK film fans, offering the chance to win free cinema tickets.

Through The Next Big Film app, film lovers are able to participate in a one-of-a-kind box office prediction game, which tests their knowledge of film and gaming strategy against other moviegoers. In return, players can win cinema vouchers for Northern Morris Cinemas, or additional playing credits to boost their account totals which could push them to the top of the leader board.  The contest will run over one month and three new winners will be announced each week.

During the contest, big releases such as ‘Fast & Furious Presents: Hobbs & Shaw’, ‘Once Upon a Time… in Hollywood’ and Disney’s ‘The Lion King’ will be auctioned off for players to bid on and win.  Weekly winners will include the players with the most films in their portfolio – the ones who have won the most films at auction.  With a new film released each day, there are plenty of opportunities to get in on the action!

Loosely based on the concept of fantasy football, The Next Big Film is the UK’s first daily play box office game, which enables film fans to compete with fellow film lovers to ‘own’ their favourite blockbusters by predicting which movie they think will perform best at the box office.

Northern Morris Cinemas is an independent chain of cinemas with six venues spread across the North of England.  Based in iconic and historical buildings which celebrate cinema heritage, many of the venues date back to the early 1900’s and retain traditional period features and cinema styling.

Founder and CEO Byron Thomas commented: “We’re really excited about the contest and looking forward to working with a local business who is as passionate about film as we are.  We want players to get on board, spread the word and enter for their chance to win!  If you think you have what it takes, step into our box office challenge.”

Download the app from the App Store before the contest kicks off on 27th July 2019.  For more information about the contest, film details and trailers, or further info on The Next Big Film.