The Scent Of Rain & Lightning Gets Theatrical Release

SP Releasing has acquired the US rights to the thriller-western film The Scent Of Rain & Lightning, starring Maika Monroe (It Follows), Maggie Grace...

SP Releasing has acquired the US rights to the thriller-western film The Scent Of Rain & Lightning, starring Maika Monroe (It Follows), Maggie Grace (Taken) and Bonnie Bedelia (Parenthood). The film will release in theaters and on-demand on February 16, through SP Releasing’s output deal with Echo Bridge Releasing.

“When I watch a movie, I’m hoping to find an authentic world, filled with multi-dimensional characters, and that the act of viewing leaves me touched, moved and inspired,” said director Blake Robbins. “If hours later, or even days later, I find myself reflecting on that movie then I am wholly grateful to all who helped create it, and for having had the experience. That’s what I hope audiences will experience from watching ‘The Scent of Rain & Lightning’. A movie that resonates and lingers.”

Directed by Blake Robbins, and based on a New York Times bestselling novel by Nancy Pickard, The Scent Of Rain & Lightning tells the story of Jody Linder (Maika Monroe), a Midwestern twenty-something whose past resurfaces when the man convicted of killing her parents has his sentence pardoned. Jody begins to question the facts behind her parents’ deaths and gradually faces the possibility that the wrong man was convicted of the crime. The further Jody delves into the past, more and more startling truths begin to emerge about her family’s tragic past, and Jody must put the pieces together to reveal the truth.

The Scent Of Rain & Lightning releases in theatres and on-demand February 16th, 2018, with the DVD release following on March 20th, 2018. 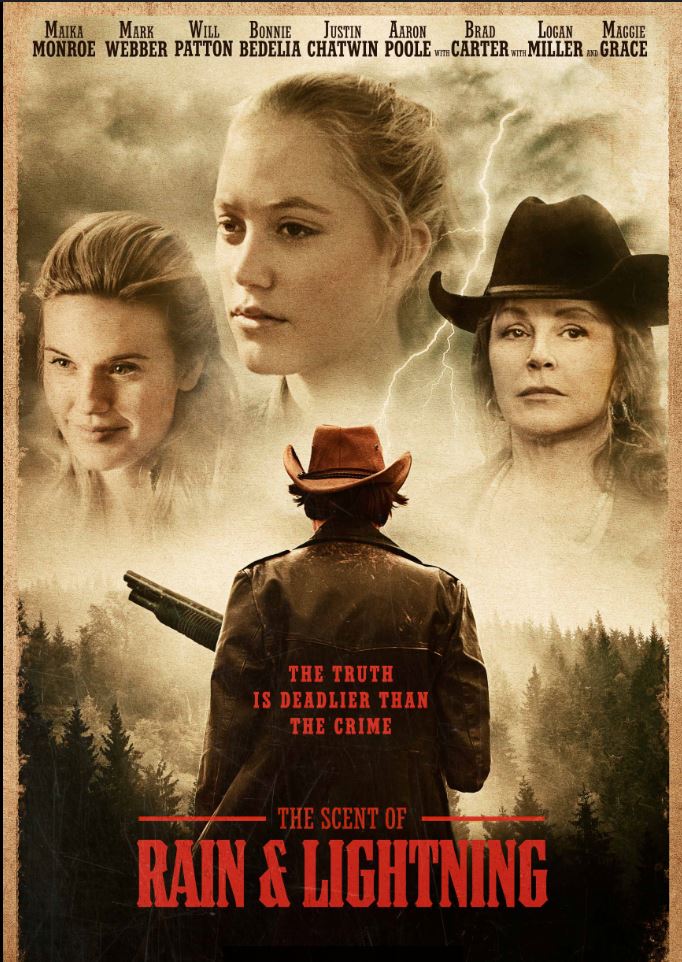