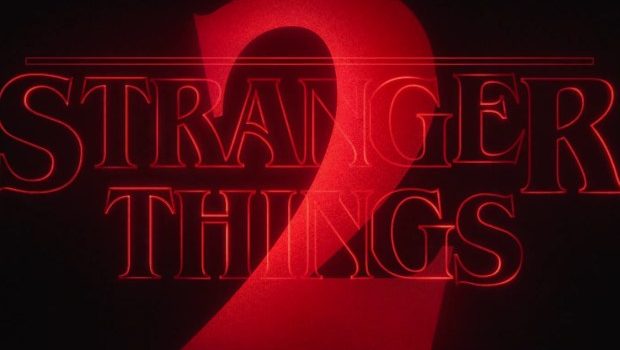 With an incredible comeback from the New England Patriots, led by an inspired Tom Brady securing his fifth Super Bowl, the Super Bowl has...

With an incredible comeback from the New England Patriots, led by an inspired Tom Brady securing his fifth Super Bowl, the Super Bowl has now passed us by yet again for another year. For all the talk of this history-making fightback and Lady Gaga’s unbelievable half-time show, we also were treated to a plethora of trailers and TV spots for some of the year’s upcoming movies and one particular television show we can’t wait to return.

With such big-hitters hoping to win over audiences and secure those all-important bums on seats for the months to come, we look back at just which trailers won Super Bowl weekend and which felt a little underwhelming.

It speaks volumes that a teaser for an upcoming television show created some of the biggest buzz during the Super Bowl, let alone that Netflix have forked out the advertisement money to bring us a teaser for the Halloween release of Stranger Things Season 2.

Of course, we’re massively thankful for just a little bit of footage, with the echoing sound of Eleven’s name and her now trademark nose bleed adorning the screen for a split-second, and the threat of a whole new Upside-Down threat lurking in the sky. It’s perfect marketing and has got us all immediately wishing the year away for its return.

Quite simply the best trailer of the night and it’s not even for a film!

With the news that The Last Knight will indeed be Michael Bay’s last foray into Autobots and Decpticons territory this year, a short teaser for this TV spot reared its head just a day before the Super Bowl and thus made the full-length trailer feel a little underwhelming in truth.

The film of course looks like trademark Bay and echoes what he has forged with the Transformers franchise, but it somewhat felt unsurprising and lacking that real bite we felt when the first look at Optimus Prime fighting Bumblebee surfaced.

A tad disappointing considering this could be a huge hit at the box office this year.

Guardians of the Galaxy Vol.2

If there’s one guarantee it’s that Marvel can always produce a world-beating trailer and they did just that with the latest look at Guardians of the Galaxy Vol.2. Mixing in new footage with some that we’ve already enjoyed in previous trailers, this particular footage was once again delivered perfectly, backed with an undeniable soundtrack entry in Fleetwood Mac’s ‘The Chain’.

Packed with laughs aplenty and some brilliant visuals, we also got a first look at Elizabeth Debicki’s character Ayesha, as well as the likes of Yondu and  Nebula in full-flow action.

Buckle up A-holes, this one’s gonna be a fun ride!

Fate of the Furious (Fast and Furious 8)

One of the inevitable Super Bowl trailer entries for this year, the eighth instalment in the Fast and Furious franchise looks like it’s taken acid and added some extra speed for effect. It sure looks spectacular but this new trailer felt like it didn’t really give us much more than a few seconds extra tacked onto already showcased scenes.

Not quite matching the shock value of that car jumping from building to building from the last movie’s trailer, Fate of the Furious’ latest batch of footage looks great, especially with Dwayne Johnson and Jason Statham teaming up (and fighting one another) but it offered very little in terms of new content.

The second of Dwayne Johnson’s blockbusters for 2017, Baywatch is a film generating plenty of buzz and, while the trailer itself revealed very little in the way of new content, it was superb in getting across the kind of comedy we can expect for the upcoming release.

Fronted by the men of the feature, Johnson and Zac Efron, the use of patriotism matched perfectly with the Super Bowl theme and also a nice mention to save that while we’re watching the game these guys are saving lives at sea. Marketing done very well and a reminder that this could be one of the surprise hits of the blockbuster season.

Pirates of the Caribbean: Dead Men Tell No Tales

While we continue to ask just why we need another Pirates of the Caribbean movie, there was something quite refreshing to seeing the new trailer for Dead Men Tell No Tales, especially with the tone of the film looking to shift to much darker realms.

In fact, here we had a trailer that wasn’t throwing Johnny Depp in our faces left, right and centre, instead opting for a much more sinister approach with Javier Bardem’s villain and what we can expect from him.

It may not be a film that we particularly demanded but Pirates of the Caribbean: Dead Men Tell No Tales certainly looks like Disney may be steering this one back in the right direction.

Perhaps the most surprising of the trailers/TV spots featured over Super Bowl weekend, the presence of Jake Gyllenhaal, Ryan Reynolds and Rebecca Ferguson-starring Life actually turned out to be one of the biggest success stories. With clear influences from the Alien movie series and outer space visuals that could rival the grandeur of Gravity, Life looks to be a movie to instil the fear back into the science fiction genre.

Fronted by a great leading trio and looking every bit the terrifying ordeal it should be, Life certainly deserves plaudits for coming out of nowhere and delivering a sharp reminder that there are other great films ready to take on the big-bank blockbusters this year.

A Cure For Wellness

Taking the generic TV spot and flipping it on its head to create an actual advertisement for the mysterious home that can serve as a ‘cure’ to its patients, the A Cure For Wellness footage was certainly the most inspired piece of marketing we saw for a film this Super Bowl weekend.

Maintaining that eerie sense of mystery and dread surrounding the location of Gore Verbinski’s mysterious drama, the TV spot played out as an actual advert for the wellness home itself and slowly descending into somewhat of a warning what can be expected when we enter inside the halls of the movie itself.

Colour us intrigued for this one.

Which of the Super Bowl trailers did you enjoy most? Let us know in the comments below!