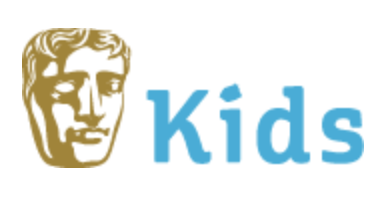 Thirteen-year-old Daniel McGovern will interview stars of the screen at BAFTA’s Children’s Awards and other assignments throughout the year  Ten young finalists took part...

A 13-year-old schoolboy has been named by BAFTA as a presenting star of the future after an audition that was broadcast to households across the UK this evening.

Daniel McGovern from Chesterfield was one of 10 finalists in the BAFTA Kids Young Presenter competition, which featured in the most recent episode of ITV’s factual entertainment series The Big Audition. The budding presenters put their interview skills to the test in front of an industry panel including This Morning’s Dr Ranj Singh, Blue Peter’s Lindsey Russell and BAFTA’s Chief Executive Amanda Berry OBE.

The winner of the annual BAFTA competition will present BAFTA Kids online content and film at a number of locations throughout the year. Daniel has already recorded interviews for  BAFTA with Richard Madeley and Judy Finnigan of This Morning fame, presenter Alan Carr and the cast and crew of CBBC Comedy So Awkward. In November he will walk the red carpet at the British Academy Children’s Awards, where he will report behind the scenes, interview celebrities, and also go on stage to present one of the prestigious awards.

Daniel, who entered the competition with a film demonstrating ways to prank an older brother, said: “It still hasn’t sunk in yet that I’ve won the BAFTA Kids Young Presenter competition! It feels strange because I’m just an ordinary kid and I never expected to have this amazing opportunity. I’m so excited to present an award at the BAFTA Children’s Awards evening and interview people on the red carpet. I am also looking forward to going behind the scenes of TV shows and finding out what happens off camera and what it takes to make a TV programme. I’d like to meet lots of interesting people: not just the celebrities you see on the TV but all the people behind the scenes too.”

Lisa Prime, Children’s Event Programmer at BAFTA, who was also on the judging panel, said: “It was so wonderful that, for the first time this year, we were able to give our Young Presenter finalists the opportunity to showcase their incredible skills to a wide audience. They all showed such confidence and resilience in quite a nerve-wracking environment and allowed their personalities to shine through. Those traits will stand them in good stead throughout their lives regardless of whether they chose to pursue a career as a presenter. We look forward to working with Daniel, and our previous winners, Tianna and Braydon, over the year.”

The finalists were assessed on a number of criteria, including confidence, clarity, tone, content, coping under pressure and listening/responding to instructions. All the finalists have been invited to attend the BAFTA Kids Red Carpet Experience at the Children’s Awards, where they will gain an insight into the craft behind BAFTA-nominated children’s content.

The British Academy of Film and Television Arts (BAFTA) is a world-leading independent arts charity that brings the very best work in film, games and television to public attention and supports the growth of creative talent in the UK and internationally. Through its Awards ceremonies and year-round programme of learning events and initiatives – which includes workshops, masterclasses, scholarships, lectures and mentoring schemes in the UK, USA and Asia – BAFTA identifies and celebrates excellence, discovers, inspires and nurtures new talent, and enables learning and creative collaboration. For advice and inspiration from the best creative minds in working in film, games and television, visit www.bafta.org/guru. For more, visit

BAFTA Kids is a programme of events and initiatives for families across the UK run by the British Academy of Film and Television Arts, offering insight into creative excellence within film, television and games. The programme features behind-the-scenes roadshows, workshops and masterclasses with BAFTA-winning talent, online challenges and competitions, and special hospice screenings. Whereas BAFTA’s annual British Academy Children’s Awards recognise and celebrate excellence within these industries, BAFTA Kids is a trusted and accessible brand for families to explore and discover new, innovative and non-mainstream work, helping them deepen their appreciation of the films, television programmes and games they enjoy.