Canadian Filmmakers’ Brilliant Investigative Documentary “Ask No Questions” Will Be Released to North American Audiences on June 30  May 15, 2020 (Toronto, Canada) 1091...

A journalistic true-crime documentary, “Ask No Questions” examines the captivating story of a Chinese state TV insider who is held and forced to accept the state line on a fiery public suicide he believes was a government plot. Evidence is credibly presented, shocking, and thorough, and the investigation leads into allegations of nefarious activity at a governmental scale.

In turns disturbing, insightful, and moving, “Ask No Questions” was described at its January Slamdance premiere as a real-life version of “Black Mirror.” Now, its themes of misinformation, propaganda, and the perils faced by whistleblowers in China make it a timely film for audiences questioning whether they can trust governments to be transparent in the face of a global pandemic. The film was recently endorsed by renowned Chinese artist-activist Ai Weiwei, who proclaimed: “Darkness must be exposed, and Ask No Questions can play a valuable role.”

“We seem to be in a volatile state when you look at media, politics, and how information is disbursed.  This gripping documentary is more relevant today than ever before and we’re excited to release this to a wide audience,” states Danny GrantSVP, Film and Strategic Partnerships at 1091 Media.

“Ask No Questions” closely examines a startling case of misinformation and coverup in China targeting Falun Gong practitioners under the watchful eye of the Chinese government. The Toronto-based Lofty Sky Picture’s film is directed by Jason Loftus and Eric Pedicelli. It is produced by Jason Loftus, with executive producer Masha Loftus and associate producer Kevin Koo. “Ask No Questions” premiered in competition at the 2020 edition of Slamdance. Among festival appearances delayed due to the coronavirus, it was selected for DocFest, the San Francisco Documentary Festival, scheduled for June, with San Francisco’s Asian film festival, CAAMFest, co-presenting. A screening at the Phoenix Film Festival has also been postponed.

Loftus recently launched the innovative “VR Movie House” initiative (vrmoviehouse.com ). His Lofty Sky Pictures had joined with San Francisco’s DocFest to announce a set of VR screenings for the film, with both Loftus and filmmaking partner Pedicelli joining in the VR world for filmmaker Q&As after each show. All proceeds went to support the nonprofit Roxie Theater during its COVID-19 shutdown. This intersection of innovation and support for an iconic art-house cinema was a hit in four shows on April 28, allowing audiences to enjoy the theatrical experience of viewing a film–all in a virtual reality cinema made possible by Bigscreen VR.

“We’re thrilled to be working with the team at 1091,” said Loftus. “We were disappointed that our festival run had to be put on hold, but we’re delighted that we can now bring Ask No Questions to an even wider audience with this partnership.”

Glen Reynolds of Circus Road Films negotiated on behalf of the filmmakers with Danny Grant, SVP of Film and Strategic Partnerships, on behalf of 1091.

About “Ask No Questions”

When Chinese state TV blames his faith for a fiery public suicide, Chen Ruichang is detained in a Clockwork Orange-style brainwashing facility and forced to accept the government’s account. But Chen, a former insider of the state TV himself, believes it was a government plot. A CNN reporter smuggled out footage of the event that day but was muzzled by Beijing. Now her eyewitness testimony helps untangle an intricate conspiracy, as Chinese authorities pressure the filmmaker’s family and business associates. “Ask No Questions” shows the deadly power of media under authoritarian control. It also shows the remarkable power of an individual who refuses to compromise the truth.

1091 is a global commercial distribution platform for independent film and television content creators, with an intent to invest in technology and business intelligence. 1091’s content is available in more than 90 territories worldwide and features 4,000 titles in its library. 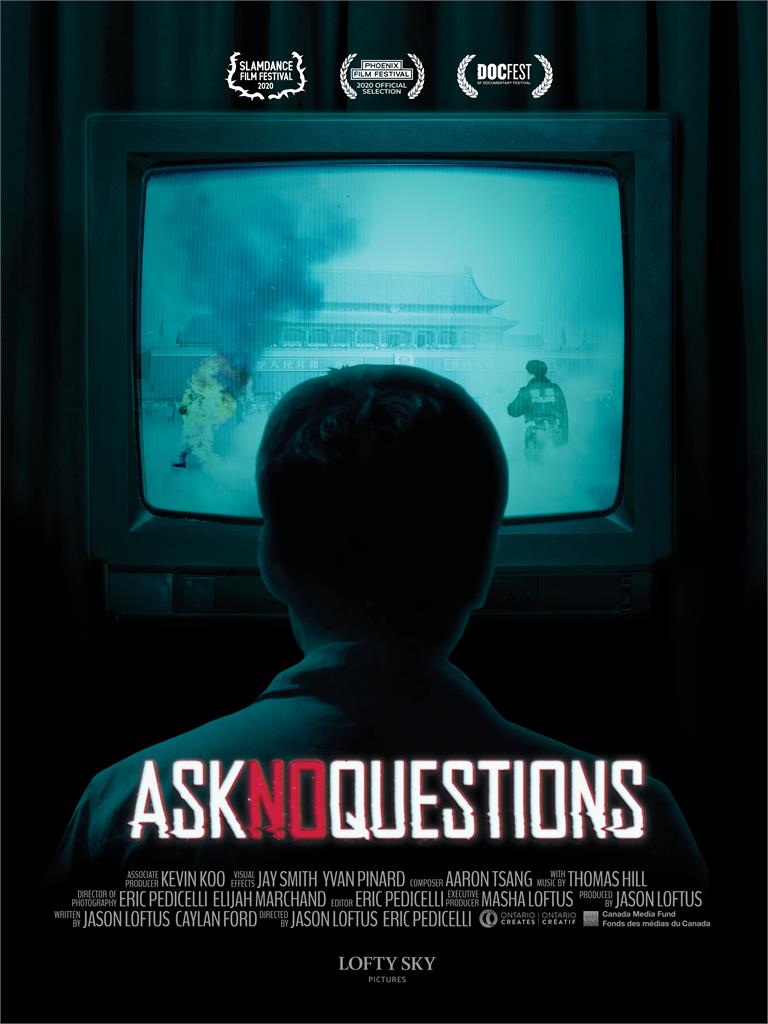