Created by multi-award winning writer Jez Butterworth, (Spectre, Jerusalem, The Ferryman) Britannia is packed with action and emotion. In Jez’s unique hands, expect the unexpected as the Roman invasion of Britain unfolds. This is a tale of faith systems clashing, families torn apart, of mystic men and fearsome queens. A tale told with humour and heart, as well as epic drama and violence.

In 43AD at the far edges of the Roman Empire Kerra (Reilly), daughter of the King of the Cantii, is forced to put her differences aside with arch-rival Queen Antedia (Wanamaker) to face the arrival of invaders. The Romans, led by General Aulus Plautius (Morrissey), are determined to succeed where Julius Caesar failed and conquer this mythical land at the far edge of the Roman Empire. Aulus is a strong and resilient leader, but harbours a deep secret that threatens his mision. As tribes and Druids unite to fight the Romans, Kerra is thrust into the most important role of her life as she spearheads the resistance against the might of the Roman army.

Synopsis:
Britannia begins in 43AD as the Roman Army, determined and terrified in equal measure, returns to crush the Celtic heart of Britannia –a mysterious land ruled by wild warrior women and powerful druids who can channel the mysterious forces of the Underworld. Arch Celtic rivals Kerra (Kelly Reilly) and Antedia (Zoë Wanamaker) must face the Roman invasion led by the towering figure of Aulus Plautius (David Morrissey) as it cuts a swathe through the Celtic Resistance. 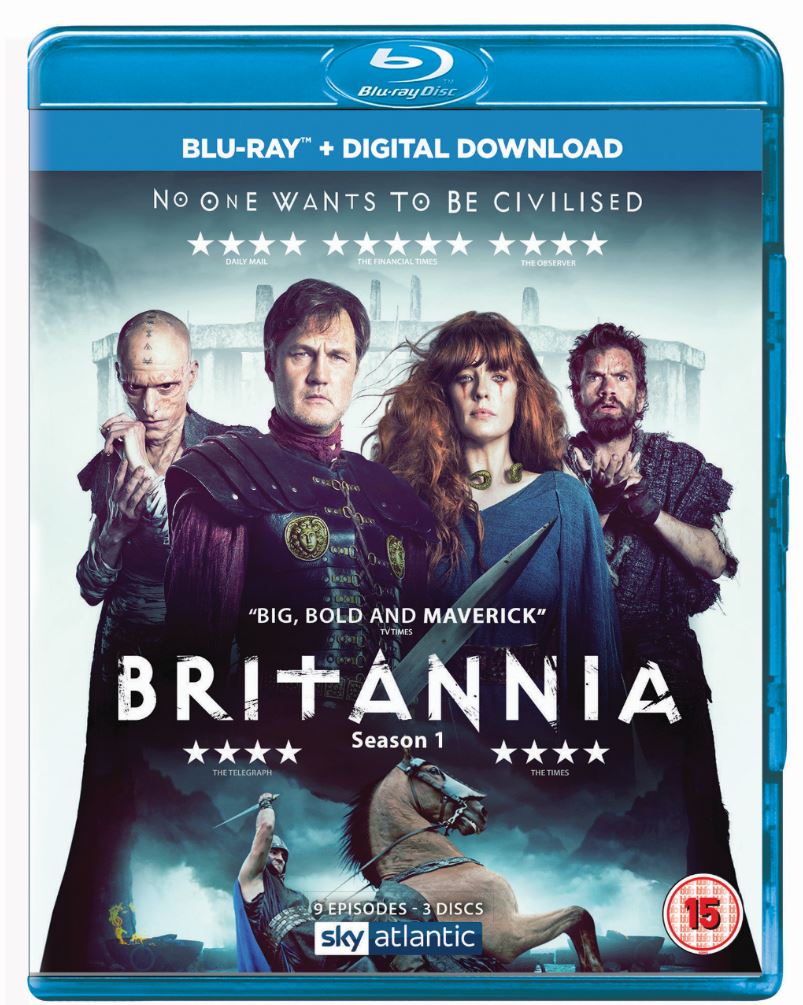