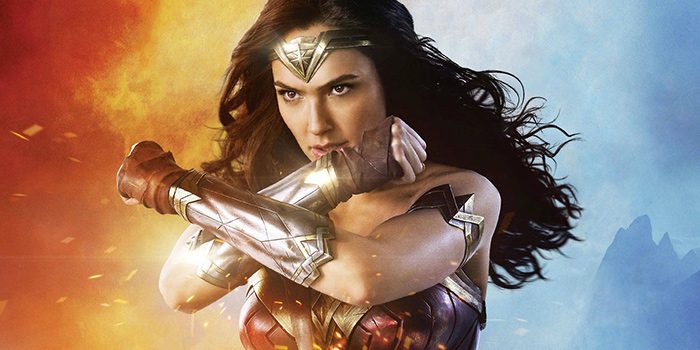 2017’s Highest Grossing Film – Can Beauty and the Beast hold on?

At the start of 2017, the eighth instalment of Star Wars quickly became firm favourite to end the year as highest-grossing film at the...

At the start of 2017, the eighth instalment of Star Wars quickly became firm favourite to end the year as highest-grossing film at the US box office, despite its mid-December release date. That was before the release of Beauty and the Beast in March and Wonder Woman in June, both of which took advantage of a poor summer blockbuster season to sweep all before them and build up an impressive lead at the top of the Box Office charts. Still, it’s not over until the fat lady sings, so as we head into autumn, let’s see how The Last Jedi is shaping up against the other contenders for Box Office leader.

Disney’s decision to continue with live-action remakes of old classics was again proven to be correct, as Beauty and the Beast charmed critics and audiences alike. An incredible opening box office weekend of $174 million stunned everyone, and the juggernaut continued throughout the spring, reaching $500 million by the end of May. The wise decision to keep the same Tim Rice/Alan Menken score as the 1991 version, stunning cinematography, and genuine chemistry between Emma Watson and Luke Evans in the titular roles ensured that people just kept on coming back for more. The first openly gay character in a Disney film led to a ban in Russia, but just seemed to make it even more popular in the rest of the world. By the time it left cinemas in July, Beauty and the Beast had become the highest-grossing musical ever, with a finishing total of $504 million, and it even garnered its own slot machine game. Beat that, Star Wars!

The first challenger to Beauty and the Beast came from an unlikely source. This summer’s blockbuster season was the dampest of squibs, with bad reviews and an audience growing tired of formulaic superhero movies and over-stretched universes, but the one exception was Wonder Woman. Released in early June to excellent reviews, the most-loved female member of the DC universe broke all kinds of records throughout Hollywood’s crisis summer, and at the time of writing now stands at the $400 million mark, and could still overtake Beauty and the Beast. However, recent weeks have seen takings flatline around the $1million mark, which won’t be enough to see it over the line by the end of the year. Furthermore, the November release of Justice League, with Gal Gadot starring again alongside Batman, Cyborg, Aquaman and the Flash suggests that fans will be able to satisfy their new-found Wonder Woman obsession in other ways. Also, the DVD release of Wonder Woman in late September has already put a dampener on cinema visits, and with another $100 million worth of takings needed to knock Beauty and the Beast off its perch, it looks like it will be a bridge too far.

We had to wait three and a half decades, but now we finally have a sequel to 1982’s Blade Runner, the cult classic android thriller starring Harrison Ford at his Indiana Jones/Han Solo peak. The dystopian city scape of the original inspired a ton of films and music videos in the following decades and the sequel may well prove just as influential if initial positive reviews are anything to go by. This dark-horse contender for biggest box office film of 2017 was released on October 6th, giving it enough time to build up a head of steam and threaten the Box Office charts. In addition, there is a six-week gap between its release and that of Justice League, with little competition in between. If you turn up at the cinema on a date in late October or early November, chances are you will choose to watch Ryan Gosling unite with Ford to save humanity from Jared Leto’s army of Replicants. However, the 35-year gap between the first film and the sequel means that brand recognition will be limited to anyone under the age of 50. Also, just as with Stephen King’s ‘It’, an ‘R’ rating means it won’t be an option for families. Unless Blade Runner builds quickly on its rave reviews, it’s hard to see how it can challenge the dominance of Beauty and the Beast.

For most movie-goers, The Last Jedi will be the most eagerly-awaited film of the year. Fans will be keen to see if some of the loose ends of this sci-fi epic will be tied up. Will Kylo Ren receive his comeuppance for killing his father Han Solo? Will all the rumours be true that Luke Skywalker is the father of Rey? After the critical acclaim of The Force Awakens, Star Wars Episode VIII is sure to be a big hit on its opening weekend, and if initial reviews are good then expect ticket sales to remain strong throughout the festive season. At the start of the year, this was a massive favourite to end up as the highest grossing film of 2017, with some bookmakers offering odds as low as 1/9 that it would take top spot. Of course, that was before the huge and unexpected successes of Beauty and the Beast and Wonder Woman. While The Last Jedi most likely will end up with a higher box office take overall, its late release date (December 15th) means it may well run out of time to achieve it this calendar year.

With Beauty and the Beast still out in front in early October, Wonder Woman starting to flag, and The Last Jedi only coming out in the middle of December, it looks like the Disney musical remake will end up 2017’s biggest box office smash. However, if The Last Jedi can follow Blade Runner 2049 and manage to pick up some great initial reviews that resonate with the public, then it will have a chance of unseating Belle and her not-so-handsome Prince from their throne. We have already seen the effect of positive reviews on Wonder Woman so far this year, so we can’t rule it out.