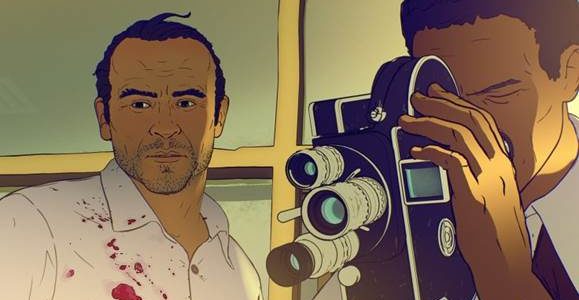 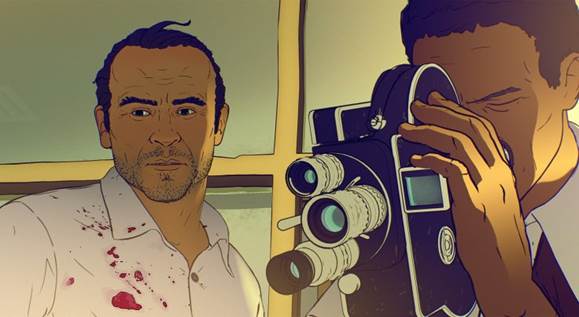 ‘ANOTHER DAY OF LIFE’

WITH SPECIAL INTRODUCTION FROM ACCLAIMED JOURNALIST AND AUTHOR VICTORIA BRITTAIN

The Hollywood Reporter on ANOTHER DAY OF LIFE

KINOTEKA Polish Film Festival in London is delighted to announce that the gripping and kaleidoscopicANOTHER DAY OF LIFE, based on the experiences of renowned veteran journalist Ryszard Kapuściński, will open the 17th edition of the Festival on Thursday 4th April at partnering venue Regent Street Cinema.

Winner of Best Animated Film at the European Film Awards, ANOTHER DAY OF LIFE will be released nationwide later this year by Altitude Film Distribution.

Directed by Oscar-shortlisted filmmakers Raúl De La Fuente and Damian Nenow, the authentically dramatic hybrid of documentary and animated memoir will kick off the 14-day festival. The red carpet will be rolled out at Regent Street Cinema where the filmmakers will attend the Opening Gala with a special introduction from acclaimed journalist and author Victoria Brittain.

ANOTHER DAY OF LIFE vividly tells the story of reporter Ryszard Kapuściński, an idealist and a friend of lost causes and revolutions, who convinces his editor to send him to Angola where a bloody civil war has broken out on the eve of the country’s independence. Kapuścinski embarks on a seemingly suicidal road trip into the heart of the civil war. There, he witnesses once the dirty reality of war which will change him forever.

Marlena Lukasiak, Head of Film & Theatre at the Polish Cultural Institute has said:

“This year’s KINOTEKA Polish Film Festival celebrates cultural mavericks from the past, present and future and culture across borders. We are therefore extremely pleased and privileged that our opening night should be focused on a film which highlights the work of a legendary writer with a unique outlook who embodies both these themes. We look forward to introducing new audiences to Ryszard Kapuściński through this innovatively produced and poetic new film.”

ANOTHER DAY OF LIFE  is produced by Platige Films & Kanaki Films and co-produced by Walking the Dog, Animations Fabrik and Wüste Film Puppetworks.

The film will be released nationwide later this year by Altitude Film Distribution.

KINOTEKA Polish Film Festival returns to London’s festival scene from 4 – 18 April 2019, bringing with it an exhilarating range of new Polish film and culture as well as highlighting lesser known gems ripe for rediscovery. As well as offering unique insights into Poland’s rich history and culture, the festival represents diverse and universal new works from exciting new filmmakers as well as those which have made a valued contribution and impact to the world filmmaking landscape. Hosted by some of London’s most prestigious and forward-thinking cultural institutions, this year also includes masterclasses, artist film screenings, workshops and musical entertainment.

Victoria Brittain is a journalist and writer. She has spent much of her working life in Asia, Africa and the Middle East, writing for The Guardian. She has been a consultant to the UN on The Impact of Conflict on Women, also the subject of a research paper for the London School of Economics. She was co-author of Moazzam Begg’s book, Enemy Combatant.  Her most recent work is “Shadow Lives, the forgotten women of the war on terror”. She is a trustee of Prisoners of Conscience and of the Ariel and Melbourne Trust.