THE CHINESE ANIMATED BOX OFFICE SENSATION NE ZHA I AM THE DESTINY RELEASED IN IMAX 3D FROM 30TH AUGUST AND CINEMAS FROM 6TH SEPTEMBER...

I AM THE DESTINY

Arriving in UK cinemas and IMAX 3D, see the animated box office hit which has taken the world by storm, even surpassing Avengers: Endgame’s record haul in China…

Inspired by mythology and loosely adapted from a Chinese novel, heaven and earth has given birth to a powerful pearl possessing great energy. Yuanshi Tianzun (the Primeval Lord of Heaven) concocts two pills from the pearl – a spiritual pill (Ling Zhu) and a sorcery pill (Mo Wan) – and seals both of them in a sacred lotus. The spiritual pill will reincarnate as a man, who is destined to assist in the creation of the new Zhou dynasty; while a demon will be born from the sorcery pill, set to bring great destruction to the world. To prevent disaster, a spell is created which will strike the sorcery pill with thunder in three years. Will Nezha, a young boy born from the sorcery pill, live up to his evil fate, or can he forge his own path for good?

The director Jiao Zi spent two years refining the story. Along with its great script, Ne Zha received rave reviews for its fine CG production, which took over 20 animation studios, 1600 animators in China and years in the making.

This exceptional movie has been picked up by CMC Pictures for Australia, New Zealand, UK, Middle East, and Africa. 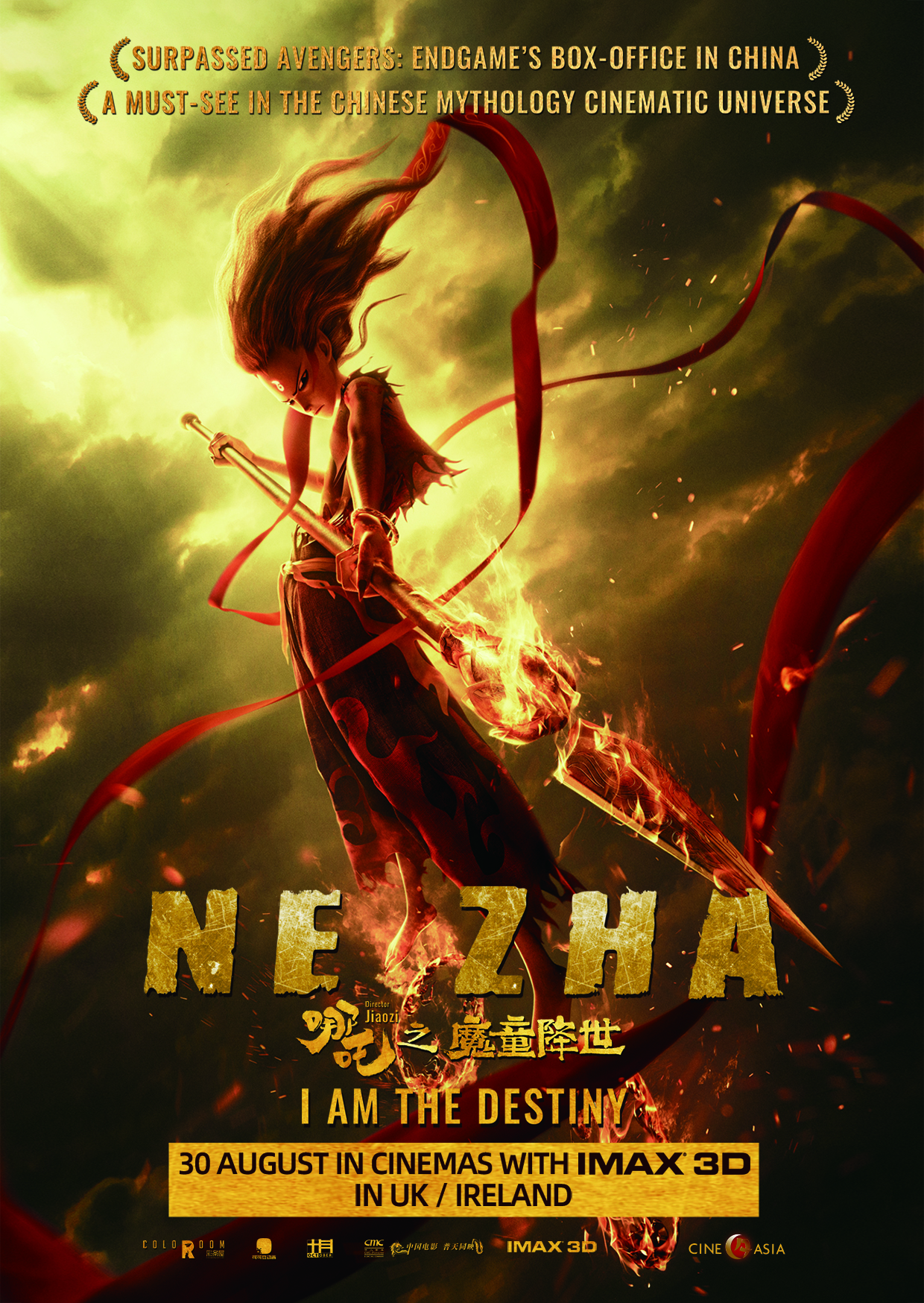 Following the Australian release of 23rd August 2019, Ne Zha scored the strongest box office opening for a Chinese film in Australia in the past 10 years, and the second highest performing release during the same period. Ne Zha achieved a screening capacity rate of over 90% and many screenings sold out in seconds.

Boasting incredible special effects and visuals, Ne Zha is the must-see animated blockbuster of the year.

NE ZHA IS RELEASED IN IMAX 3D FROM

30TH AUGUST AND IN UK & ROI CINEMAS FROM 6TH SEPTEMBER

Cine Asia, founded in 2007, is recognised as the premium film label for martial arts and Asian action cinema in the UK. Leading the way in bringing Asia’s most iconic action stars to audiences, Cine Asia strives to pay homage to both the films and the fans.