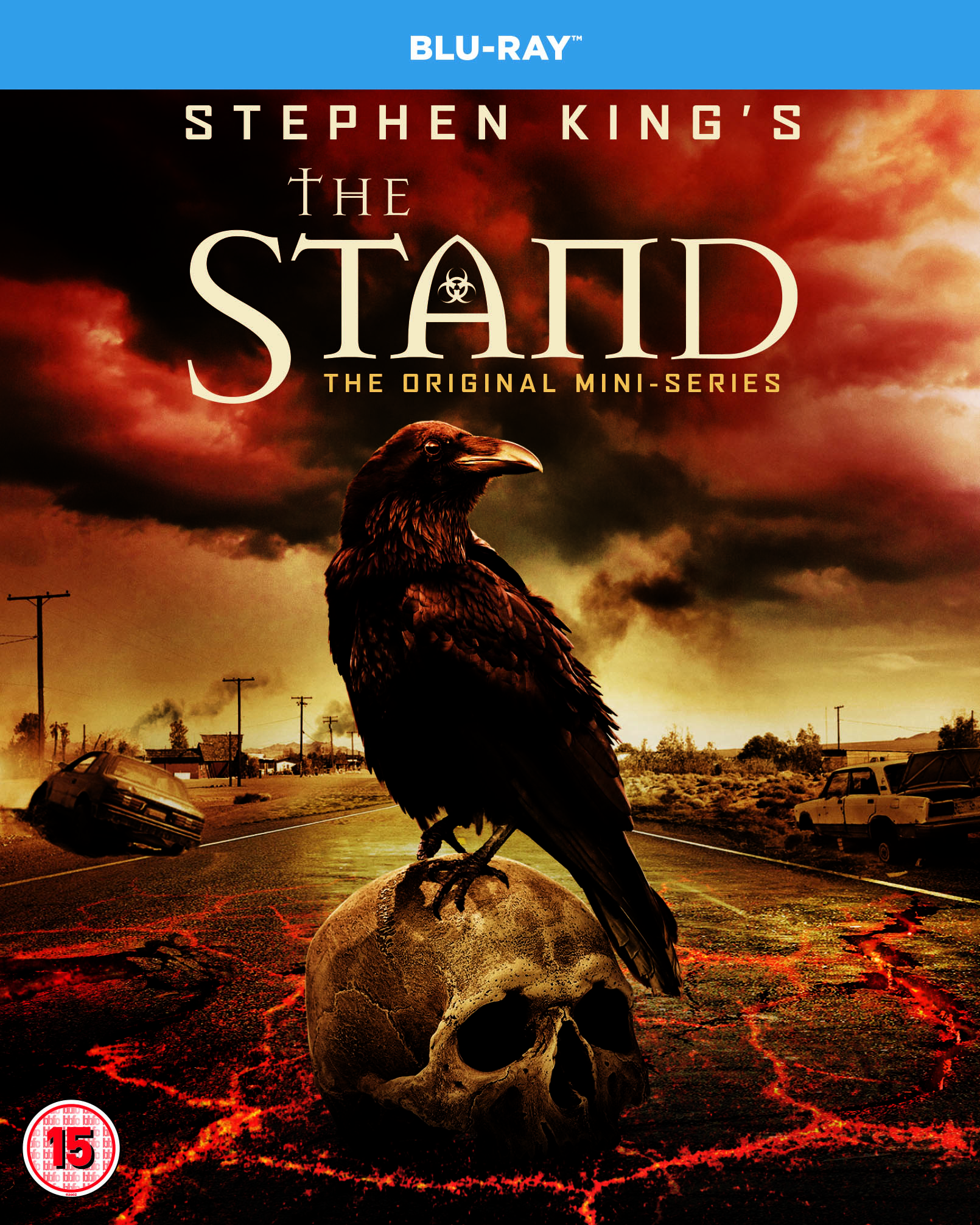 This Collector’s Edition Blu-Ray™ comes packed with special features,
including audio commentary from Stephen King and director Mick Garris and a
full-length behind-the-scenes featurette showcasing the making of the miniseries.

Led by an all-star cast, including Gary Sinise (Forrest Gump), Molly Ringwald (The Breakfast Club), Jamey Sheridan (Spotlight), Corin Nemec  (“Parker Lewis Can’t Lose”), Rob Lowe (“The West Wing”), Miguel Ferrer (“NCIS: Los Angeles”) and Laura San Giacomo (“Just Shoot Me!”), THE STAND follows a group of survivors after a deadly plague wipes out the entire population. Those remaining must align themselves with either the forces of good, led by the frail 108-year-old Mother Abagail (Ruby Dee, A Raisin in the Sun), or evil, a group steered by a man with a lethal smile, Randall Flagg (Sheridan). The two sides face off in a climactic battle that will determine the final fate of mankind.