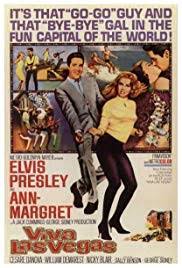 If you’re an avid movie watcher, you’ll know that some destinations are generally favored more than others by directors and production companies. This includes...

If you’re an avid movie watcher, you’ll know that some destinations are generally favored more than others by directors and production companies.

This includes places such as New York, Paris, and London, whose architecture and general cultures make them stand out from the crowd.

When you consider that Vegas is the entertainment capital of the world, it’s easy to see why many directors have added this location to their list, too.

This is a trend that dates back several decades, with many directors choosing Las Vegas as the perfect location due to its glamorous aesthetic and interesting history.

In these movies, we have seen many big names commissioned to play key roles, including everyone from Frank Sinatra to Elvis Presley.

Such fame makes it difficult to narrow my list, but here are four of my favorite all-time Las Vegas movies.

For a film written in just 11 days, according to director George Sidney, Viva Las Vegas has received significant praise in the decades following its release.

Some have even coined this as one of Elvis Presley’s best appearances.

The reception of this film was so high that it went on to receive a 1965 Laurel Award as a runner-up in the musicals category.

In this film, Presley plays a musically gifted race driver who hopes to save enough money to buy a motor and compete in the Grand Prix.

His love interest, Ann-Margret, of Bye Bye Birdie fame, is a hotel swimming instructor determined to make him stay.

While the plot isn’t much different from many rom-coms of the same era, it’s impossible not to fall in love with the golden era of Sin City portrayed on screen.

At the time, Vegas was primarily known for its glitz and glamour, something this show does a good job of portraying.

Even if you weren’t alive during this period, there’s no doubt you’ll be able to feel the essence of what it would’ve been like if you had been.

The Godfather trilogy is probably the most famous collection of films to have come from Vegas.

Most people, including myself, will agree that Part II is the best individual film of the trilogy, as proven by the number of Academy Awards it picked up in 1975. Among these were recognitions for Best Picture, Best Director, and Best Original Score.

These films are known for their catchy one-liners and enthralling plots that leave you on the edge of your seat from start to finish.

In the second film, we follow one of the sons of the Corleone clan, Fredo. A little bit of an outsider, he is sent to the city to look after the family’s interests after having proved himself less brave and able than his other brothers.

From the beginning, it is suspected that Fredo doesn’t always work in the interest of his family like he had been sent to do, but he is safe as long as his mother is alive.

After her funeral, however, things take a turn for the worst and we are exposed to some of the most brutal scenes ever acted on screen.

While Honeymoon in Las Vegas is one of my personal favorite films, it has received mixed reviews from critics. Despite that, it did manage to receive two nominations at the 50th Golden Globe Awards in the ‘Best Actor’ and ‘Best Picture’ categories.

This movie follows private investigator Jack Singer, who loses $65,000 to professional gambler and con man Tommy Korman. To pay off his debts, Singer allows Korman to take his fiancée on a Hawaiian getaway.

At first, things run smoothly, but it isn’t long before Betsy begins to fall for Korman. Once Singer realizes this, he must attempt to track them down and win her back before it’s too late.

Although this film doesn’t promote Las Vegas in the most positive light, glamour and the table etiquette and behavior (great resource on it here) is something that has a special place in my heart.

If you’re looking for a guilty pleasure movie set in Las Vegas, this is definitely the movie to go for!

Casino is a movie that depicts the state of the Vegas industry in the 1970s and 1980s, a period where the mob was slowly being phased out as big corporations moved on.

This portrayal was an instant box-office success at the time of release, with the movie going on to receive two Golden Globe Awards for Best Actor and Best Production Design.

The movie itself revolves around low-level mob member “Ace”, who is made to run the Tangiers Casino.

Having decided to make it a success despite his past wrongdoings, he initially makes it a great success, but it isn’t long before things get complicated and Ace is put in danger.

Throughout the course of the movie, which spans two decades, Ace must make decisions that could potentially hinder his future and change the course of his life for good.

Despite the dark nature surrounding this movie, the in-person casino experience is something I really enjoyed witnessing on screen.

With most of us now turning to online gambling, it’s interesting to explore history and see just how much the world of casinos and gambling, in general, has changed.

It’s clear to see that Las Vegas is thought of as the perfect place to tell many different stories in the eyes of movie directors.

From truthful stories about the downfalls of mob control in casinos to slightly more outlandish portrayals of wife trading gone wrong, you’re bound to find a movie you will enjoy set within the city.

One of the main appeals of these movies for myself and many others, however, is the fact that many of Vegas’ prized productions are completely timeless.

Even though the recommendations on my list are several decades old in some cases, they portray Vegas in such a light that makes it difficult to believe things have changed much at all.