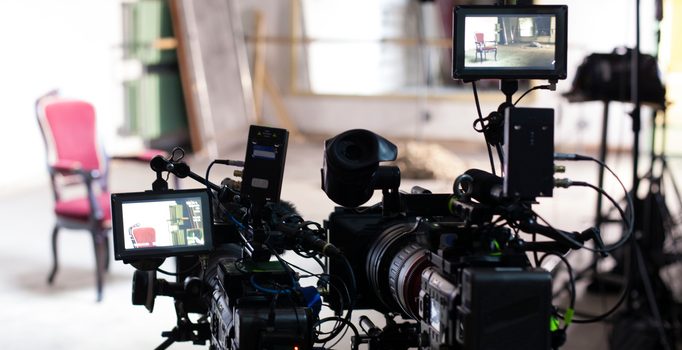 Whether you’re producing a short film or an advertisement, the people you hire to produce your video are ultimately the biggest factor in determining...

Whether you’re producing a short film or an advertisement, the people you hire to produce your video are ultimately the biggest factor in determining its style, feel and quality.

Just like with any professional service, not all video production companies deliver equally good results. Some specialise in a certain type of video and may not be a good choice for a corporate video, for example, while others may excel at producing short films and narrative pieces.

Choosing the right production company for your video can often be the difference between an engaging, successful video that achieves your goals and a final product that fails to live up to your expectations.

Below, we’ve listed five tips that you can use to select the right video production company in Manchester, London or any other UK city. If you’re producing your first professional video, it’s important to keep them in mind to avoid common mistakes, setbacks and production issues.

Find the right production company for your needs, not anyone else’s

There are lots of video production companies that promote themselves as “the best” within their specific field, but this doesn’t necessarily mean that they’re the best choice for you.

When you’re comparing production companies, compare them based on their specific skills and suitability for your needs, not just on their reputation as a whole.

Ask for examples of the previous work and testimonials

One easy way to check that a video production company is the right match for your business or organisation is to ask for examples of their previous work.

Good production companies will be able to offer a showreel that displays footage from several of their previous productions. Larger or more experienced companies may have several showreels tailored to showcase a different aspect of their professional history.

If their previous productions match your needs, it’s a good sign that your product will likely be a success. If not, you might be better served by approaching a different production company for your project.

Prepare a brief to describe your needs and expectations

No matter how skilled and experienced a video production company might be, they’re unlikely to able to achieve your goals without a detailed, specific brief.

It’s best to prepare a rough brief as early as possible in the process of finding a video production company. This way, you can work with the company to refine the brief once you’ve decided that they’re a good match for you.

Video projects are infamous for going over budget. One of the most common reasons for this is a lack of clear budgeting and financial preparation before beginning production — or in short, not preparing a proper budget ahead of time.

Before you agree to any production project, ask the production company to provide a detailed, comprehensive quote for the project. You’ll want to know exactly how much you’ll need to pay for production before you begin to avoid dealing with cost overruns and other financial issues.

Agree to deadlines before you begin production

Finally, it’s important to set strict, clear deadlines before production begins. This helps to put your video project on a specific schedule and reduces the risk of delays and other setbacks stopping you from completing your project on time.

A good production plan should have a series of deadlines, with scheduled periods for filming, editing and preparing the final cut of your video. The more clearly your deadlines are set out ahead of time, the more likely it is that your project will hit its major milestones on schedule.