AARDMAN and STUDIOCANAL have revealed an out-of-this-world drone video and photo of a crop circle-inspired maze created to celebrate the upcoming release of A...

AARDMAN and STUDIOCANAL have revealed an out-of-this-world drone video and photo of a crop circle-inspired maze created to celebrate the upcoming release of A SHAUN THE SHEEP MOVIE: FARMAGEDDON, which lands in UK cinemas on 18th October.

The SHAUN THE SHEEP MOVIE: FARMAGEDDON Maize Maze will open this week at the “Shaun The Sheep Adventure” at Farmer Ted’s Adventure Farm. The Maze features Shaun The Sheep and his new alien friend LU-LA (named in honour of this year’s Lunar Landing 50th anniversary) and measures the equivalent of eight football pitches. As well as finding their way around the twists and turns, visitors walking the maze will also have fun unlocking never-before-seen footage from the movie via the Farmageddon AR viewer app. 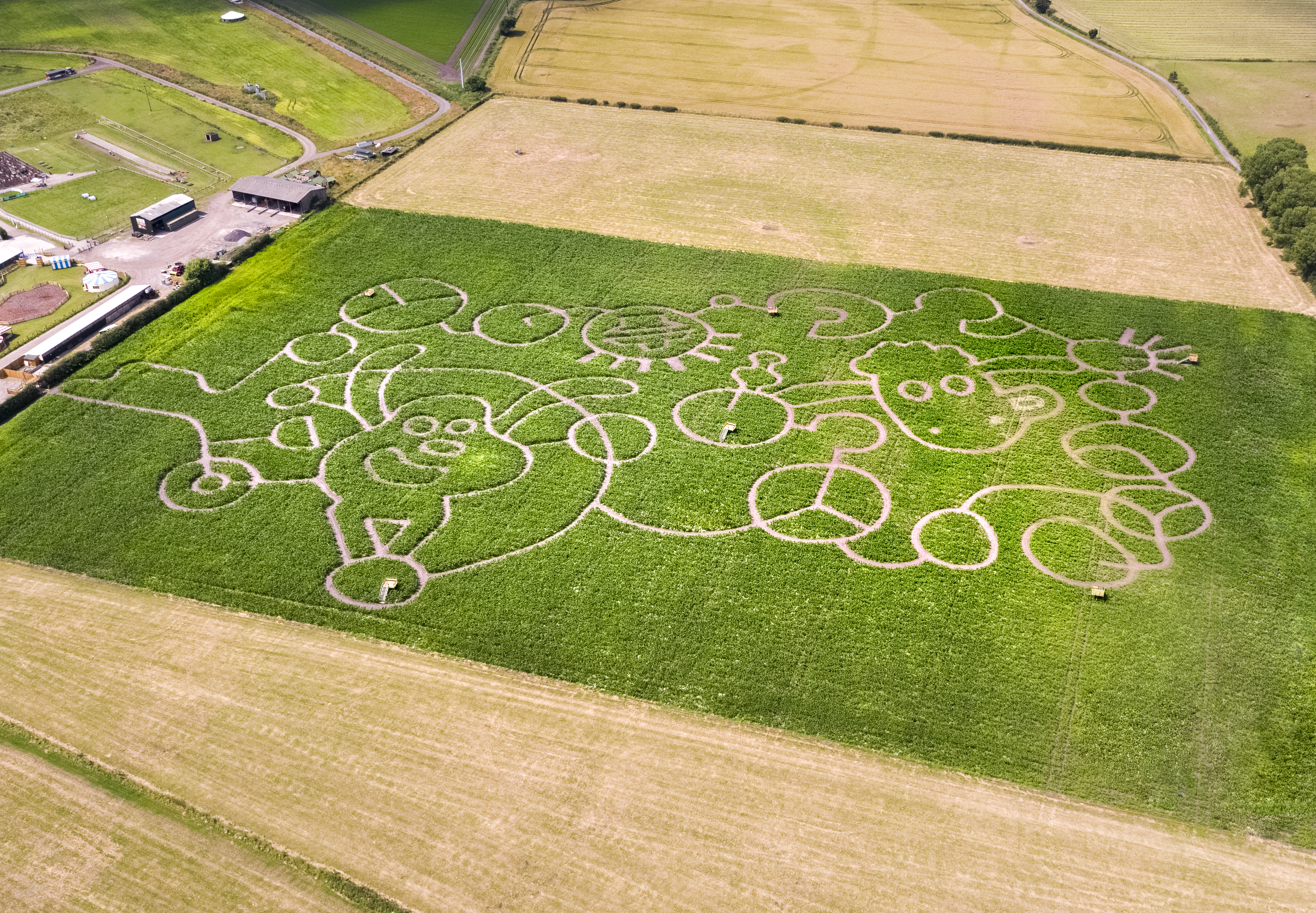 When the intergalactic visitor – an impish and adorable alien called LU-LA – crash-lands near Mossy Bottom Farm, Shaun soon sees an opportunity for alien-powered fun and adventure and sets off on a mission to shepherd LU-LA home.

Her magical alien powers, irrepressible mischief and galactic sized burps soon have the flock enchanted.  Shaun takes his new extra-terrestrial friend on the road to Mossingham Forest to find her lost spaceship, unaware that a sinister alien-hunting agency is on their trail.

Can Shaun and the flock avert Farmageddon on Mossy Bottom Farm before it’s too late?

SHAUN THE SHEEP MOVIE: FARMAGEDDON continues the production partnership with AARDMAN and STUDIOCANAL following the success of SHAUN THE SHEEP MOVIE directed by Mark Burton and Richard Starzak, which grossed $106 million worldwide and Nick Park’s prehistoric comedy adventure, EARLY MAN.STUDIOCANAL is financing and will distribute in its own territories, the UK, France, Germany, Australia and New Zealand in Autumn 2019.

Aardman, based in Bristol (UK) and co-founded in 1976 by Peter Lord and David Sproxton, is an independent and multi-award-winning studio. It produces feature films, series, advertising, interactive entertainment and attractions for both the domestic and international market. Their productions are novel, entertaining, brilliantly characterised and full of charm reflecting the unique talent, energy and personal commitment of the Aardman team. The studio’s work is often imitated and yet the company continues to lead the field producing a rare brand of visually stunning content for cinema, broadcasters, digital platforms and live experiences around the world. www.aardman.com

STUDIOCANAL, a 100% affiliate of CANAL+ Group held by Vivendi, is Europe’s leader in production, distribution and international sales of feature films and TV series, operating directly in all three major European markets – France, the United Kingdom and Germany – as well as in Australia and New Zealand.

STUDIOCANAL owns one of the most important film libraries in the world, boasting more than 5,500 titles from 60 countries. Spanning 100 years of film history, this vast and unique catalogue includes among others the iconic Terminator 2, Rambo, Breathless, Mulholland Drive, The Pianist and Belle de jour.