Santa Monica and London, February 14, 2019 – Decca Publishing today announces the signing of acclaimed Grammy, Ivor Novello and Golden Globe nominated composer and musician Clint Mansell to a long-term, worldwide publishing deal. Over the course of the last two decades, Mansell has scored some of film’s most acclaimed and iconic features including ‘Moon’, ‘Requiem For A Dream’, ‘Black Swan’ and ‘High Rise’ and has become one of cinema’s most revered and in-demand composers. Together, Mansell and Decca Publishing will work on new creative projects and collaborations across score, live performance and other creative endeavors whilst maximizing future opportunities across his extensive catalogue. 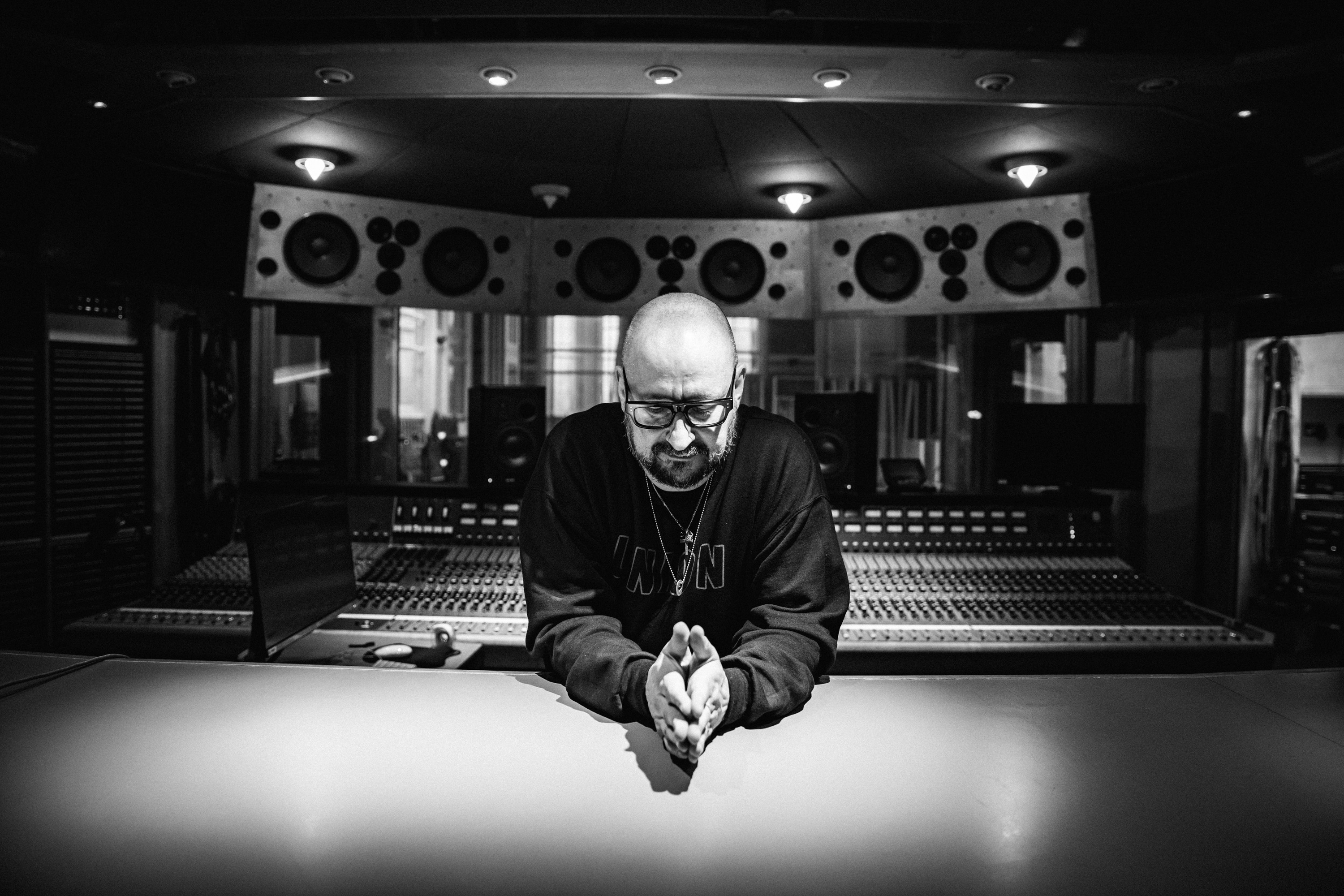 His longstanding collaborative partnership with film director Darren Aronofsky began in 1998, with his first original score for ‘Pi’, Aronofsky’s acclaimed independent feature debut. This working relationship has seen Mansell create acclaimed and award-winning cinematic scores for ‘Requiem For A Dream’ (2000), ‘The Fountain’ (2006), ‘The Wrestler’ (2008), ‘Black Swan’ (2010) and ‘Noah’ (2014).

Alongside his work with Aronofsky, Mansell has forged relationships with other like-minded creatives. In 2009 he provided the score for Duncan Jones’ award-winning directorial debut ‘Moon’ (2009) and more recently for ‘Mute’ (2017). He scored the remarkable hand painted and Oscar-nominated ‘Loving Vincent’ (2017),and the double Emmy winning ‘San Junipero’ (2016) episode of Charlie Brooker’s ‘Black Mirror’ for Netflix. He recently scored ‘Titans’ (2018), a DC Universe web series from DC Comics, now available through Netflix.

Other standout projects include working with director Massy Tadjedin on ‘Last Night’ (2010) and the forthcoming ‘Berlin, I Love You’ (2019). His dystopian score for Ben Wheatley’s take on J G Ballard’s ‘High Rise’ (2016) received an Ivor Novello nomination, with the pair reuniting for ‘Happy New Year, Colin Burstead’ (2018). ‘Filth’ (2013), the film adaptation of Irvine Welsh’s novel, directed by Jon S Baird, was also scored by Mansell. His first project working with Carol Morley, the noir, offbeat, ‘Out Of Blue’ (2019) premiered at London Film Festival will be released later this year.

For the first time in his career, Mansell’s entire catalogue of musical works and compositions will be published together in its entirety, through Decca Publishing. This will include both his earliest works as frontman of Pop Will Eat Itself, with whom he released seven albums between 1987 and 1996, including 11 Top 40 Hits in the U.K., works published through his own Precision Engineering and his other cinematic, televisual and creative output brought together for the first time. Mansell’s catalogue contains more than 650 original copyrights, which have been sampled by more than forty contemporary artists to date including A$AP Rocky, Bastilleand Paul Oakenfold.

Since launching in 2017 under the leadership of Natasha Baldwin, Decca Publishing has quickly established itself as the premier home for the world’s most innovative composers. Administered globally through Universal Music Publishing Group (UMPG), Decca Publishing is a 21st Century music publisher that combines the creativity and strategic marketing approach of a pop label with the core skills of a classical publisher, providing a unique global publishing platform for its composers and repertoire in the fields of post-classical, score and soundtrack music.

On signing to Decca Publishing, Clint Mansell said, “I wanted to find a publisher who shared my vision – of how I work, of why I work, of the projects I want to be involved with and who can support the new spaces I want to explore. Decca’s approach makes sense for the modern world of composition and creativity. The team there have a bespoke understanding of this space, and a unique enthusiasm for it. I’m really excited about what we can achieve together.”

Natasha Baldwin, EVP, Decca Publishing said, “We are delighted to welcome Clint Mansell to Decca Publishing. He is a truly unique and unconventional composer with a distinct artistic voice and an unparalleled reputation.  It is hugely exciting to be given the opportunity to bring Clint’s impressive catalogue all together and support him and his team to shape the next phase of his narrative as a composer.  We share a collective vision for thinking beyond traditional genre boundaries and for re-defining what it means to be a composer and we are excited to open up new creatives outlets to expose his remarkable talent to new audiences.”

Composer and musician Clint Mansell started his musical journey in his hometown – Stourbridge, England. As frontman of Pop Will Eat Itself, Mansell released seven albums between 1987 & 1996 and notched up 11 Top 40 hits. The band splintered at their peak to pursue various side projects, with Mansell leaving for New York.

A chance introduction to Darren Aronofsky in NYC led to Clint’s film score debut, the acclaimed independent movie, Pi (1998). This director-composer union continued with Aronofsky’s ambitious follow-up, Requiem for a Dream (2000). Mansell’s unique approach to composing combined with the success and acclaim of these scores quickly made him an in-demand composer and prompted his move to Los Angeles.

Mansell’s soundtrack of Aronofsky’s third film, The Fountain (2006) earned him a Golden Globe Nomination (Best Original Score). Reuniting with Kronos Quartet and bringing in Scottish post-rockers Mogwai, it was also the work that received two awards at 2007’s World Soundtrack Awards (Best Original Score & Public Choice Award), among other plaudits. After The Fountain came The Wrestler (2008), Black Swan (2010) and Noah (2014).

In addition to the long-standing director/composer collaboration with Aronofsky, Mansell kept his options broad and authentic seeking out and building relationships with a host of like-minded creatives.

He scored the remarkable hand painted and Oscar-nominated Loving Vincent (2017), and the double Emmy winning San Junipero (2016) episode of Black Mirror for Charlie Brooker. Following on from his Ivor Novello nominated score for Ben Wheatley’s take on J G Ballards ‘High Rise’ (2016), Clint and Ben worked together again on Happy New Year, Colin Burstead (2018). His first project working with Carol Morley, the noir, offbeat, Out Of Blue premiered at London Film Festival and see’s its release in 2019. The list goes on.

Clint’s musical collaborations are intentionally varied. Peter Broderick vocals on a track from Last Night, Emily Wells on a song from Stoker. Eliot Sumner added vocals for his rework of Radiohead’s ‘Creep’ which features in Filth, and Lianne La Havas features on Loving Vincent. Off-screen, he has arranged for Editors, produced for Biffy Clyro and remixed for Foals. A Sony commercial allowed him to score piece for, and record with Leonard Cohen.

Mansell was always keen to take the scores to the stage – giving the music different context and a new layer of emotion. Early shows at Union Chapel in London and Largo in Los Angeles led to sold-out shows at The Royal Festival Hall, The Barbican, The Orpheum, to name a few.

Self-taught, innovative and difficult to define, Mansell is a prodigious talent who’s never been more keen to collaborate, push forward and experiment with his music and creative relationships.