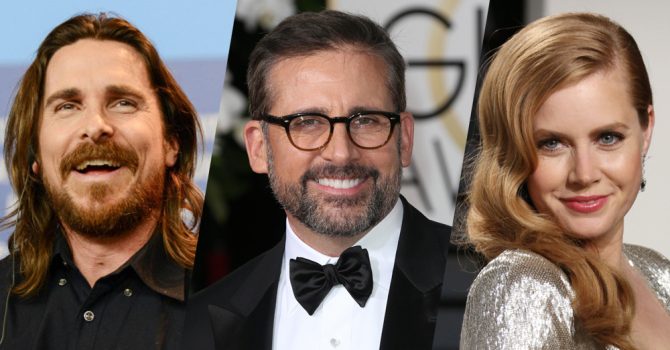 Adam McKay Brings In Big Stars For His Next Project…

Christian Bale, Amy Adams, and Steve Carell are all set for Adam McKay's follow-up to The Big Short!

Writer-director Adam McKay‘s follow-up to The Big Short looks set to keep the cast as equally impressive. His forthcoming Dick Cheney biopic for Paramount Pictures is prepped to see the likes of Christian Bale, Amy Adams, and Steve Carell all taking integral roles; two of which previously starred in McKay’s Academy Award-winning film.

The untitled Cheney project sees Bale is his choice for Dick Cheney, Carell is the choice for Secretary of Defense. Donald Rumsfeld, and Amy Adams is the choice for Cheney’s wife, Lynne. Now it’s up to Paramount to cast the vote on a green light. It seems an intriguing and gutsy movie for a studio trying to regain its footing under new chairman Jim Gianopulos. The filmmaker’s plan is to shoot in September, for release in late 2018.

The trade blog reports that McKay’s film will tell the story of Cheney, who moved from Halliburton chief executive, a role he assumed after he was Secretary of Defence from 1995-2000, to become reputedly the most powerful vice president in American history. McKay wrote the screenplay for the film and will direct for the studio, re-teaming with them following his 2016 title.