Ahead of the World premiere of the stand-out period horror comedy HERE COMES HELL at Arrow Video FrightFest Glasgow 2019, director Jack McHenry tells us about the challenges of a £22,000 budget, casting his mum and why nothing beats puppets and real blood.HERE COMES HELL is to receive its world premiere at Arrow Video FrightFest Glasgow. Excited or what? 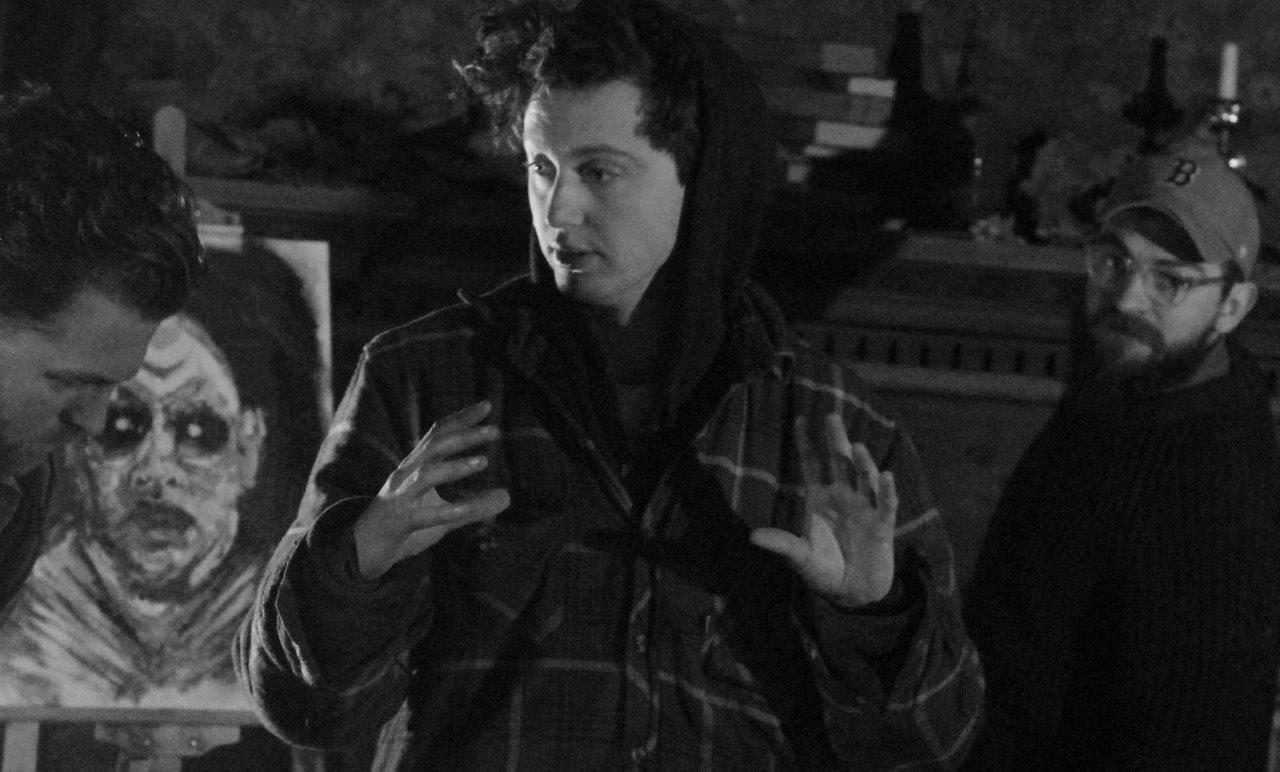 It’s amazing! I made this movie for people like me, people who like horror movies and crazy genre films. It’s the perfect place to premiere this kind of movie, as horror audiences are the most open minded movie-goers, they’re not turned off by low budgets or films made by first time directors.  They just want an exciting cinematic experience. 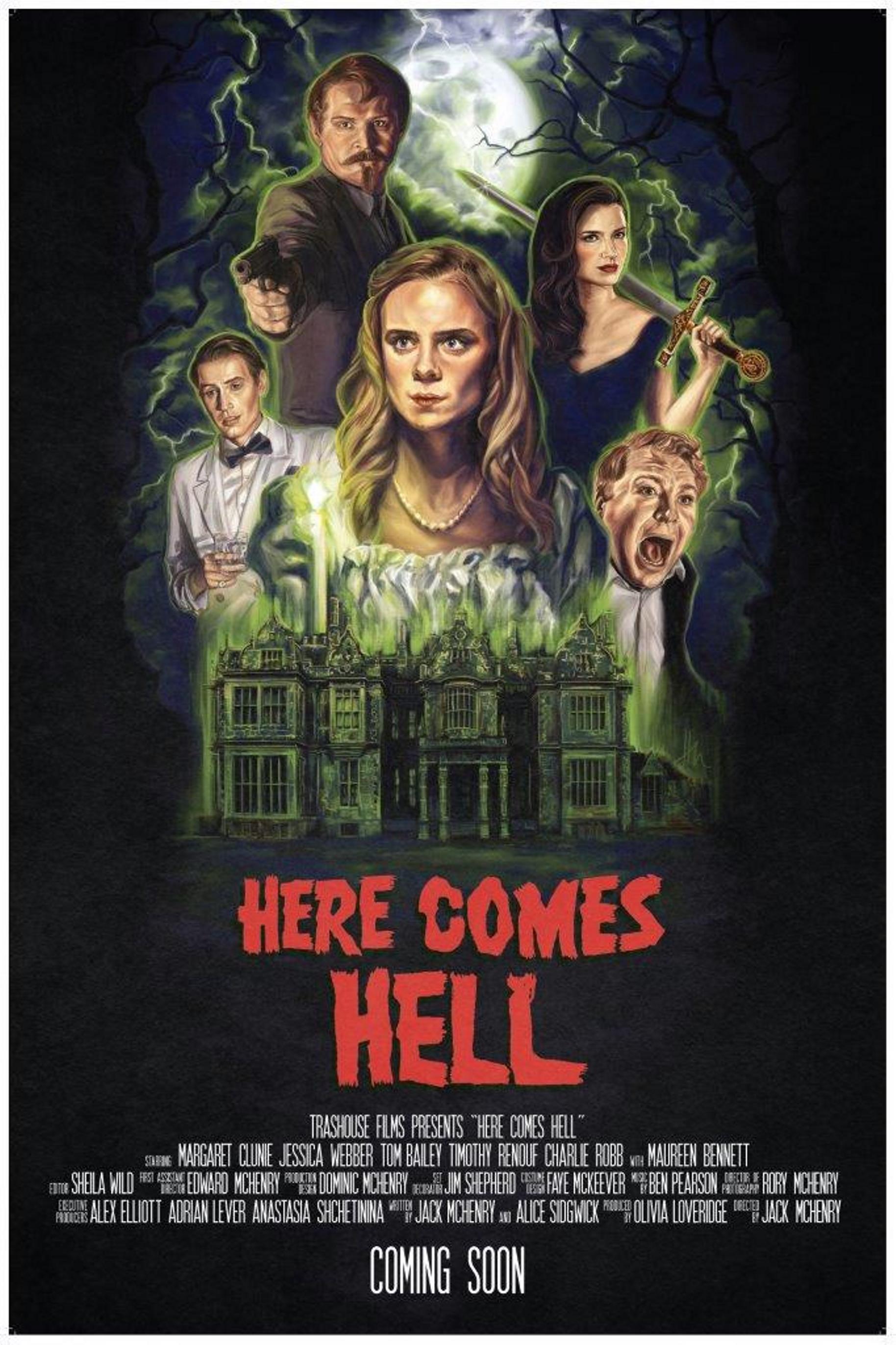 The film started life as a Kickstarter campaign. Were you pleased with the outcome?

We shot a short trailer and a pitch video. That was the worst part for me, having to talk in front of a camera. I feel much happier behind the lens.  When we posted the Kickstarter I had no idea it would turn out so well, I was a nervous wreck all the way though the campaign, I was terrified we wouldn’t make our goal. But it was really encouraging to see people getting behind the project. I’m so grateful to everyone who donated, without them we wouldn’t have a movie.

Yeah, that was our “elevator pitch”. The idea came about when I was watching David Lean’s Blithe Spirit and was like: what would happen if instead of his wife coming back and it being funny, it turned into a full on horror picture? I’ve always been a massive fan of Agatha Christie and early Hitchcock, but also at the same time I love horror movies like Sam Raimi’s Evil Dead and Peter Jackson’s Braindead and this movie allowed me to combine these two elements in a really fun way. 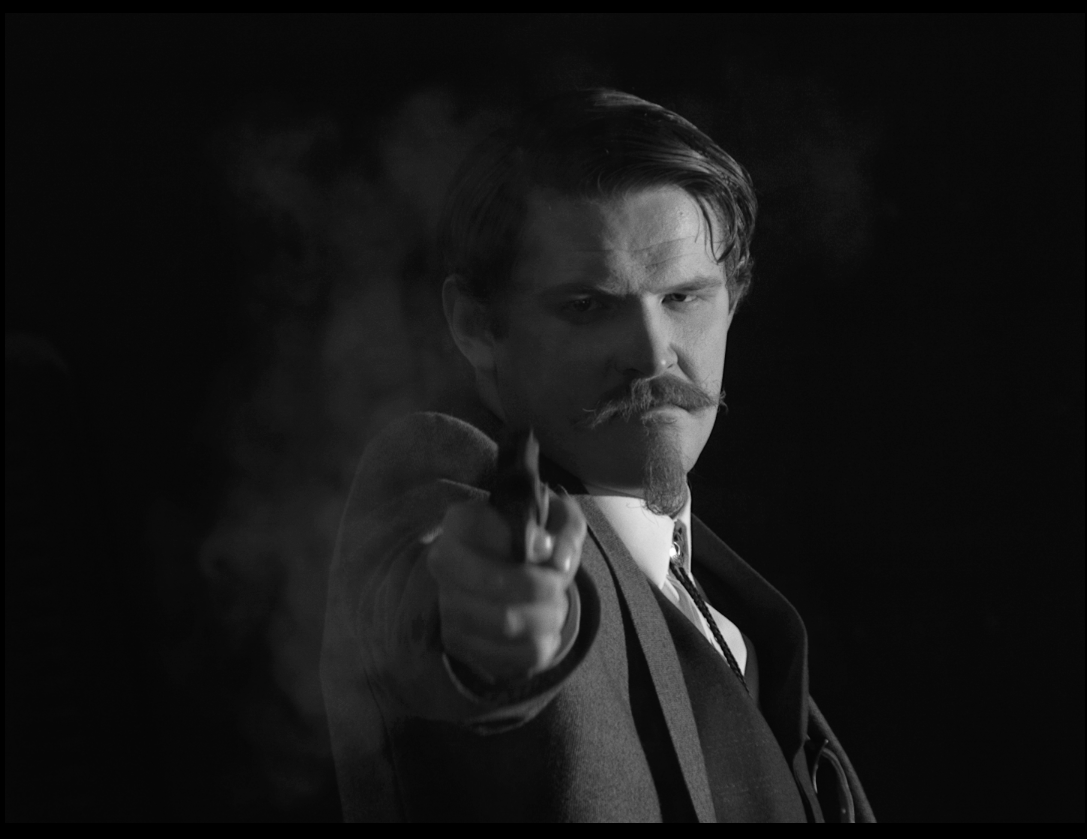 The film has copious amounts of crazy carnage. How did you achieve so much gory glory on so low a budget (£22,000)? Not to mention the caviar and cocktails…

“Gory glory” that’s cool. It was a tight budget, especially for what we were trying to achieve.  I really wanted the audience to feel as if they are watching a film from the 1930’s so it was really important to try and make if look and sound as authentic as possible, and that was hard on our small budget.  A lot of the effects we built from just joke shop stuff, like masks and fake arms. I wanted a lot of the gore and monster effects to be in camera, and have that old school feel about them. Nothing beats puppets and real blood.

What was the biggest challenge you faced as a director?

This is my first feature film and biggest project I’ve ever done, so that was already really terrifying for me.  We shot the movie in 19 days, 10 of those were the main chunk of the film set in “Westwood Manor” so it was a really tight schedule. There were days were we were literally sprinting between set-ups, and at the same time I really wanted it to look as grand and luscious like a massive studio picture from the 1930’s or 1940’s. But the cast and crew were so great I think we managed to pull it off.

There are some terrific performances. What was the casting process like?

The actors really make the film; without them the movie wouldn’t be anywhere nearly as engaging. I’d worked with Margaret Clunie and Tom Bailey on a short film before this and they were so great. I really wanted to work with them again, so when we started writing this we wrote with them in mind.  Margaret introduced me to Timothy Renouf, and as soon I met him I knew he had to play Freddie – he has this old movie star feel about him. Then I saw Charlie Robb doing a stand up show and he was so funny and I thought he would bring something interesting to the part of Victor. Jessica Webber was acting in a play that the composer of Here Comes Hell, Ben Pearson, was working on. When I saw her she really reminded me of Joan Fontaine, which was perfect for the role of Elizabeth. Then finally my Mum plays Madam Bellrose, so that was really fun working with her. 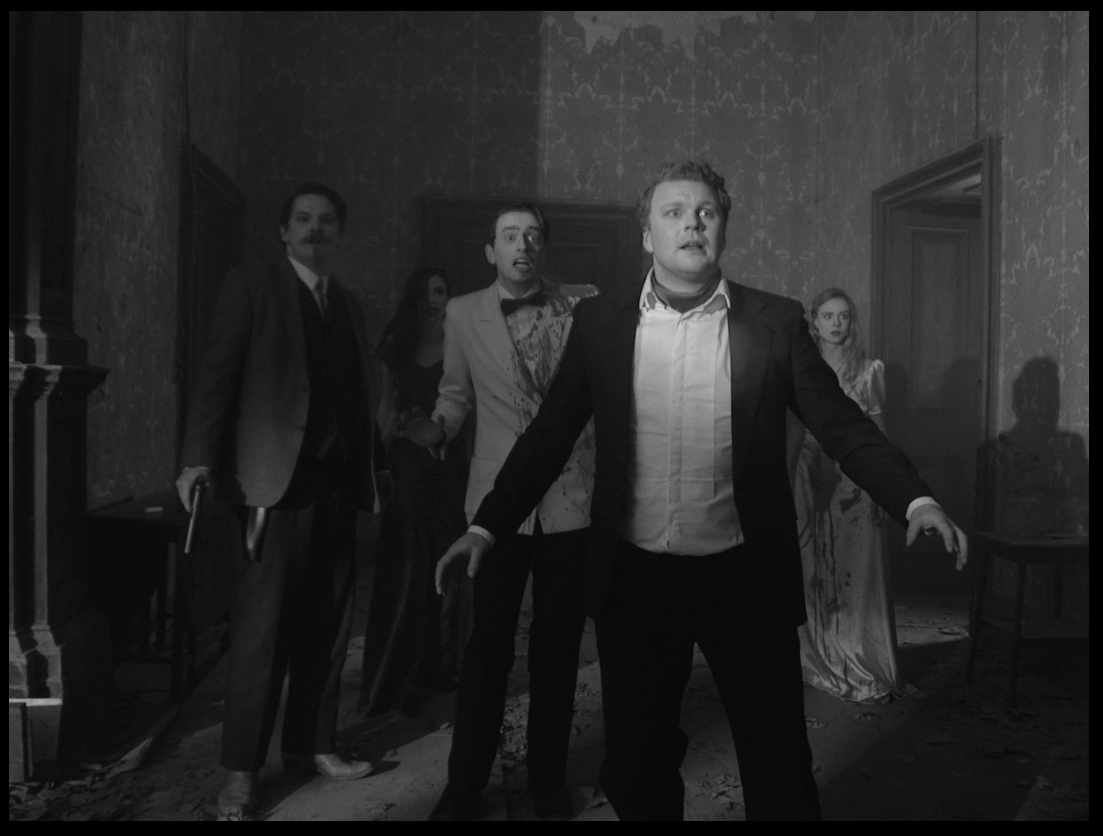 It looks like you all had a lot of fun. How tough was it balancing the comedy with the horror?

Like any horror comedy you have to make sure you get people to laugh at the funny bits and be scared at the horror moments, and that can be a hard line to tread.  I looked to movies like An American Werewolf in London and Ghostbusters to the way they deal with the tone.  I never wanted it to feel as if we were making a “spoof” or poking fun at the movies we were referencing, instead I wanted to make a love letter to genre movies.

Who are your genre influences?

For this film the influences were people like Sam Raimi, John Carpenter, Hitchcock , Argento and James Whale. Francis Ford Coppola’s Dracula is one of my favourite movies, I love the visual style, and that was a massive influence on this film. But there’s also Peter Jackson’s early works in there and some of the Ealing comedies, as well as some elements of Rosemary’s Baby and The Shining.

Tell us a bit about the ambitions of your company Trashouse,

To make good movies! We’ve got a great crew of people together and we’ve got plenty of ideas. When we were making Here Comes Hell our pitch was always that we can make really original, entertaining films on a really low-budget, and we think that sums up Trashouse. We wanted to show, “hey, look what we can do for £22,000, imagine what we could do with £200,000!”

We’re developing a couple of scripts at the moment. One is a horror-adventure set in medieval times, and the other is an 18th century smuggler movie.  Think The Departed meets Treasure Island…

HERE COMES HELL is showing at the Glasgow Film Theatre on Fri 1 March, 6.30pm, as part of Arrow Video FrightFest Glasgow 2019.  Jack McHenry will be attending.