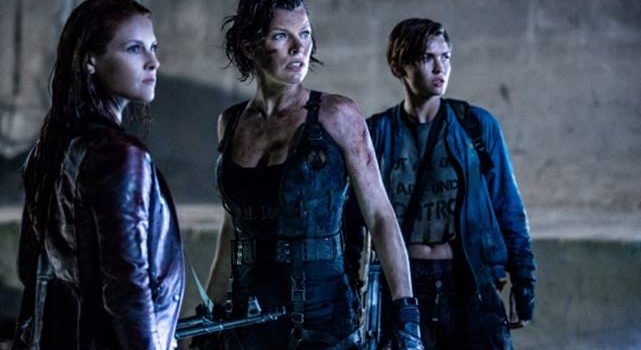 It may have been a long and often taxing road, but we’re finally at the conclusion of the Resident Evil franchise, with Resident Evil:...

It may have been a long and often taxing road, but we’re finally at the conclusion of the Resident Evil franchise, with Resident Evil: The Final Chapter promising that Milla Jovovich and Paul W. S. Anderson will draw in the end to Alice’s mission to rid Raccoon City of the zombie threat.

As we approach the release of the final film, Sony have released a new clip which sees Jovovich’s lead heroine looking to take the fight to the zombie hordes and ‘kill every one of them’.

The clip features Ali Larter, returning in her role as Claire Redfield, as well as series newcomer and current hot property Ruby Rose as Abigail. It’s also a massive indicator on just how many zombies will populate the screen, with a huge spanning shot a great indicator on just how difficult a task it will be for Alice to rid the earth of the infection. All that and she’s got Albert Wesker (Shawn Roberts) and Dr. Alexander Isaacs (Iain Glen) to deal with too. She doesn’t do things by halves!

Check out the new clip below.

Picking up immediately after the events in Resident Evil: Retribution, Alice (Milla Jovovich) is the only survivor of what was meant to be humanity’s final stand against the undead. Now, she must return to where the nightmare began – The Hive in Raccoon City, where the Umbrella Corporation is gathering its forces for a final strike against the only remaining survivors of the apocalypse.

Resident Evil: The Final Chapter is released in the UK on 3rd February.