ALYCIA RECKONS WITH AN AGONISING PAST IN AN ALL-NEW EPISODE OF AMC’S “FEAR THE WALKING DEAD” ON MONDAY 20TH AUGUST EXCLUSIVE TO BT CUSTOMERS HOST... 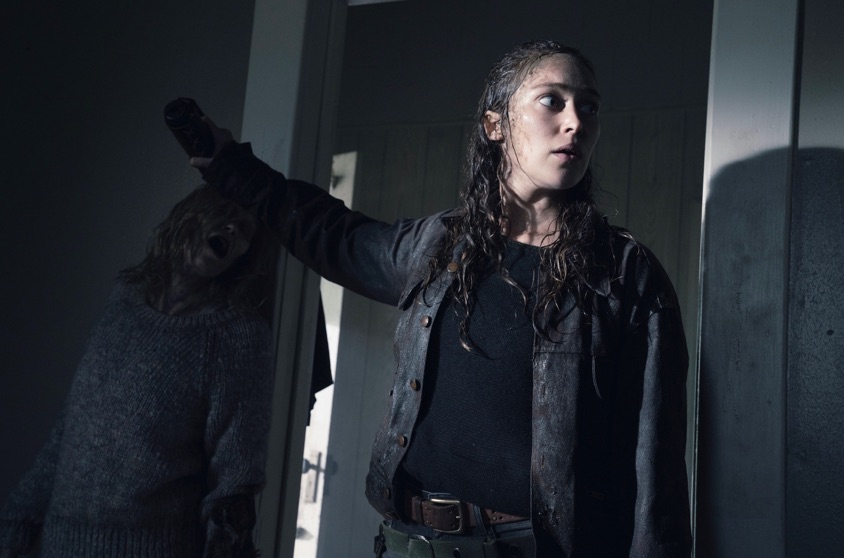 Alycia Debnam-Carey as Alicia Clark in “Fear the Walking Dead”

An all-new episode of AMC’s original series “Fear the Walking Dead” airs on Monday 20thAugust at 2:00am simultaneous to the US premiere with a repeat at 9:00pm, exclusive to BT customers.  The tenth episode in the season, “Close Your Eyes”is written by Shintaro Shimosawa and directed by Michael E. Satrazemis. Alicia is forced to reckon with an agonising past while seeking refuge from a storm.

The first half of season four began with one figure huddled around a campfire and ended with nine. Characters who started their journeys in isolation collided with each other in unexpected ways and found themselves in one of the last places they ever expected to be… together. In the back half of the season they will explore who they are now – as individuals and as part of the greater group – and how they will forge ahead. They will find themselves pitted against new adversaries – human, walker, and even nature itself. Theirs will be a journey wrought with danger, love, heartbreak, loss, and ultimately, hope.