AMÁ LORNA TUCKER’S COMPELLING DOCUMENTARY ABOUT STERILISATION ABUSE IN US IN UK CINEMAS FROM 6th DECEMBER SYNOPSIS: Revealing one of North America’s darkest secrets, the officially...

SYNOPSIS: Revealing one of North America’s darkest secrets, the officially sponsored destruction of Native American families. Children were removed from their families and thousands of women sterilised without their consent. First-time film maker Lorna Tucker breaks the silence that still covers this dark chapter, piecing together a tragic story of good intentions gone wrong and misguided attempts to “improve” Native Americans. Along the way she finds a growing number of women ready to confront the pain of the past. Travelling across some of the loneliest parts of the United States, Tucker interviews victims, officials and whistleblowers, detailing the heart-breaking wrongs visited by government agencies on the Native American population. Most shockingly, these include mass enforced sterilisation of Native women, continuing up to the 1980s. Tucker finds and interviews women sterilised without consent during these years, as well as officials who saw anti-poverty programmes put into place and gradually twisted from their original intent. Setting these scandals into the context of the 1960s Civil Rights Movement, including the occupation of Alcatraz in 1969-1971, these protests continue today to inspire women to raise their voices, fighting for a better future for themselves and for those children they have. 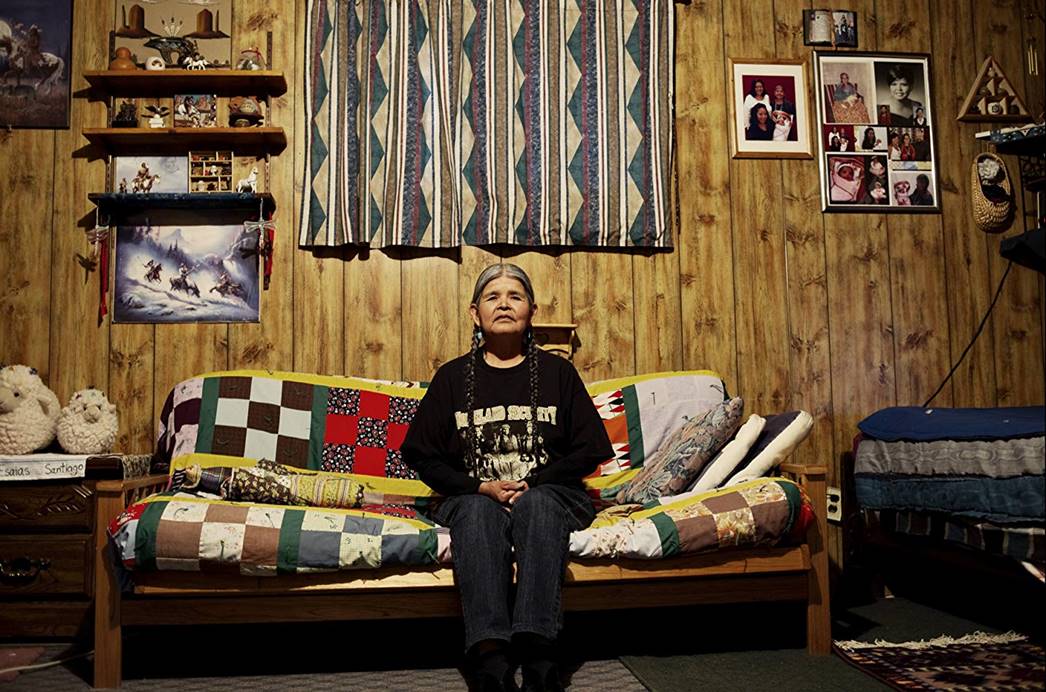 The Global Health Film Festival is proud to announce the Opening Night Film for the 4th edition, will be the world premiere of ‘Amá’ from director Lorna Tucker and producers Ged Doherty and Colin Firth. A powerful and compelling documentary about the sterilisation abuses of Native American women across the United States during the last sixty years.

‘Amá’ will screen on Thursday, 6 December at the Curzon in Soho, London and will be introduced by Lorna Tucker, Colin Firth and the protagonists of the film Charon Asetoyer and Jean Whitehorse. The film screening will follow with a discussion.

Lorna Tucker (Westwood: Punk, Icon, Activist) explores this chapter in Native American history, piecing together a tragic story of the destruction of Native American families where children were removed from their families and thousands of women sterilised without their consent. Along the way she finds a growing number of women ready to confront the pain of the past.

In ‘Amá’, those ignored voices join together in a chorus demanding attention. Jean Whitehorse tells of her political awakening in the Summer of Love even as doctors secretly prepare to sterilise her. She’s amazed to learn that the problem was nationwide: her old friend Yvonne Swan, from Washington state, was also illegally sterilised. Meanwhile, relentless activist Charon Asetoyer starts a radio station in South Dakota to amplify the voices of affected women.

Travelling across some of the loneliest parts of the USA, Lorna Tucker (Westwood: Punk, Icon, Activist) contextualises these revelations by listening to victims, doctors, politicians and whistle-blowers. She sets the scandal into the context of the civil rights movement, including the Native American occupation of Alcatraz in 1969. How could the voices of Native Americans have gone unheeded for so long? She finds a story of misguided attempts to “improve”, to “save” and to “civilise” Native Americans, an attitude that led to one of the most grotesque abuses of power in modern American history.

Gerri McHugh, Founder and Director of Global Health Film said: ‘Amá’ shines a powerful and timely spotlight on some of the personal consequences and collective continued suffering resulting from the coercive or forced sterilisation of thousands of Native American women in 20th century USA. Until ‘Amá’, this has been a sorely-neglected chapter of the wider global 20th century eugenics programme that, in the name of public health or family planning, so often focussed on the most vulnerable groups in society including poor, migrant, minority or indigenous populations. Exposing and debating such issues is central to the aims of Global Health Film and as such, we are delighted to schedule ‘Amá’ twice within this year’s Global Health Film Festival programme.”

Lorna Tucker, Director of Amá commented: “I’m thrilled that ‘Amá’ will be having its world premiere at the Global Health Film Festival as it is totally aligned with the reason this film was made, to bring stories that are often overlooked, or ignored to a global audience, whilst using the film’s Native led outreach as a catalyst for change. When I started working with the women in ‘Amá’, it started as an exposé of the horrific abuses endured by Native and poor women of colour in America. But now I feel it also represents a timely warning of what happens when men in power dictate the rights of a woman’s body.”

To purchase tickets to the world premiere of ‘Amá’ at the Curzon, Soho:

Screenings will be on Thursday 6 December 7pm at the Curzon Soho and Saturday 8 December 6pm at the Wellcome Collection, Bloomsbury.