~ Created by Zoya Akhtar and Reema Kagti and produced by Ritesh Sidhwani and Farhan Akhtar, the upcoming series will launch across 200 countries...

~ Created by Zoya Akhtar and Reema Kagti and produced by Ritesh Sidhwani and Farhan Akhtar, the upcoming series will launch across 200 countries and territories on March 8th, 2019 ~

~Made in Heaven is an immersive drama series reflecting the lives of upscale modern India, narrated through the eyes of two wedding planners, set against the backdrop of quintessential Indian weddings ~

Amazon Prime Video, Excel Media & Entertainment and Tiger Baby today announced the trailer launch of their upcoming Prime Original Series Made in Heaven. The trailer invites viewers to take a peek into the lives of Tara and Karan, two Delhi-based wedding planners. Their stories unfold over the course of an opulent wedding season. As tradition jostles with modern aspirations against the backdrop of big fat Indian weddings, many secrets and myriad lies are revealed. Created by Zoya Akhtar and Reema Kagti, Made in Heaven is set to release on March 8th, exclusively on Amazon Prime Video across 200 countries and territories. 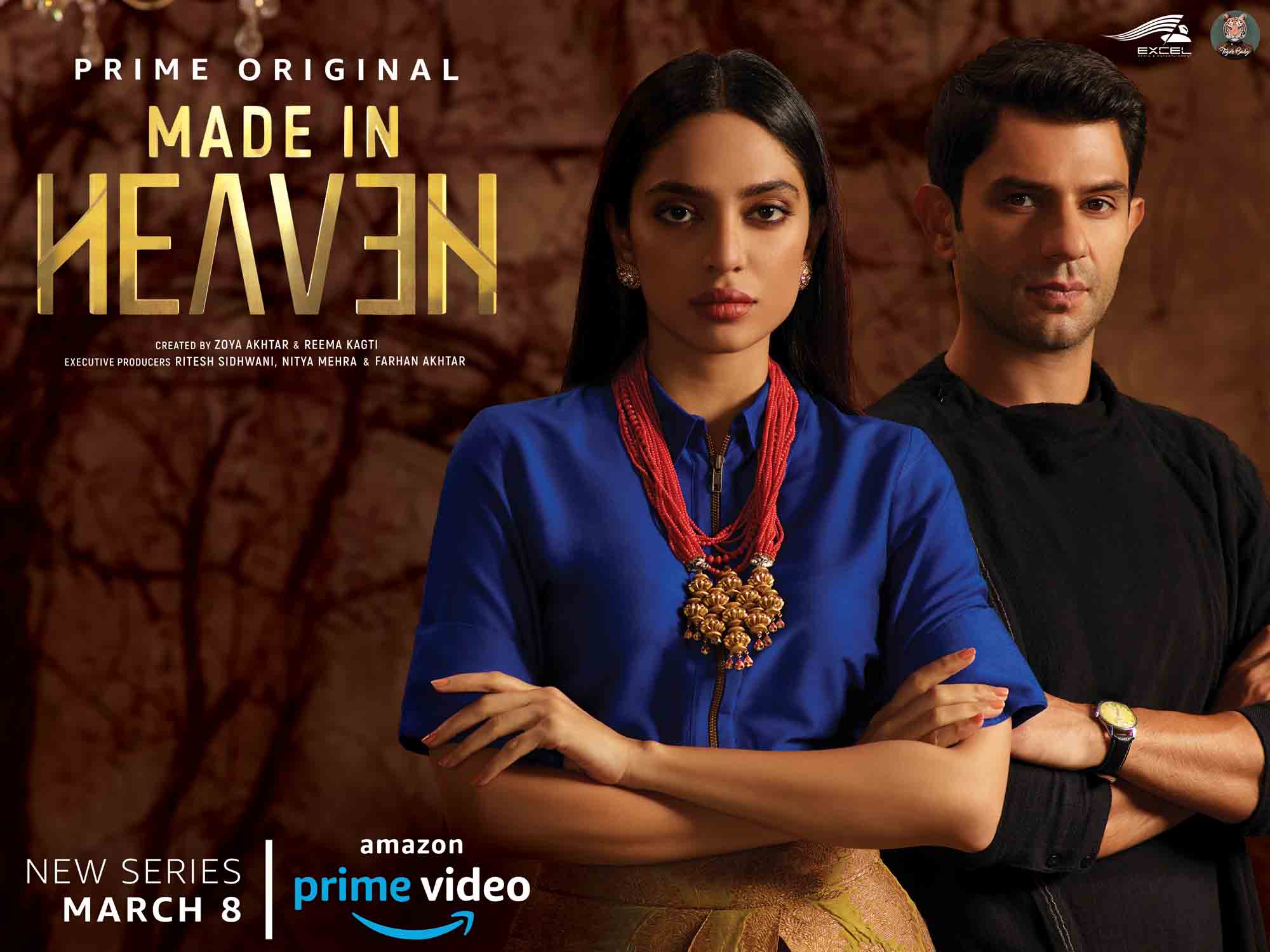 Vijay Subramaniam, Director and Head, Content, Amazon Prime Video India, said, “Made In Heaven brings to Indian customers a show with a fresh storyline, incredible talent and a layered narrative that will draw the viewer in.  We endeavour to bring viewers’ local, immersive stories that are relatable – Made In Heaven is a gripping drama series from the house of Tiger Baby Productions and our long-time collaborators, Excel Media & Entertainment. Indian weddings are a heady mix of celebrations, drama and intrigue for customers everywhere and this show will offer just that by lifting the veil and looking closely at what transpires behind-the-scenes. We are ecstatic to work with Zoya, Reema and the team and are certain audiences will enjoy this voyeuristic view beneath the veneer of grand Indian weddings.”

Ritesh Sidhwani, Excel Media & Entertainment, said, “We have had two mega-hits in collaboration with Amazon Prime Video. Inside Edge nominated at last year’s International Emmy Awards was a phenomenal success and Mirzapur connected with customers not only in India but also globally. We believe our next show Made in Heaven will take our successful collaboration a step further. Made in Heaven holds a mirror to society, bringing to light the tussle between tradition and modernity in India. The series will certainly make viewers reflect on the state of Indian society – a culture in transition.”

Zoya Akhtar and Reema Kagti, Creators, Tiger Baby, said, “Creating Made in Heaven has been a labour of love. Our objective with this project was to tell a story that was inherently entertaining but strong and deeply rooted in our society. Grand Indian weddings acted as just the right backdrop to examine the liberal fabric of educated, modern Indians and their dichotomous value systems that co-exist peacefully at times and at others come into conflict. The 9-episode series is the culmination of the creative vision of four directors – Nitya Mehra, Prashant Nair, Alankrita Srivastava and me (Zoya Akhtar), brought to life by Amazon Prime Video, who have been fabulous collaborators to work with.”

The trailer of Prime Original Series Made in Heaven gives viewers a glimpse into the drama that is waiting to unfold on March 8th only on Prime Video. The show chronicles the lives of Tara and Karan, two wedding planners in Delhi. These two headstrong individuals often mask their supreme vulnerability – sometimes even from each other, as their wedding planning agency “Made In Heaven” forces them to open up and reveal themselves. The show portrays today’s India as a potent blend where tradition jostles with modern aspiration, set against the theme of the ‘Big Fat Indian Wedding’. Indians believe marriages are made in heaven and it is against these sacred unions that Tara and Karan’s personal journeys are juxtaposed. With world class production values and a magnificent scale, the show provides the viewer with a grand cinematic experience of intricacies and the drama around upscale Indian weddings. The Prime Original Series is directed by Zoya Akhtar, Nitya Mehra, Alankrita Shrivastava and Prashant Nair, executive produced by Ritesh Sidhwani and Farhan Akhtar, and stars Arjun Mathur, Sobhita Dhulipala, Jim Sarbh, Kalki Koechlin, Shashank Arora and Shivani Raghuvanshi.