Amazon Prime Video and Excel Media & Entertainment today released the trailer of the highly anticipated Prime Original Series – Mirzapur. Set in the heartland of India, Mirzapur revolves around drugs, guns and the politics of power in a land where might is right. Created by Karan Anshuman & Puneet Krishna and directed by Gurmmeet Singh, Mirzapur is a nine-episode series that will be available to stream exclusively on Prime Video from November 16, 2018 across more than 200 countries and territories.  An edge-of-your-seat binge-watching experience, Mirzapur is a gripping narrative brought to life by a power-packed cast including highly acclaimed and award-winning actors such as Pankaj Tripathi, Ali Fazal, Vikrant Massey, Divyendu Sharma, Kulbhushan Kharbanda, Shweta Tripathi, Shriya Pilgaonkar, Rasika Dugal and many more.

Vijay Subramaniam, Director & Head, Content, Amazon Prime Video India, said, “With Mirzapur, we reiterate our commitment to bring new, ground breaking shows to Indian and global audiences with high caliber production values and exceptional content creators and talent. More importantly, we remain committed to taking stories from India that are local in narrative yet epic in scale to a global stage. If the global launches of Inside Edge, Breathe, etc. have taught us anything, it is that high quality Indian content has found resonance with audiences around the world and there is a growing appetite for the same”.

Ritesh Sidhwani, Excel Media & Entertainment, said, “We are thrilled to collaborate with Amazon Prime Video to present a genre-defining, bold and powerful story like Mirzapur. A show of this caliber with high production value and scale takes it to the next level of cinematic experience. We are taking a story set in the heartland of India to a global audience & are excited to see how viewers respond to it.”

Farhan Akhtar, Excel Media & Entertainment, said, “We are excited to collaborate again with Amazon Prime Video for the next Prime Original Series, Mirzapur. The success of Inside Edge reaffirms our faith in digital streaming in India, proving that these are indeed exciting times for storytellers, artists, writers and filmmakers. Mirzapur is a story not meant for the faint hearted and it will make people think about the show for days after watching it.” 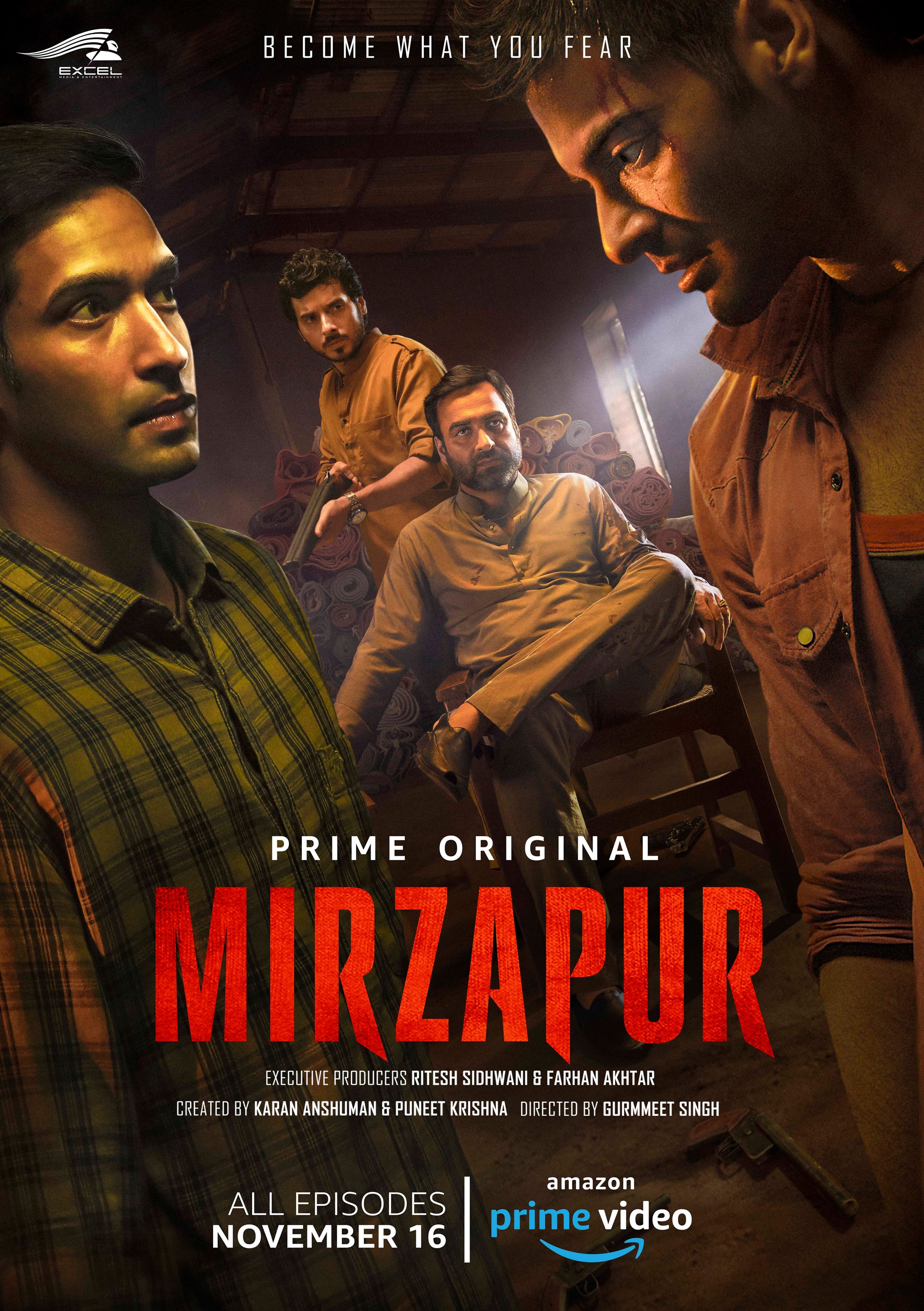 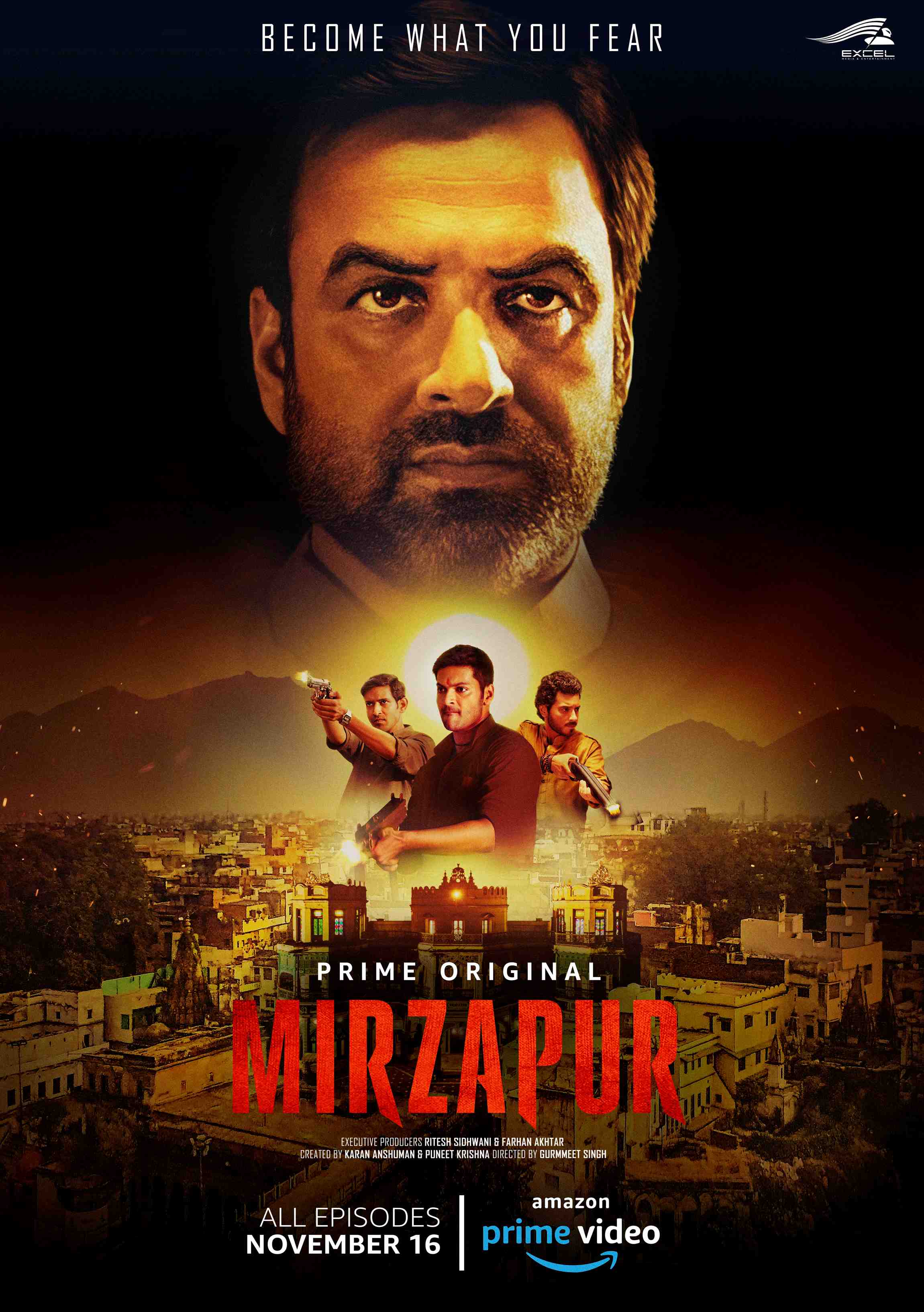 The journey of two brothers lured by the idea of power only to get consumed by it, Mirzapur is an amped-up portrayal of India’s heartland and youth. It’s a world replete with drugs, guns, and lawlessness, where caste, power, egos and tempers intersect and violence is the only way of life.

Iron-fisted Akhandanand Tripathi is a millionaire carpet exporter and the mafia don of Mirzapur. His son, Munna – an unworthy, power-hungry heir – will stop at nothing to inherit his father’s legacy. An incident at a wedding procession forces him to cross paths with Ramakant Pandit, an upstanding lawyer, and his sons, Guddu and Bablu. This snowballs into a game of ambition, power and greed that threatens the fabric of the lawless city.  With heart-pounding action, violence at an operatic scale, gangsters with sharp minds and dry humor, Mirzapur is a hinterland story that is as raw as it gets.

The Amazon.in marketplace is operated by Amazon Seller Services Private Ltd, an affiliate of Amazon.com, Inc. (NASDAQ: AMZN). Amazon.in seeks to build the most customer-centric online destination for customers to find and discover virtually anything they want to buy online by giving them more of what they want – vast selection, low prices, fast and reliable delivery, and a trusted and convenient experience; and provide sellers with a world-class e-commerce marketplace.

Excel Media & Entertainment, a subsidiary of Excel Entertainment, one of the leading production houses of Bollywood that is widely known for their much-acclaimed films like Dil Chahta Hai, Lakshya, Rock On, Dil Dhadakne Do and Zindagi Na Milegi Dobara.