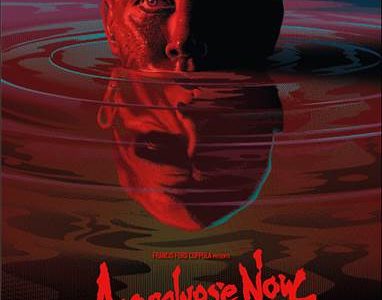 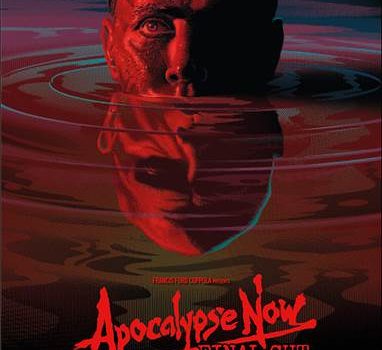 To celebrate the 40th anniversary of the Oscar-winning Vietnam cult war epic this summer, STUDIOCANAL to release a special, never-before-seen cut restored with breathtaking realism by Coppola himself to the highest and finest audio and visual standards, for a truly visceral cinema experience.

Forty years after its original release, audiences will get the chance to experience Apocalypse Now Final Cut, a never-before-seen and newly restored cut of Coppola’s spectacular cinematic masterpiece in a way which the director believes “looks better than it has ever looked and sounds better than it has ever sounded”. STUDIOCANAL and Coppola are“thrilled beyond measure to present the best version of the film to the world”, with special theatrical screenings planned this summer in the UK, Germany and Australia.

Restored from the original negative for the first time ever, Apocalypse Now Final Cut is Coppola’s most complete version of his multi-awarded classic -a haunting journey into madness that fascinated generations of movie lovers and now feels even more monumentally alive than ever before. 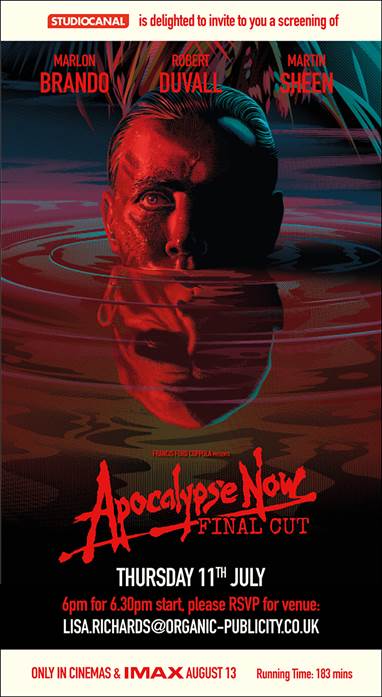 The best visual and sound technologies have been used to present Coppola’s true vision of the film: one that delivers deep, visceral visual and auditory impact. “The audience will be able to see, hear and feel this film how I always hoped it could be—from the first ‘bang’ to the final whimper” said the film-maker.

This is the first time the original negative has ever been scanned and over 11 months and 2,700 hours were spent on cleaning and restoring the film’s 300,173 frames.

The Apocalypse Now Final Cut restoration has been brought to life through ultra-vivid picture quality with Dolby Vision®, delivering spectacular colours never before seen on a screen, with highlights that are up to 40 times brighter, and blacks that are 10 times darker.

Apocalypse Now Final Cut has been mixed in Dolby Atmos® to offer a truly immersive sound experience and it has been enhanced Meyer Sound Laboratories’ newly developed Sensual Sound™, a technology engineered to output audio below the limits of human hearing.

The film premiered at the Tribeca Film Festival on 28th April 2019 and will celebrate its 40th anniversary in cinemas and IMAX on Tuesday 13th August 2019. Screenings will include a filmed conversation with Francis Ford Coppola and Steven Soderbergh recorded at the Tribeca premiere.

On 26th August 2019, STUDIOCANAL will release brand new Home Entertainment editions – a 4K Ultra HD and Blu-ray edition with 4 discs plus Steelbook editions (Exclusive to Zavvi) – featuring all three versions of the movie (The Final Cut, The Theatrical and The Redux), new artworks and exclusive bonus material.