Are We Dead Yet – Trailer Launch and Screener Availability Announcement

Nwaka Productions Fredi’s solo production company is proud to announce Are We Dead Yet. Produced, directed and written by Fredi ‘Kruga’ Nwaka, Are We...

Nwaka Productions Fredi’s solo production company is proud to announce Are We Dead Yet. Produced, directed and written by Fredi ‘Kruga’ Nwaka, Are We Dead Yet has been shortlisted for the Screen Genre Rising Star Award at this year’s Screen Awards and will be shown at this year’s FrightFest in August in Leicester Square.

Are We Dead Yet is the story of a robbery goes horrifyingly wrong when five have a go criminals are forced to take refuge from the police in an old castle. What starts out as ‘one last job’ quickly becomes a hilarious fun filled journey of ghostly misfortunes.

Are We Dead Yet is lead by British Actress Jessica Jane-Stafford (The Real Hustle, Black Site, Cannibals and carpet fitters) and supported by a cast including Tim Faraday (Snatch, The Ghost), Khali Best (Endeavour, Eastenders), Charles Venn (Casualty, The Dark Knight) and Winston Ellis (The Dark Knight, Rise of the Footsoldier) and with a whole host of cameos from well-known celebrity faces such as Marcel Somerville, Paul Danan and comedians Hakan Hassan, Kojo, Chunkz, Jahanah James, Stevo the Mad Man, A Dot Comedian and musicians Professor Green, Lisa Maffia, Cadet and Angel.

Are We Dead Yet will be the first feature film from critically-acclaimed award winning writer and director Fredi Nwaka. 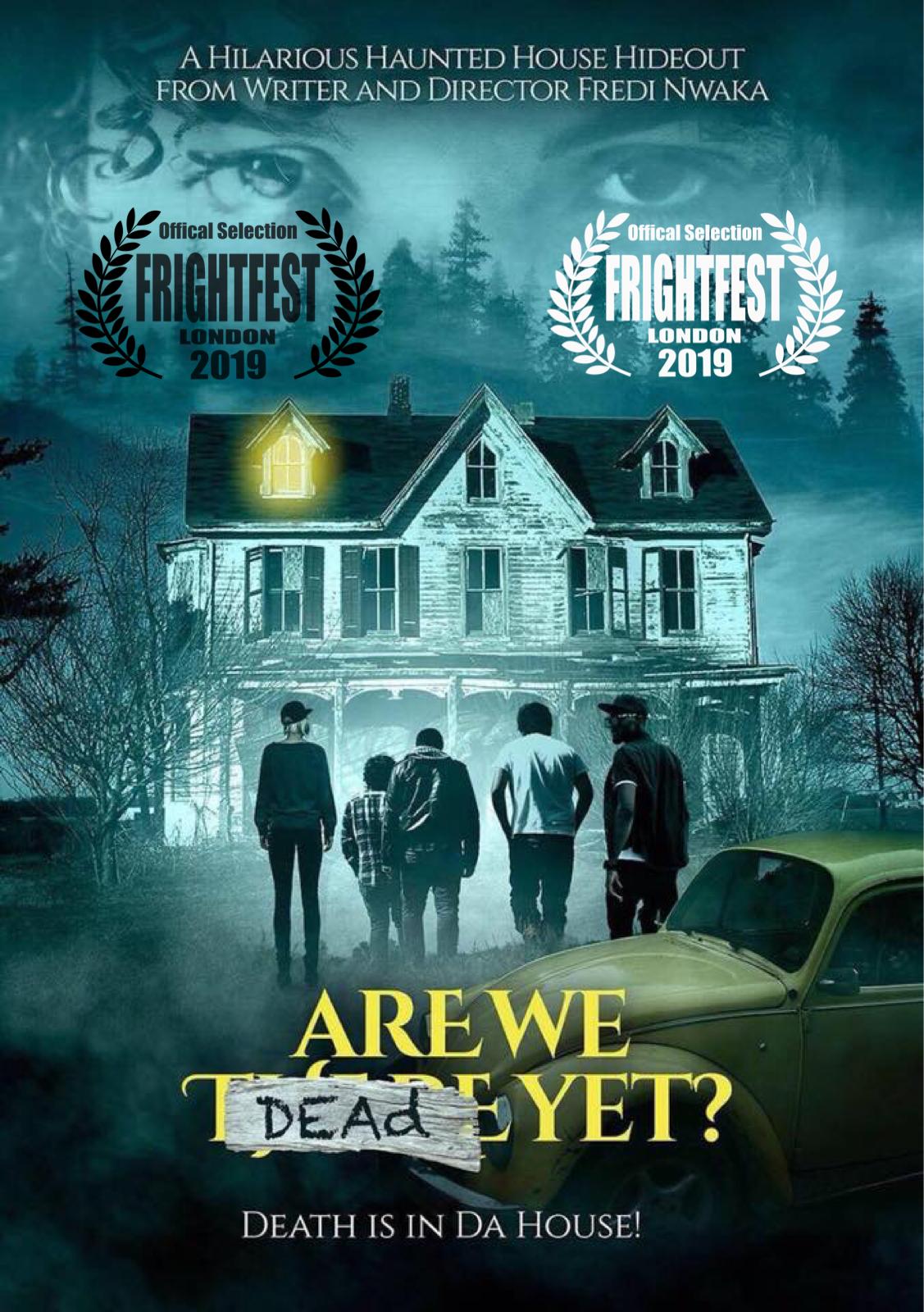