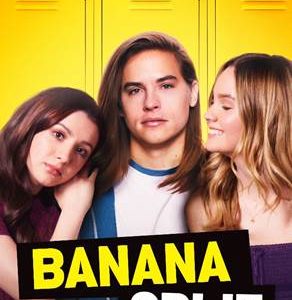 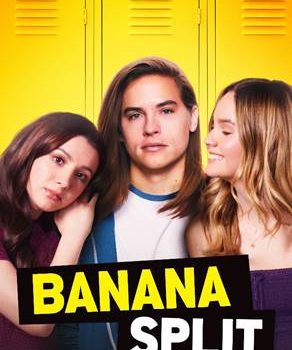 “Perfect teen rom-com to watch at home”     “Booksmart-esque vibe at its neon-lit core, but this still feels like something... 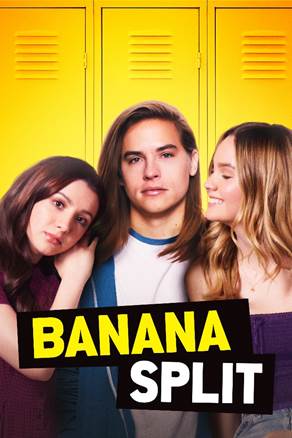 BANANA SPLIT is a heartfelt and hilarious coming of age story about teenage relationships and what happens when friendships and romance get in the way of each other. Starring, produced and co-written by Hannah Marks (Dirk Gently’s Holistic Detective Agency, Daniel Isn’t Real), one of Rolling Stone’s ‘25 Under 25 Young Musicians, Actors, Activists Changing the World’, and starring Dylan Sprouse (The Suite Life of Zack & Cody, Dismissed) and Liana Liberato (To the Bone, Light as a Feather), BANANA SPLIT comes to digital download in the UK on 8th June 2020.

High school classmates April (Hannah Marks), Nick (Dylan Sprouse), and Ben (Luke Spencer Roberts) are a close circle of friends up until the summer before college when April and Nick, who have been dating for two years, suddenly break up. As Ben struggles to maintain both friendships, he introduces his childhood friend Clara (Liana Liberato) who begins to date Nick and covertly becomes best friends with April. Now Ben is stuck in the middle, hanging out with the two girls behind his best friend’s back. Plus, Nick and April still have feelings for each other. Now everyone has secrets, and everyone feels like the third wheel. The group’s dynamic gets very complicated as they try to navigate their last few weeks together before leaving town.