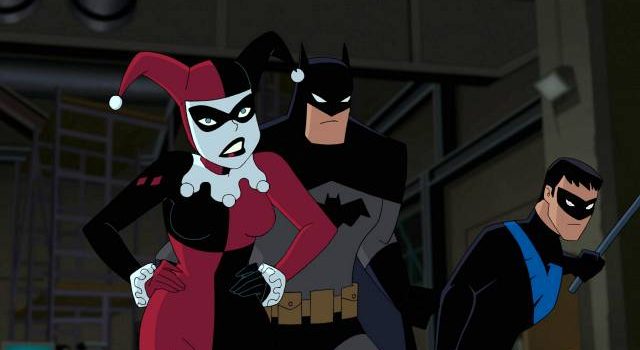 An unnecessary, uneven portrayal of The Batman: The Animated Series The Batman cartoon, which aired in the 90’s, was arguably one of the best...

An unnecessary, uneven portrayal of The Batman: The Animated Series

The Batman cartoon, which aired in the 90’s, was arguably one of the best representation of Batman seen on television. Returning voice actor from the hit TV cartoon, Kevin Conroy, is the quintessential voice of Batman. Also returning is Loren Lester, who voiced Dick Grayson, voices Nightwing. The latest DCAU film, Batman and Harley Quinn could have been a fantastic nod to the cartoon, but failed in almost every aspect.

Veteran director of DCAU films, Sam Liu returns, alongside renowned writer Bruce Timm and James Krieg. Their writing credentials can speak for themselves, but even with all their combined expertise, the story was convoluted, the tone of the film was all over the place, and in the end just not fun. Besides Wonder Woman continuing to destroy box office numbers, Batman and Harley Quinn are DC’s two hottest properties. Batman is a beloved character, and Harley Quinn, who started off in The Batman: The Animated Series, is a seductive ball of fire. Sharing the same city and a common theme of Joker could have paired them into a fantastic adventure of relation and escapism, yet the film produced an unneeded tale of the redemption of Harley Quinn. The overall quality of the film was a step back in many directions for the DCAU, and felt like nothing more than a cash-grab.

The story was simple, Poison Ivy (Paget Brewster) and Floronic Man (Kevin Michael Richardson) plans to destroy the world and turn it into a luscious green paradise, in hopes to save the world from climate change. Batman and Nightwing want to stop them, but need the help from Harley Quinn (Melissa Raunch), who has gone into hiding in hopes to get out of the criminal world. A fun redemption story for a sociopath. However, at no point was the film convincing that they even needed Harley Quinn. If anything, they went into a lot more trouble to finding and recruiting her. At one point in the film they managed to add two full musical numbers, which can be described awkward at best.

The entire film felt amateurish, not ever knowing the purpose and audience for this film. The tone went from serious adult humour with sexual innuendo, to childish jokes that fell very flat. The animation as well was also erratic. The only redeeming quality about the animation was that it was very reminiscent of the 90’s cartoon, but animation and production has come a long way in 15 years. There seemed to be no improvement to the animation quality.  The lack of flow between scenes, and lack of detail in sequences could easily take someone out of the film, combined with the many plot holes as well. Furthermore, the music itself added nothing to the film.

Even with Kevin Conroy, there was no saving this film. The lead two voice actors, Conroy and Lester, have comfortably set into a more than a decade long role. Yet, the comfort of their job did not add anything to this film either. Melissa Raunch was an acceptable Harley Quinn, but the musical numbers may have ruined that all. The awkwardness of the script could be heard from the unconvincing nature of the voice actors. The best character portrayal should go to Kevin Michael Richardson as Floronic Man, adding much needed gravitas with his deep voice.

One good detail in the film were the many Easter eggs present in the film. Although the film primarily focused on Batman, Nightwing and Harley Quinn, which really should have been the name of the film instead, DC comic fans get to see cameos from Swamp Thing and Sarge Steel, both voiced by John DiMaggio. In addition, hearing Booster Gold (Bruce Timm) was a nice touch. It gives the chance of hardcore fans getting to see more characters, and opening up the world to a lot more characters for the studio to utilise in future productions.

Batman and Harley Quinn was obviously a quick form of fan service, for fans to ship characters, get some sexual jokes, and see Batman. A greatly disappointing project, that adds nothing to the show. It had great potential to be a great send off to the 90’s incarnation of Batman, as well as Harley Quinn. Regardless, if fans want to be nostalgic or want to see the cartoon they grew up with, they are much better off re-watching The Batman: The Animated Series.