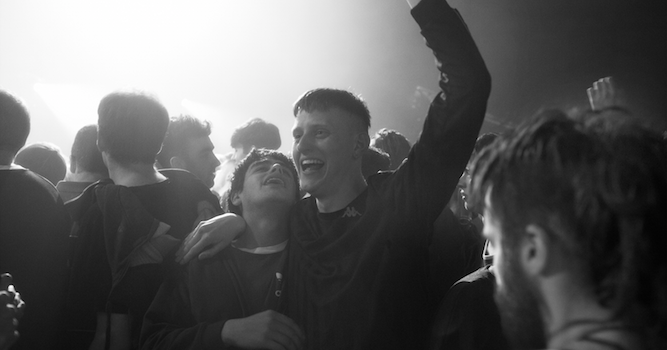 BEATS CUED UP FOR UK & IRISH CINEMAS ON 17 MAY

BRIAN WELSH’S STORY OF 90s RAVE CULTURE Altitude will release Brian Welsh’s highly anticipated BEATS in cinemas across the UK and Ireland on 17 May. Scotland. ...

Altitude will release Brian Welsh’s highly anticipated BEATS in cinemas across the UK and Ireland on 17 May.

Scotland.  1994.  Just as the Criminal Justice Bill attempted to place restrictions on the UK’s rave culture and the free party movement, BEATS is a story of friendship, rebellion and the irresistible power of gathered youth.  A universal coming of age story, set to a soundtrack as eclectic and electrifying as the scene it gave birth to, BEATS is a story for our time.

Best mates Johnno and Spanner (Cristian Ortega and Lorn Macdonald in their feature film debuts) share a deep bond.  Now on the cusp of adulthood, life is destined to take them in different directions – Johnno’s family are moving him to a new town and a better life, leaving Spanner behind to face a precarious future.  But this summer is going to be different for them, and for the country. The explosion of the free party scene and the largest counter-cultural youth movement in recent history is happening across the UK.

Altitude’s head of theatrical, Lia Devlin said, “BEATS is an infectiously euphoric and spirited coming-of-age film that marks the introduction of a huge new talent in director Brian Welsh. It works both as specific document of one of the most important youth culture movements ever seen and also as a timeless reminder of the joyfulness in having a good time with your friends.