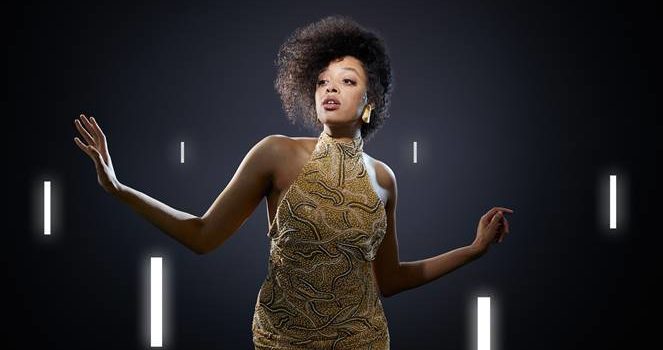 A NEW STRAND OF XR AND IMMERSIVE ART

AND A NEW PARTNERSHIP WITH THE NATIONAL THEATRE

LONDON, Thursday 3 September, 2020:  The BFI London Film Festival, in partnership with American Express, today announces LFF Expanded: the Festival’s new dedicated strand of XR and Immersive Art. Using cinema as a jumping off point, LFF Expanded will be an expansive space for programming, featuring Virtual Reality, Augmented Reality, Mixed Reality and including live immersive performance. LFF Expanded will feature bold, innovative creators from around the world who use a range of creative techniques to ensure audiences are not in front a work of art, a film or a performance, but in the middle of it.

LFF Expanded will be open throughout the BFI London Film Festival (7-18 October 2020).

The Expanse will feature a virtual gallery for the LFF’s twenty 360 video and immersive works, plus a virtual theatre which will house a line-up of live talks and events across the Festival. The platform has been built by INVR.SPACE, an award-winning full-service VR studio space as well as immersive media Research Facility.

Audiences will be able to access The Expanse, connect with one another and view the works, using tethered and non-tethered (Oculus Quest) headsets. For those that do not have a headset at home, the Festival will have a number of headsets available for use at the BFI Southbank for attendees to book and experience the platform in-person. There will also be a 2D browser version of the platform for those wishing to view the theatre events at home. To view the works outside of the platform, attendees can access the Festival’s 360 video programme via Oculus TV and the dedicated LFF 360 Player via WebXR, viewable in mobile VR-headsets.

Today LFF Expanded also announces a new partnership with the National Theatre and its Immersive Storytelling Studio, which works with artists and emerging technologies to develop new content and experiences. The National Theatre will deliver the exhibition together with LFF in future years, and in 2020 presents the Studio’s VR immersive experience ALL KINDS OF LIMBO as part of LFF Expanded.

XR Programmer Ulrich Schrauth said: “While the inaugural XR programme for the BFI London Film Festival will look different than what we had originally envisioned…out of necessity sometimes comes innovation and we are hugely excited to present our LFF Expanded plans for 2020. Shifting the full artistic programme into the virtual realm makes it even more accessible for all kinds of audiences and creates new opportunities for creative formats and artistic impression. We are very proud and thankful that all these amazing artists have entrusted us with their work. And it feels that together, we are shaping the future of immersive art exhibition”.

BFI London Film Festival Director, Tricia Tuttle said: “Despite the challenges of the year, we are so thrilled to be able to deliver such an ambitious first LFF Expanded. This new programme of XR, Immersive and Interactive works will sit alongside our film programme, as we also expand to include series, television and episodic filmmaking. We are eager to create a platform for showcasing brilliant new work at the Festival that reflects the blurring boundaries of many of these visual storytelling forms and a future in which creators move with increasing ease between them.”

ALL KINDS OF LIMBO

As part of the LFF Expanded programme this year, the National Theatre will present a new cutting-edge version of their VR immersive experience ALL KINDS OF LIMBO both to audiences at the BFI Southbank and international audiences virtually for the first time. The VR experience, inspired by National Theatre director Rufus Norris’ production of Small Island, uses immersive technologies and a life-size volumetrically captured performance to take audiences on a unique musical journey. Through a specially commissioned, 10-minute piece of music, vocalist Nubiya Brandon, composer Raffy Bushman and the NuShape Orchestra take audiences through musical genres including reggae, grime, classical and calypso, reflecting the historic influence of West Indian and black culture on the UK music scene.

Toby Coffey, Head of Digital Development at the National Theatre said: “Immersive storytelling is an incredible genre that finds itself taking inspiration from both film and theatre and I can’t think of a more fitting partnership than one between the National Theatre and the BFI to celebrate this. Celebrating and recognising the richness of cultural diversity is central to British society in 2020. As such we’re delighted to be presenting the National Theatre’s ALL KINDS OF LIMBO as part of the Festival. This project celebrates the influence of Caribbean culture on the UK music scene from the late 1940s to today.”

The 64th BFI London Film Festival in partnership with American Express takes place from Wednesday 7th October-Sunday 18th October 2020. The full Festival programme will be announced at an online launch on Tuesday 8th September 2020 and all tickets will be bookable from Monday 21 September 2020.