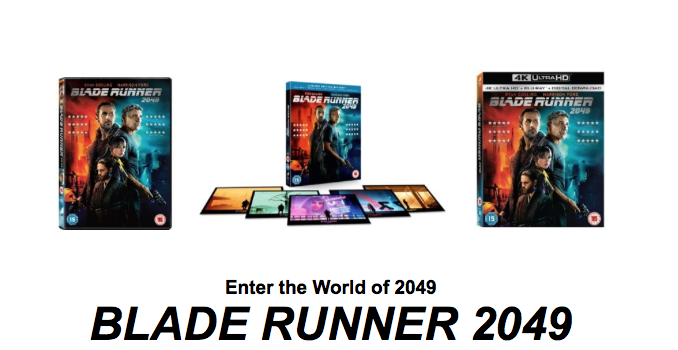 The DVD is loaded with more than 30 minutes of added value, including six vignettes on ‘The Rise of Wallace Corp’ and ‘The Replicant Revolution,’ and three prologues – 2022: Blackout, 2036: Nexus Dawn and 2048: Nowhere to Run. The 4K Ultra HD and Blu-ray editions contain 60 minutes of bonus content, including an in-depth featurette on ‘Designing the World of Blade Runner.’

Synopsis:
Thirty years after the events of the first film, a new blade runner, LAPD Officer K (Gosling), unearths a long-buried secret that has the potential to plunge what’s left of society into chaos. K’s discovery leads him on a quest to find Rick Deckard (Ford), a former LAPD blade runner who has been missing for 30 years.