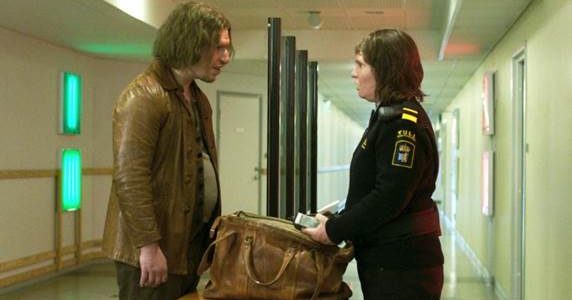 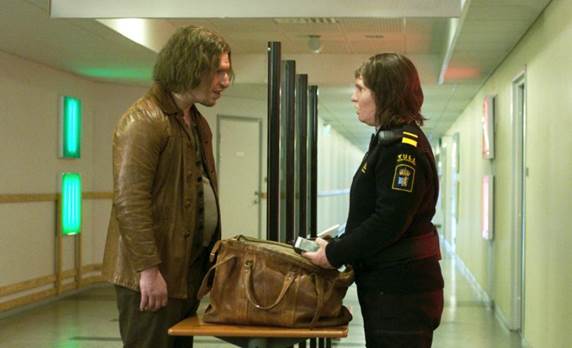 “Unlike anything you’ve seen before” Screen Anarchy

“Prepare yourself for something romantic and unpredictable” The Playlist


From the writer of LET THE RIGHT ONE IN

A film by Ali Abbasi

The eye-opening and uncategorizable Cannes Un Certain Regard top-prize winner BORDER will be released in UK and Irish cinemas by Modern Films and MUBI on 8 March 2019 with Valentine’s Day previews across the country on 14 February 2019including a BFI Flagship screening attended by cast and crew.

BORDER features an astonishing central performance from Eva Melander (Flocking), as a woman out of place in society, and strong support from Eero Milonoff (The Happiest Day in the Life of Olli Maki) as the source of her fascination – with both actors undergoing incredible physical transformations for the roles.

Directed by Iranian-Danish filmmaker Ali Abbasi, co-written by Isabella Eklöf (dir. Holiday) and LET THE RIGHT ONE IN author John Ajvide Lindqvist on whose story this film is also based, BORDER brilliantly mixes romance, noir, social realism and supernatural horror to a bold and surprising effect.

Customs officer Tina is known for her extraordinary sense of smell. It’s almost as if she can sniff out the guilt on anyone hiding something. But when Vore, a suspicious-looking man, walks past her, her abilities are challenged for the first time ever. Tina can sense Vore is hiding something she can’t identify. Even worse, she feels a strange attraction to him.

As Tina develops a special bond with Vore and discovers his true identity, she also realizes the truth about herself. Tina, like Vore, does not belong to this world. Her entire existence has been a lie and now she has to choose: keep living the lie or embrace Vore’s terrifying revelations.

Winner of the Un Certain Regard Award at the Cannes Film Festival, BORDER has been nominated for nine Swedish Academy Awards and is the official Swedish entry for the Oscars 2019. It is distributed in North America through Neon in partnership with MoviePass, where it has grossed over $1m.

Made for anyone with a love of cinema and a passion for stories that explore the human condition, BORDER gives an empathetic and mesmerising depiction of what it means to be an outsider in your own world and to fall in love no matter who you are.

BORDER is a dark fairytale like no other, an alternative date-movie to savour and a film marked out to be a future cult classic.