IMAX has unveiled exclusive artwork for the first female led superhero film in the MCU and it reinforces how visually breathtaking (and badass) “Captain...

IMAX has unveiled exclusive artwork for the first female led superhero film in the MCU and it reinforces how visually breathtaking (and badass) “Captain Marvel” will be in IMAX cinemas! To check out Brie Larson in IMAX’s exclusive artwork, please see attached.

If moviegoers want to feel like they are right there with Carol Danvers, Captain Marvel herself, throughout her intergalactic adventure, they must see it in IMAX because the presentation of “Captain Marvel” will be specially formatted for IMAX cinemas which means key sequences will be presented with up to 26% more picture on the biggest screen (vs. the standard picture in standard cinemas).

The IMAX release of “Captain Marvel” will also be digitally re-mastered into the image and sound quality of The IMAX Experience® with proprietary IMAX DMR® (Digital Re-mastering) technology. The crystal-clear images, coupled with IMAX’s customised cinema geometry and powerful digital audio, create a unique environment that will make audiences feel as if they are in the movie. 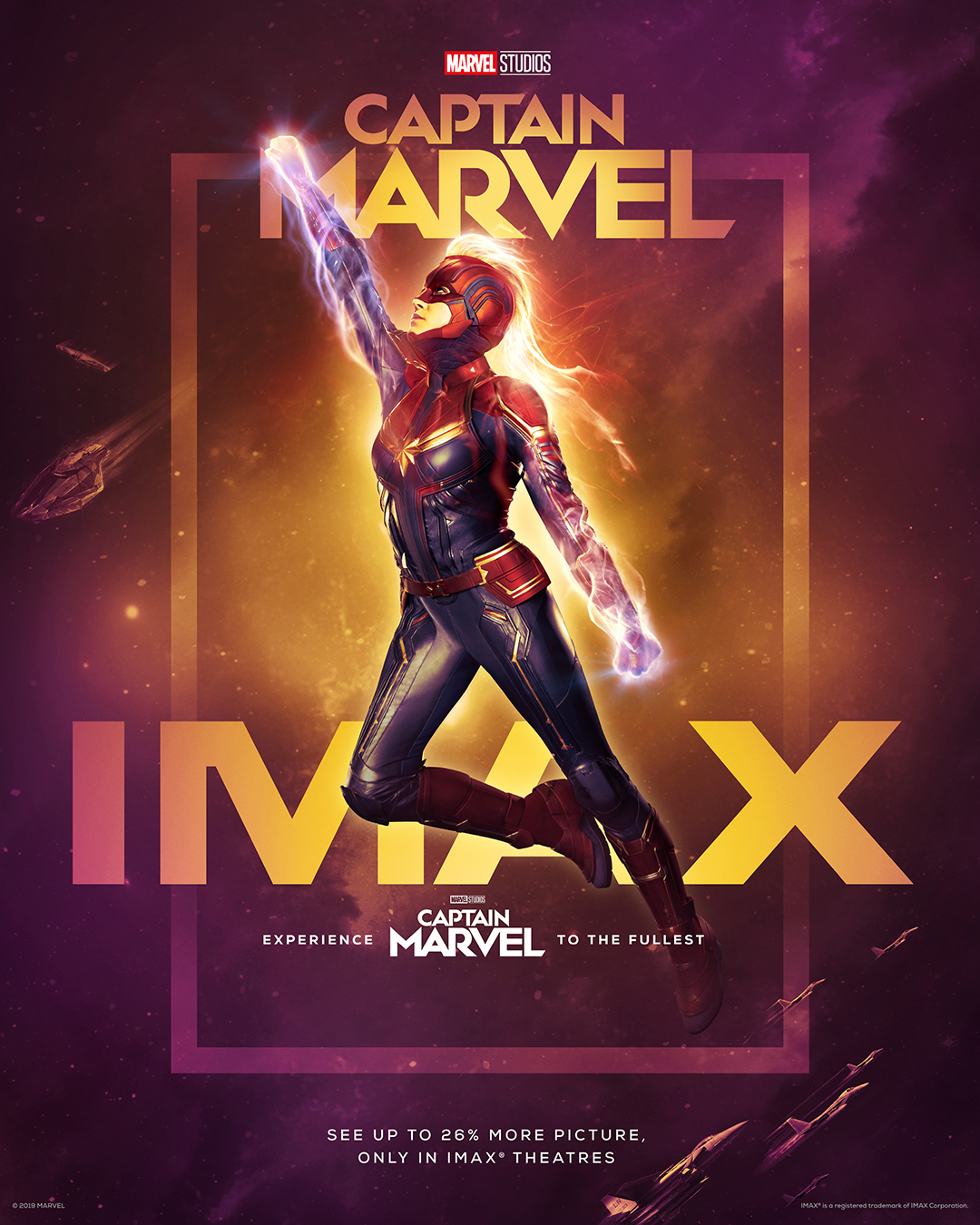 Set in the 1990s, Marvel Studios’ “Captain Marvel” is an all-new adventure from a previously unseen period in the history of the Marvel Cinematic Universe that follows the journey of Carol Danvers as she becomes one of the universe’s most powerful heroes. While a galactic war between two alien races reaches Earth, Danvers finds herself and a small cadre of allies at the center of the maelstrom.