By Light Of Desert Night is out on 25th May on Sky Store, Prime Video, Virgin, Chili Cinema and Pluto TV!

BY LIGHT OF DESERT NIGHT

Out on 25th May on Sky Store, Prime Video, Virgin, Chili Cinema and Pluto TV

Friendship can be as blind as love!

When a camping trip goes horribly wrong, this dark thriller ‘By Light Of Desert Night’ brings together three best friends who head on a road trip into the desert for one final adventure, but twisted secrets are revealed that will change their lives forever. 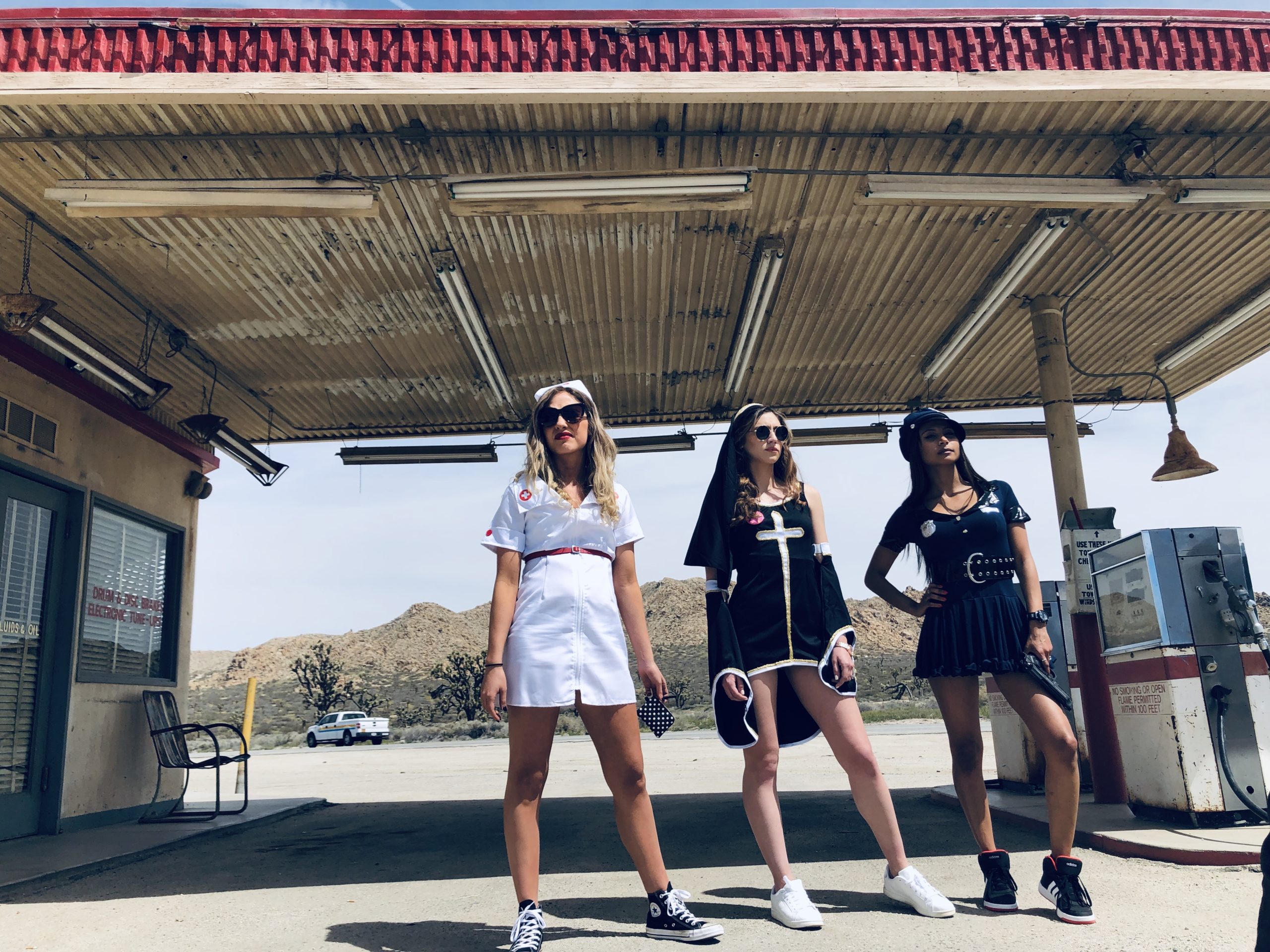 Swiss Sensation Lara Pictet plays the lead star ‘April’ in this raw and destructive indie film about a school girl who re-unites with her two besties; Suzy (played by Meghan Carrasquillo) and Beth (played by Alexandra Bokova) and embark on a trip to Raven Rock, ahead of April’s small town ‘wedding of the year’ to high school sweetheart Richie (played by Max Grey Wilbur).

Shocking events unfold that expose their seemingly solid friendship as a warped web of jealousy, deceit and betrayal. Does Raven Rock hide a hidden evil within the desert or does the harsh reality behind the girls’ friendship set them on a path of destruction?

By Light Of Desert Night is the debut feature from writer/director David Stuart Snell and produced by Ashley Pugh (Life After Flash) & John D. Rakoff (A Street Cat Named Bob). Filmed in the valley of fire in Nevada desert, the film is designed to create a connection with the viewer and characters which deliberately eschews trickery where you will experience every shock and twist alongside them. This mysterious yet cunning film will have you watching your back for weeks. 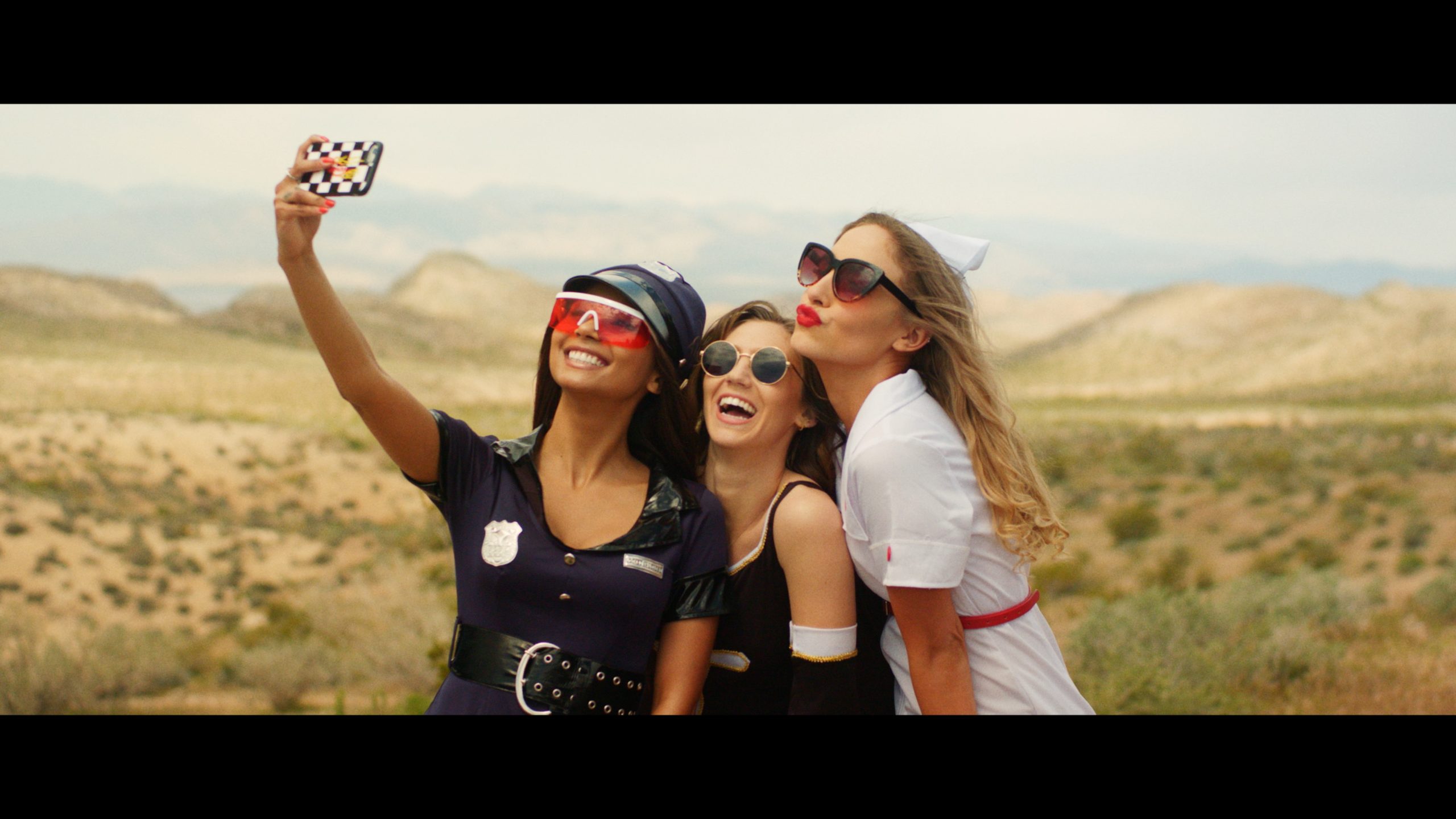 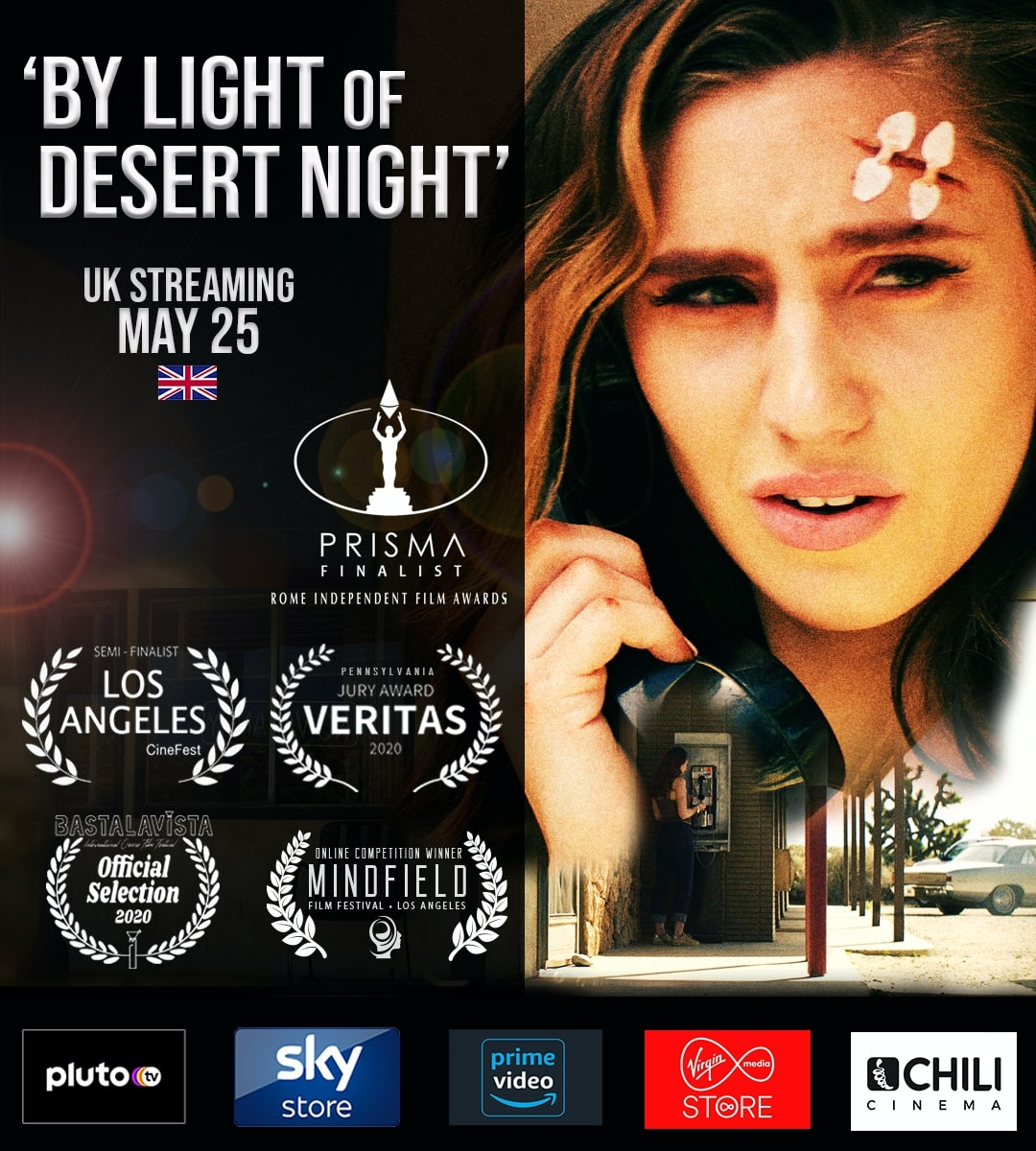 Director David Stuart Snell quotes: “I have so much admiration for actors. On set, Lara and I laid in a dirty ditch for two days under the blazing sun to capture the final scenes. For me that’s real filmmaking. Down and dirty, in the trenches with your cast and crew, smiling.”

By Light Of Desert Night was quickly picked up for online distribution in the USA by Gravitas Ventures and was featured in several film festivals, reaching Finalist at the Prisma Independent Film Awards in Rome and taking the Jury Award at the Veritas Arts Festival in Pennsylvania.