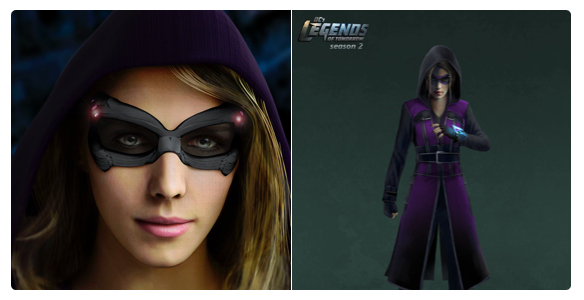 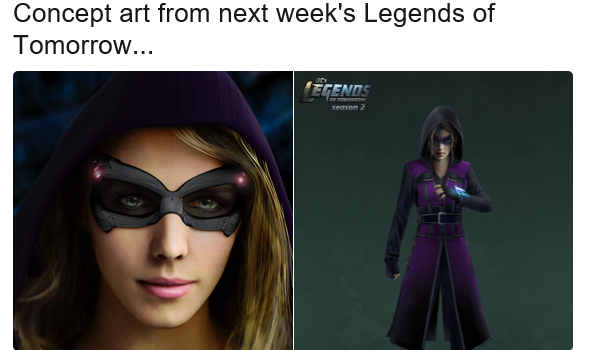 If there was one character from the Arrowverse who we’ve been screaming out to get her own costume and possibly full-blown hero alter-ego it...

If there was one character from the Arrowverse who we’ve been screaming out to get her own costume and possibly full-blown hero alter-ego it has to be Emily Bett Rickards’ Felicity Smoak. While she does go under the guise of Overwatch in Arrow, we’ve yet to see Felicity turn into a fully fledged hero/vigilante of sorts but it appears that’s all about to change.

While it won’t be happening on Arrow any time soon, executive producer to the Green Arrow show and Legends of Tomorrow Marc Guggenheim has revealed via Twitter a version of Felicity that we cannot get over. We’re talking palpitations people!

Teasing the next Legends of Tomorrow episode to air in the US on 28th March, Guggenheim revealed a new look Felicity who has her own mask and awesome purple attire. This look will be part of the Doomsworld episode for which you can watch the trailer and read the synopsis below.

After obtaining the Spear of Destiny, the Legion of Doom rewrites reality, leaving the Legends changed, perhaps forever. Frightfully, the Legends’ and the world’s hopes rest with Rory, but being the “hero” is not easy for him. Meanwhile, there is tension within the Legion of Doom and the reason why the Spear of Destiny needs to be destroyed is revealed.