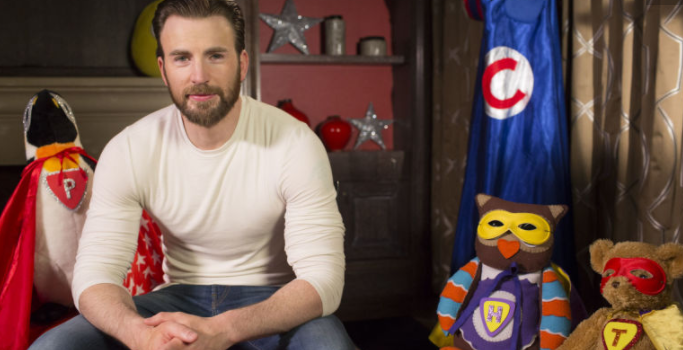 Captain American himself - Chris Evans - follows in the footsteps of Tom Hardy as he'll appear on the popular early years channel.

Following in the footsteps of Academy Award-nominee Tom Hardy, Captain America himself – Chris Evans – will take a seat on the BBC’s early years channel CBeebies, reading a charming tale for their Bedtime Stories show.

Other high-calibre performers who have recently been involved with the programme include James McAvoy, Rosamund Pike, and Damian Lewis.

Rather fittingly, Evans will be reading “Even Superheroes Have Bad Days” by co-authors Shelly Becker and Eda Kaban. “I’m honoured to be the next guest on CBeebies Bedtime Stories, which is such a special show,” Evans said. “I hope families have as much fun watching as I had reading!”

Evans’ episode will air at 6.50pm on Wednesday 10th May on CBeebies. He’ll be seen next in Marc Webb’s Gifted, and again as Cap next year in Marvel Studios’ Avengers: Infinity War.