COMPELLING DOCUMENTARY TO DEBUT AT RAINDANCE

A PORTRAIT OF MIKE EDMONDS, THE ACTOR WHO NEVER ALLOWED HIS HEIGHT (OR LACK OF IT) TO STAND IN HIS WAY This compelling and engaging...

A PORTRAIT OF MIKE EDMONDS, THE ACTOR WHO NEVER ALLOWED HIS HEIGHT (OR LACK OF IT) TO STAND IN HIS WAY

This compelling and engaging film, produced and directed by Red Stable films’ Simon Frith, takes us into the extraordinary world of actor Mike Edmonds, who has starred in countless feature films including STAR WARS, RETURN OF THE JEDI, TIME BANDITS and many more.  A great acting talent, a true professional and a person of extraordinary drive, kindness and relentless good humour, Under the Radar is also a tale of triumph in the face of disability – or as Mike amply demonstrates, ability. 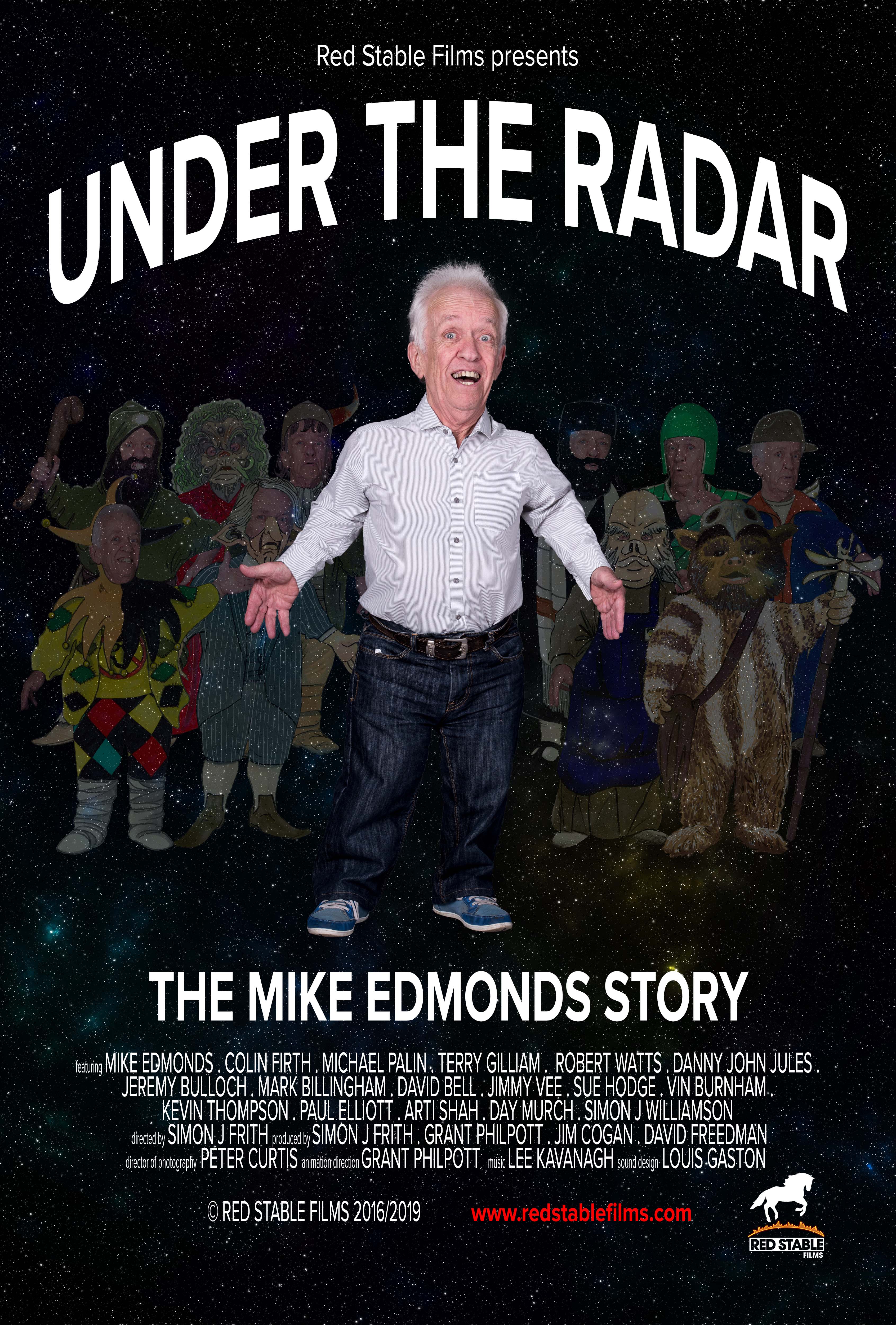 While both his parent were of ordinary size, Mike was born with Achondroplasia, or dwarfism, which brings with it a range of challenges both practical and medical. Mike has had to undergo frequent surgery throughout his adult life, while balancing this with a busy schedule of stage and screen roles.

Mike’s schoolfriends describe a well-loved and highly mischievous classmate, a regular at his local cinema and a voracious reader of comics. Despite the offer of a comfortable future working with his parents, Mike was keen to forge his own path in life, taking a job with an electronics business in vibrant, swinging 60’s Southend.  His interest in acting persisted, however, via a subscription to The Stage magazine where he came across a casting advertisement for “midgets” – or as most Achondroplasia sufferers prefer to say, ‘little people’ – and took the plunge.  His onward story finds him being in regular demand, as Mike puts it, as a ‘specialist extra’, meeting the often gruelling demands of heavy costume work with aplomb and good humour. His talent was soon noticed by legendary STAR WARS’ producer Robert Watts who gave him an increasingly rewarding progression of roles – including the operator of Jabba the Hutt’s tail!

UNDER THE RADAR will have its UK Premiere at Raindance on 26th September at 9pm and a Q&A after the screening will feature Mike and his guests, including colleagues from Star Wars, Time Bandits, The Dark Crystal, and hopefully actor Danny John Jules (Death in Paradise, Red Dwarf, Maid Marian and Her Merry Men), subject to work commitments.

There is a further industry screening of UNDER THE RADAR at 4:15pm on 27th Sept