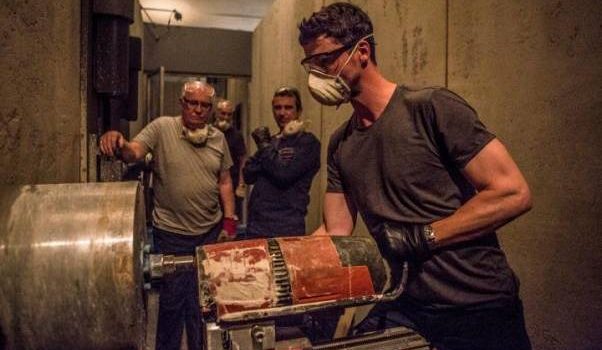 Competition – Win A DVD Copy Of The Hatton Garden Job!

To celebrate the upcoming release of The Hatton Garden Job on DVD and Blu-ray, we’re giving three lucky readers the chance to win the...

To celebrate the upcoming release of The Hatton Garden Job on DVD and Blu-ray, we’re giving three lucky readers the chance to win the film on DVD!

To enter simply answer the question below. Good luck!

The old boys are determined to go out with a bang, as the movie adaptation of the most talked-about heist of the century; The Hatton Garden Job, arrives on Blu-ray and DVD on 12th June, courtesy of Signature Entertainment.

Also starring Phil Daniels (TV’s EastEnders, Quadrophenia), Mark Harris (Riot, Anuvahood), Joely Richardson (Snowden, The Girl With The Dragon Tattoo), David Calder (Rush, The Lady In The Van), Clive Russell (TV’s Game Of Thrones, Ripper Street) and Stephen Moyer (Concussion, TV’s True Blood), The Hatton Garden Job is the crime romp of the year, and an absolute steel of a gift for any other old lags this Father’s Day.