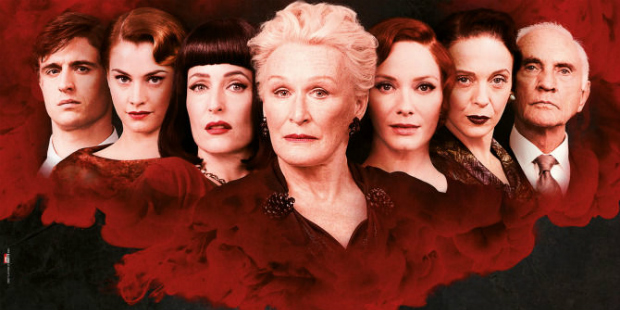 One of Christie’s favourite stories finally makes the jump to the big screen and comes out mostly unscathed. Agatha Christie, much like fellow author...

One of Christie’s favourite stories finally makes the jump to the big screen and comes out mostly unscathed.

Agatha Christie, much like fellow author Stephen King, seems to be experiencing a renaissance of sorts when it comes to adapting the pages of books to the big screen. Having seen a star-studded remake of Murder On The Orient Express emerge for umpteenth time, Christie’s Crooked House is the next to receive the treatment. Somewhat surprisingly, one of Christie’s favourite stories has yet to make the jump to the screen, but courtesy of a writing team including Julian Fellowes, that has all changed in what emerges as a reasonably successful adaptation.

Charles Hayward (Max Irons) is tasked with uncovering the true depths of a murder case that involves an individual from him past whose he clearly still has feelings for. That woman is Sophia de Haviland (Stefanie Martini), a beautiful yet not entirely trustworthy grandchild of the murder victim who comes under questioning along with further members of the Leonides family. Those under the microscope include Glenn Close’s Lady Edith, Sophia’s mother (Gillian Anderson) and father (Julian Sands), among others.

As ever, as the mystery slowly unfolds Christie’s story becomes ever the more intriguing and coupled with some beautiful scenery Crooked House proves to be a success in engaging storytelling and setting the scene for the secrets to slowly become uncovered.

While leading figure Max Irons always seems to leave a question mark over his head in strong casting, it’s undeniable to say that this is a brilliant motley crew that has been banded together to create that familiar whodunnit scenario. Close is scintillating as the matriarchal figure of the family, shotgun and all, while the likes of Anderson and the Marilyn Monroe-esque Christina Hendricks both simmer in each of their involvements. Further weight is added by the stunning Martini, while the old head of Sands helps to drive on the scenario of the murderer being outed.

It may feature a rather surprising ending for a Christie story, Crooked House is interesting enough to keep your focus and the pay off that we’re waiting for is digestible enough that you won’t feel short-changed or wronged. The locale is beautiful and the cast, for the majority, do their bit in making this one a slight winner over the most recent trip on the Orient Express…