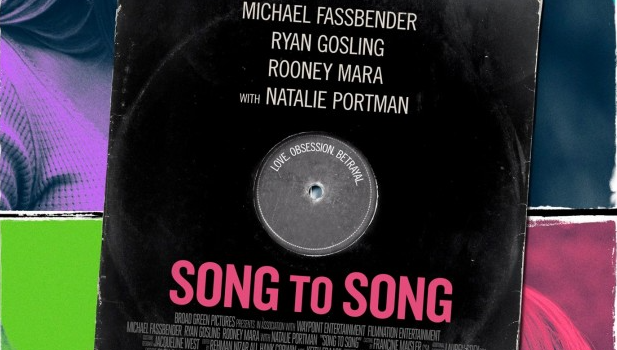 It’s quite the ‘band’ director Terrence Malick has assembled for his latest effort Song To Song, the first of two films (Radegund starring Matthias Schoenaerts later this year) Malick is set to release in 2017. Quite the feat for a director who left it 20 years after Days Of Heaven to draw The Thin Red Line.

Ahead of its hotly-anticipated debut at this year’s South By Southwest Festival next month, we’ve been treated to an impressive new poster that merely teases the ‘love, obsession, betrayal’ that will be littered throughout its narrative, as we eagerly await footage of the film.

The stellar four-piece anchoring the film will be embroiled in two intersecting love triangles, as the diversity of Austin, Texas’ music scene provides the backdrop, with the likes of Val Kilmer, Benicio Del Toro and Florence Welch from much-loved band Florence And The Machine likely to be making the final cut.

Song To Song is officially released Stateside on 17th March, with a UK release date yet to be confirmed.

Source: Oh No They Didn’t