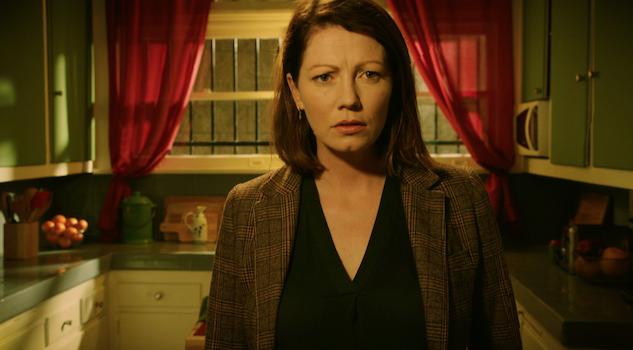 Director Monique Sorgen’s short Sorry, Not Sorry, which was inspired by William Carlos William’s 1934 poem This is Just to Say, tells a humorous and relatable tale...

Director Monique Sorgen’s short Sorry, Not Sorry, which was inspired by William Carlos William’s 1934 poem This is Just to Say, tells a humorous and relatable tale about being in a couple. This entertaining short film has been selected for numerous high profile film festivals including Cleveland International Film Festival, Florida Film Festival, the American Pavilion of Emerging Filmmakers Showcase at Cannes and the 10th Annual Women in Comedy Film Festival.

A couple’s oneupmanship reaches unbelievable heights after a man eats his wife’s plums.

Writer/Director Monique Sorgen’s first short Pants on Fire garnered international distribution, screened on TV and airlines around the world, including the prestigious ARTE Network in Europe. Her directing work includes several music videos for the band Thirstbusters, which have been featured on Disney XD, The Dish Network and Yahoo Music. Currently, she is in post-production on a new short film, Bad BFF which will serve as a proof of concept for her feature film debut.

Producer Darryl Pugh Jr began his career as a Media Engineer for Disney. Today Darryl works as a Senior Video Channel Producer and Studio Manager for Capital Group, a Mutual Fund and Investment Firm. Throughout Darryl’s career he has produced a wide variety of content including documentaries, TV productions, web series, commercials, corporate videos, marketing content and independent films. He is currently enrolled in the Producing Program at UCLA Film School.