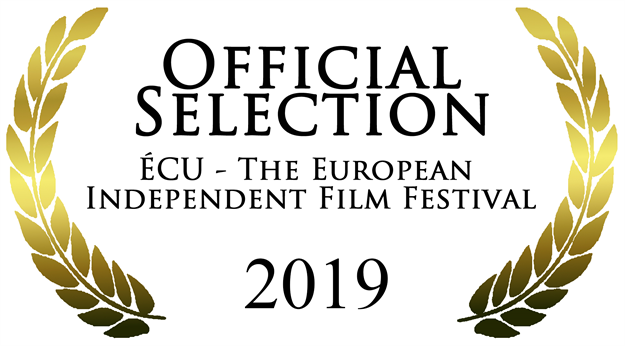 February 13, 2019. PARIS, FRANCE. ÉCU – The European Independent Film Festival is honoured to announce its Official Selection for its 14th edition which...

February 13, 2019. PARIS, FRANCE. ÉCU – The European Independent Film Festival is honoured to announce its Official Selection for its 14th edition which will be held on the 5th, 6th and 7th of April, 2019 in Paris, France.

ÉCU 2019 will showcase 80 films from 31 countries ranging from features, shorts, documentaries and animations to student films and experimental works. Filmmakers will compete for 25 awards in 14 categories, culminating with the festival’s top award ‘Europe’s Best Independent Film 2019’.

Continuing ÉCU’s commitment to acknowledging the contribution and participation  of female directors at the festival, we will be presenting the “Excellence in Women’s Filmmaking” award for the fifth consecutive year.

As a result of ÉCU’s commitment to the discovery, promotion and projection of independent films, it is often referred to as the European equivalent of the Sundance Film Festival.

Some highlights from the ÉCU 2019 Official Selection include:

PATER FAMILIAS (Italy), directed by Giacomo Boeri: a father, his son’s mobile phone and social medias. A bittersweet reflection upon generations and the desire of being young.

SHE IS THE OCEAN (Russia), directed by Inna Blokhina: a unique documentary about nine women of different ages, whose lives have been changed by the Ocean. A moving story that explores femininity and the search for meaning beyond the normal constraints of society.

SALAM (UK), directed by Claire Fowel: Starring Iron Man actress, Leslie Bibb, this is the story of a Muslim female Lyft driver who has to navigate the night shift in NYC, while waiting for life or death news from Syria. A deep dialogue between different cultures and values.

KNOTS (UK), directed by Zak Emerson: An alien form emerges from the dark, a body contorts and ripples following the increasingly intense electronic sounds of Ben Chatwin’s music. This avant-garde music video is an immersive experience which reflects on birth, life and spirit.

LE MAL BLEU (France) directed by Anaïs Tellenne, Zoran Boukherma: Marie-Pierre is a strong woman, who is very self-confident and can manage to impose her will in a man’s world. Anyway, she has an unhealthy jealousy towards her husband. A wacky but touching film about being vulnerable.

“Drama, hope, despair, sex, birth, love and the lack of it – these are only some of the subjects ECU 2019’s Official Selection present to our audience this year.
Add angst, lust, violence and sheer fuzzy affection to the mix and we can ensure you that the films that we are presenting will make their moves – Indie Cinema rules – so just Dare to be Indie!”

During the festival it will be possible for the attendees to participate in several workshops, as well as ‘Meet-The-Directors’ discussions where audience members can interact directly with the filmmakers.