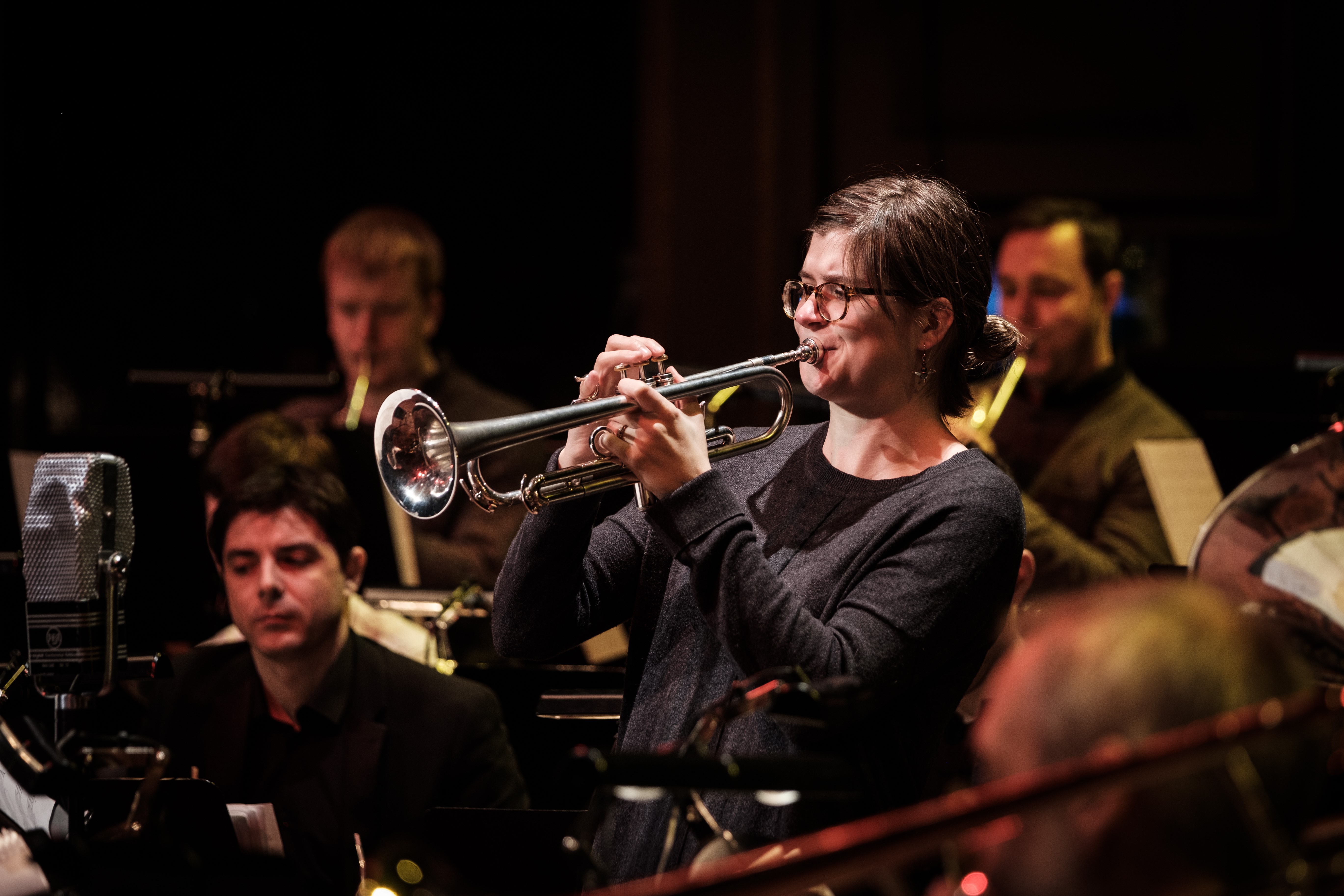 As part of the Festival’s Spanish theme in 2019, Miles Davis’ hugely popular album SKETCHES OF SPAIN will be performed by the SNJO at the Queen’s Hall on Friday 28th June.

This highlight of EIFF’s Spanish programme will see award-winning trumpet player, composer and improviser Laura Jurd take centre stage in the Miles Davis role. A recipient of multiple awards and a BBC New Generation Artist from 2015-2017, Laura has developed a formidable reputation as one of the most distinctive and creative composer-performers to emerge from the UK in recent years.

Stemming from their interest in the Spanish folk tradition, Davis and arranger/composer Gil Evans recorded the album between November 1959 and March 1960. It was the recipient of the 1961 Grammy Award for Best New Jazz Composition and has since gone on to become one of the most celebrated albums of all time.

Founded by Tommy Smith in 1995, the SNJO is dedicated to promoting jazz as a pre-eminent art form through performances, original compositions, recordings and educational outreach programmes.

Tommy Smith said: “It’s always an honour to present the arrangements of Gil Evans and Miles Davis with the SNJO and our featured guest Laura Jurd, and especially within this invitational concert from the Edinburgh International Film Festival. One of the seminal works in the

jazz canon, Sketches of Spain transcends classification from the norm and presents a modern European vista through the window of classical composition and the language of jazz. Within the sounds and textures of the 5 movements of Sketches, you will be able to imagine the azure glow, fragrances of Spain, and all the emotions that stir the heart. All I can say is thank you for this golden opportunity.”

EIFF’s Once Upon a Time in Spain retrospective will also feature screenings of work by some of the country’s best-known filmmakers including a spotlight on Spanish actor, writer and director Icíar Bollaín and a late-night strand of Spanish cult classics. This will be accompanied by a country focus presenting a selection of new films by up and coming Spanish filmmakers: this programme will also see visits by several Spanish filmmakers and a series of industry events designed to introduce them to their contemporaries from the UK. This year’s Spanish country focus is being supported by EventScotland, part of VisitScotland’s Events Directorate.

Contemporary titles in this year’s country focus will include: Notes For a Heist Film (2018) by Leon Siminiani and The Hidden City (2018) by Victor Moreno. Also screening as part of the contemporary cinema programme will be Chef’s Diaries: Scotland where Spanish chefs, the Roca brothers, holders of three Michelin stars, embark on a new challenge: exploring Scotland to celebrate the surprising number of world-class products and award-winning chefs, producers and farmers found here.

Paul Bush OBE, VisitScotland’s Director of Events, said: “EventScotland is delighted to be supporting Once Upon a Time in Spain as part of this year’s Edinburgh International Film Festival. As a key visitor market and with the strong cultural links between Spain, especially of the Galician culture, and the Celtic culture in Scotland, the Festival is the perfect stage to celebrate our connection through this wonderful programme of films.

Tickets will be on sale from Wednesday 20th March and can be booked here:

For more information on the 2019 Festival visit www.edfilmfest.org.uk.