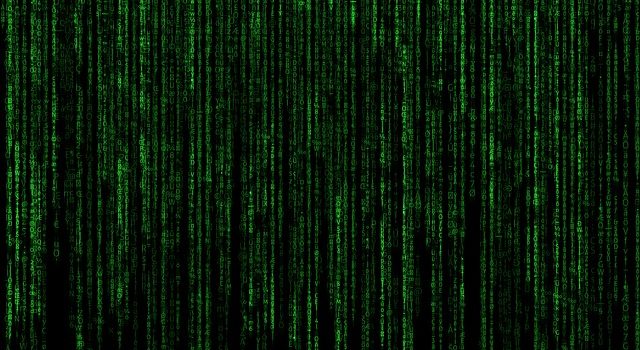 Enter The Matrix With The New Slot Game From Playtech

The Matrix is a five reel slot machine with 50 paylines, which is based on the well-known 1999 sci-fi film of the same title....

The Matrix is a five reel slot machine with 50 paylines, which is based on the well-known 1999 sci-fi film of the same title. Released in late 2017, the game features various elements from the movie, such as the Matrix digital rain, which is used as a backdrop. But the Matrix theme does not end there – The Matrix slot machine also offers players to see their favourite characters from the film.

The film-themed slot game is designed by renown iGaming software provider Playtech. This is a dedicated game provider, which invests a lot of effort into its games’ bonus features, and that is why The Matrix slot boasts as much as three bonus features. In The Matrix slot, for example, players can win either 8 or an unlimited number of Free Spins with a 1.5x Multiplier. Last, but not least, gamblers can stake as little as 0.50 credits to as much as 500 credits per spin, and the jackpot amounts to 500 credits.

The Matrix has outstandingly good imagery. As mentioned already, the Matrix code is used as a backdrop, and there is authentic footage from the movie, too. Furthermore, The Matrix slot has various themed symbols. For example, there are four types of code, sunglasses, telephones, as well as three Matrix characters – Agent Smith, Morpheus, and Trinity.

Of course, The Matrix slot has Wild and Scatter symbols as well. The Wild symbol is represented by Neo in coding form – it substitutes all other symbols, except for the Free Games Scatter symbol. Incidentally, the Free Games Scatter is the highest-paying symbol, rewarding players with 2, 6 or 10 times their stake, depending on the number of symbols shown across a payline. In addition, there is a black cat, which appears as a Wild on the fifth reel and has a bonus feature, too.

As mentioned on this review of matrix slot, Playtech has invested a lot of effort into providing The Matrix slot with an array of amazing bonus features. Essentially, the slot has two Free Spins bonus features, as well as a Shuffle bonus feature.

The main attraction of The Matrix are the two Free Spins bonus features. To trigger those, players need to land a Free Games Scatter symbol on the first, third, and fifth reel during the base game. When the feature is activated, players get to see a footage from the sci-fi film and are then asked to choose one of two different modes – Agent Smith Free Games or Nebuchadnezzar Free Games.

The Agent Smith Free Games feature, which is positioned on the left side of the screen and is coloured in red, rewards players with 8 Free Spins. But wait – there is more – during the Free Games mode, Agent Smith symbols overwhelm the reels, and more of those symbols are added after each spin to increase players’ winning chances. On the other hand, it is not possible to activate more Free Spins.

Coloured in blue and positioned on the right side of the screen, The Nebuchadnezzar Free Games gives players unlimited Free Spins. Here, the Sentinel Wild symbol overwhelms the reels and locks in place whenever it appears; the Free Games round continues until there are 6 Sentinel Wilds on the reels at the same time. Keep an eye out for the orb, which removes all Sticky Wilds when it appears on the reels.

When the black cat Wild symbol covers the fifth reel completely, the Déjà Vu Shuffle bonus feature is triggered. Then, the Wild reel moves to the first one so there are two Wild reels; all remaining symbols will shuffle to yield a guaranteed win.